Aquaman (DC) can both communicate and only control aquatic creatures in theory.  This power is a type of mind control and the standard explanation is that animals have different/weaker minds so a character that could not exercise mind control over a human could control some types of animals.

However, Aquaman demonstrates the ability to control humans much to the chagrin of the telepathic Martian Manhunter (DC) in Justice League of America V1 #235. 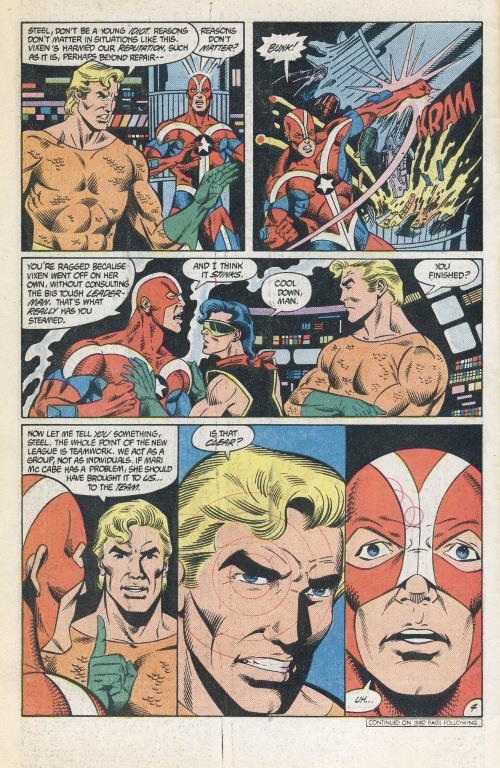 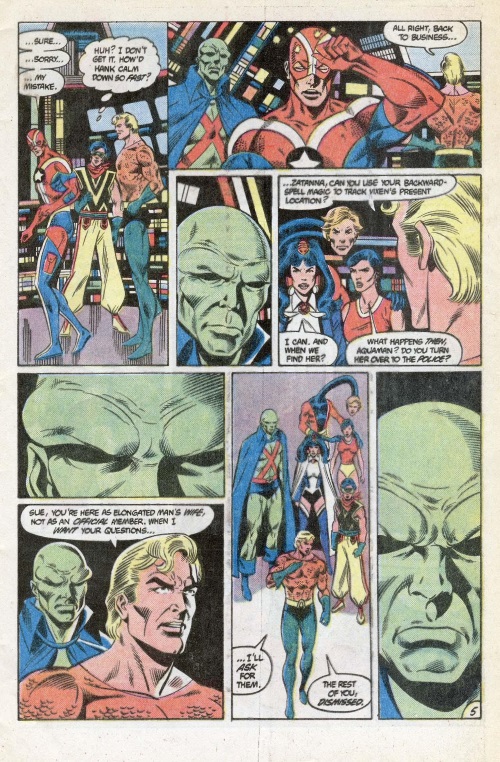 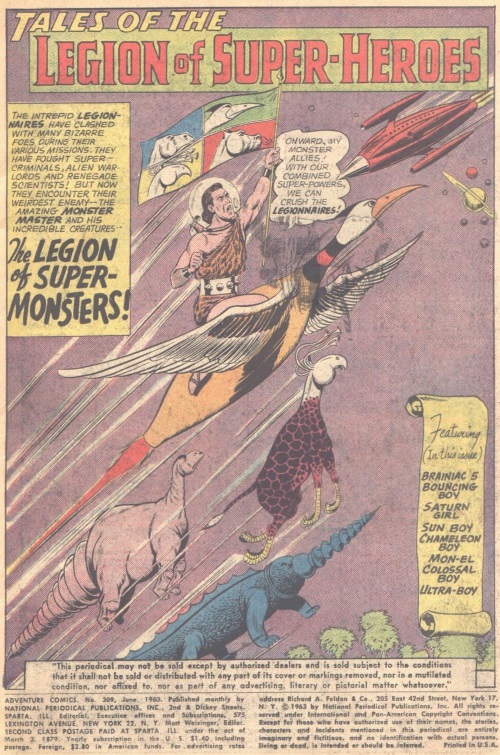 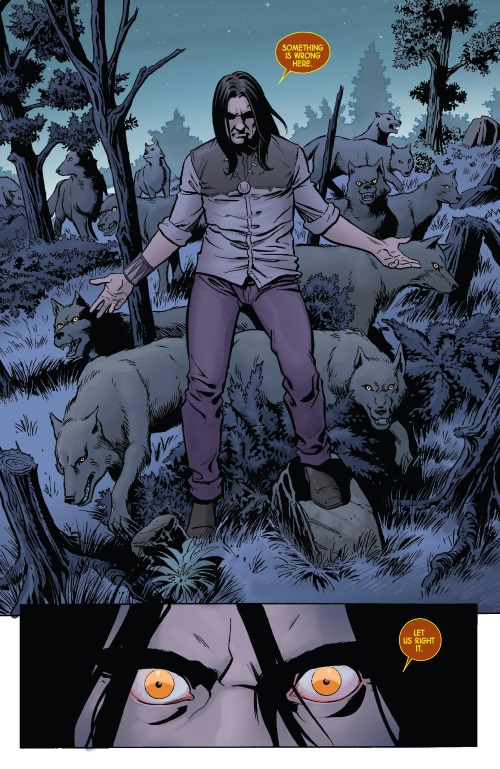 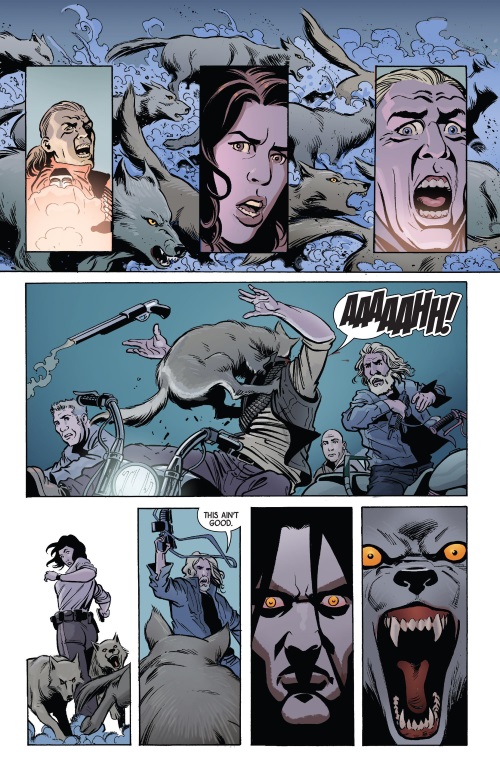 In Tales of the Unexpected V1 #45-1, Space Ranger (DC) had to fight a similar group of interplanetary animals. 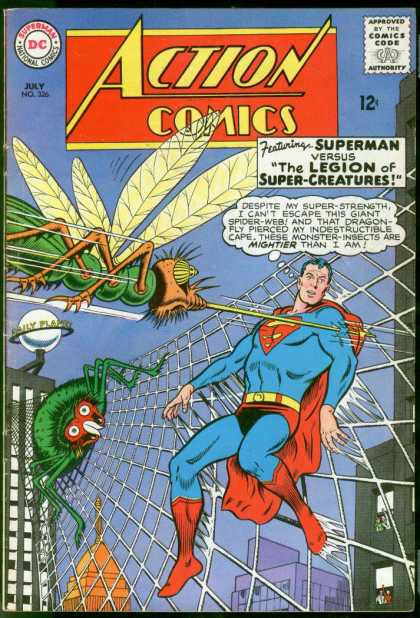 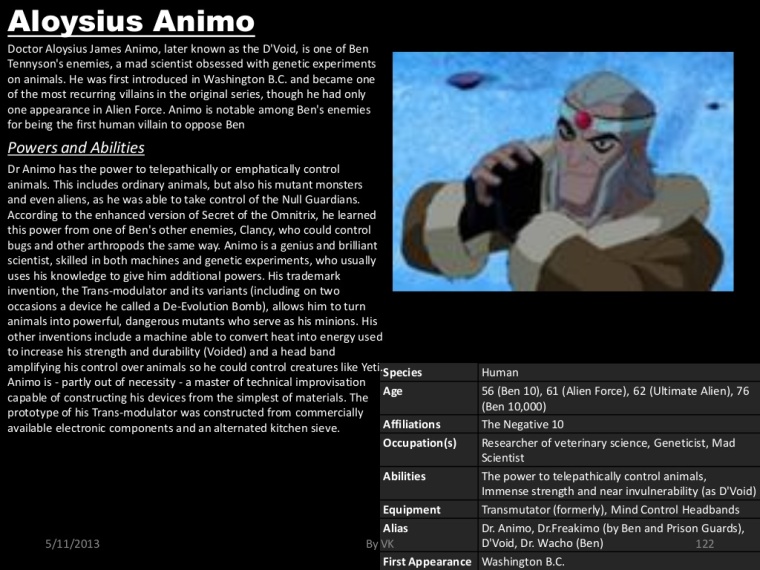 The King Crab is one species and controls a human woman so this qualifies as interspecies mind control in Shaolin Cowboy: Who’ll Stop the Reign #4 (Dark Horse). 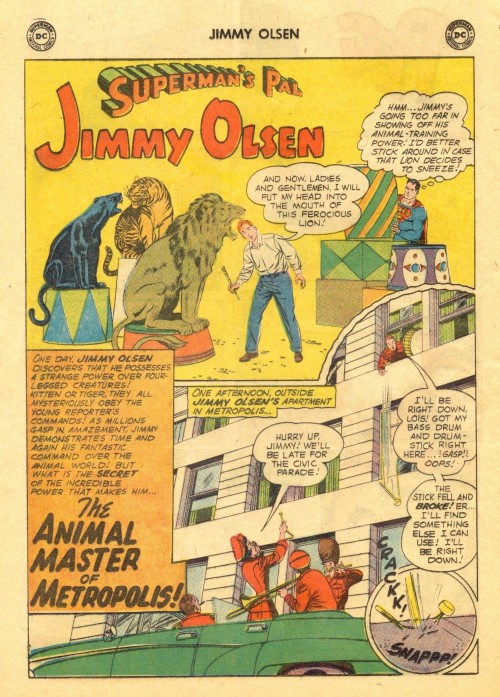 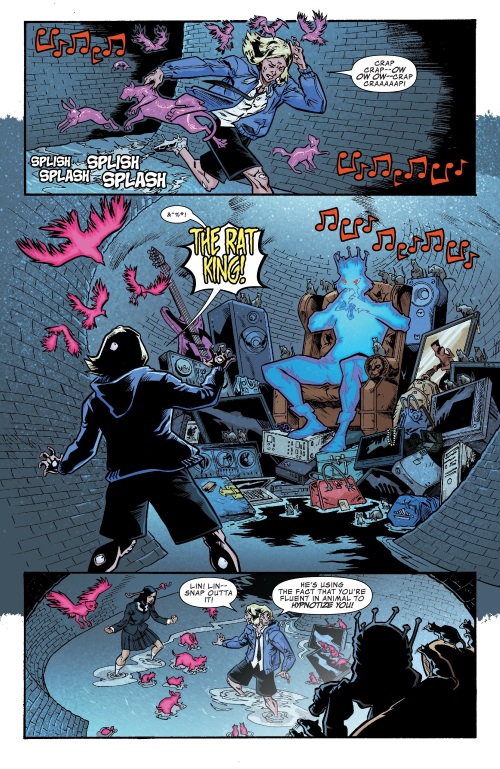 Ratcatcher (DC) can can control rather than communicate with rats and appears in DC Who’s Who Update ’88 #3.

In Think Tank – Animal #1 (Marvel), the idea of weaponized animals is explored both in fiction and via a researched narrative. 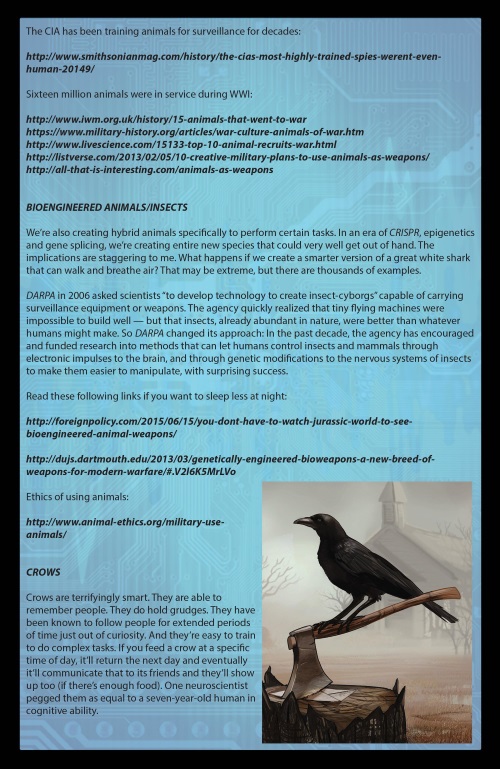 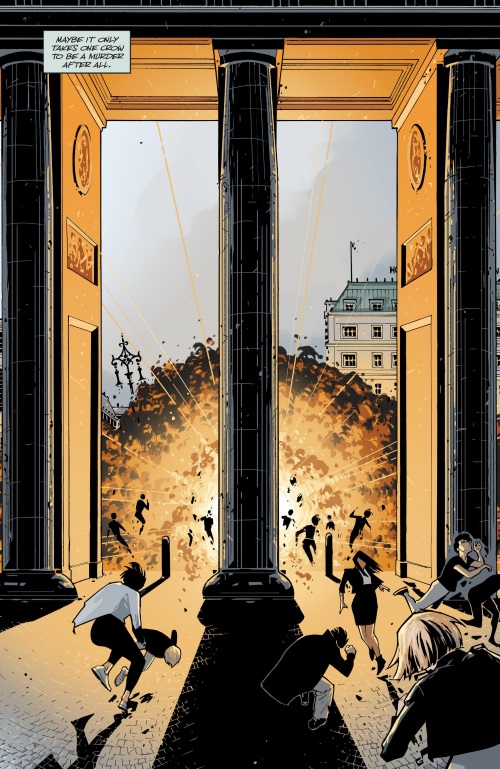 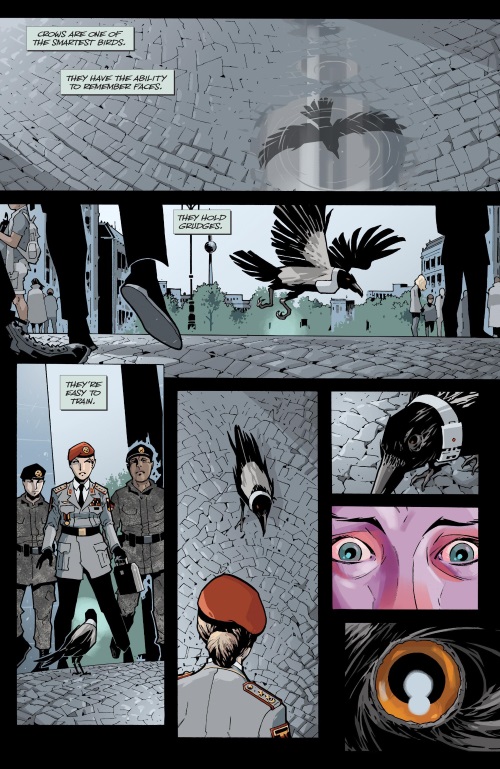 A Robo Ape Helmet is used to control apes in ABC A-Z-Greyshirt and Cobweb (2005). 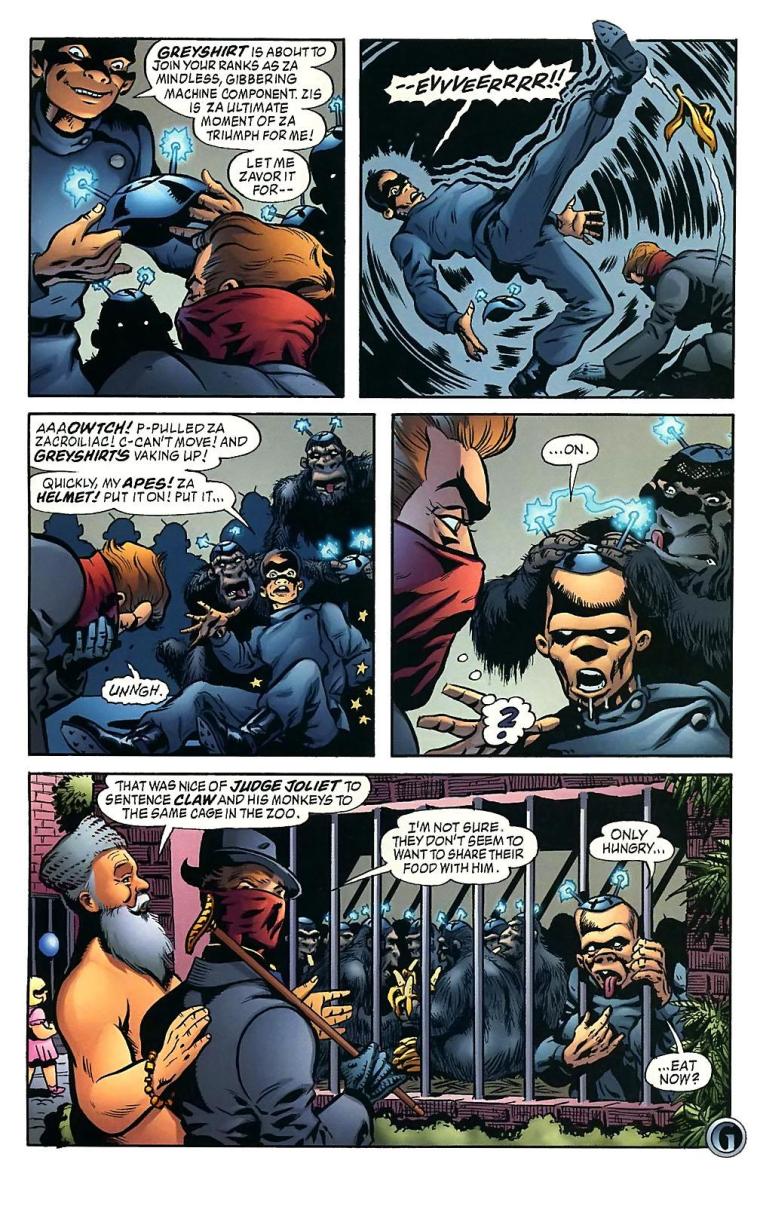