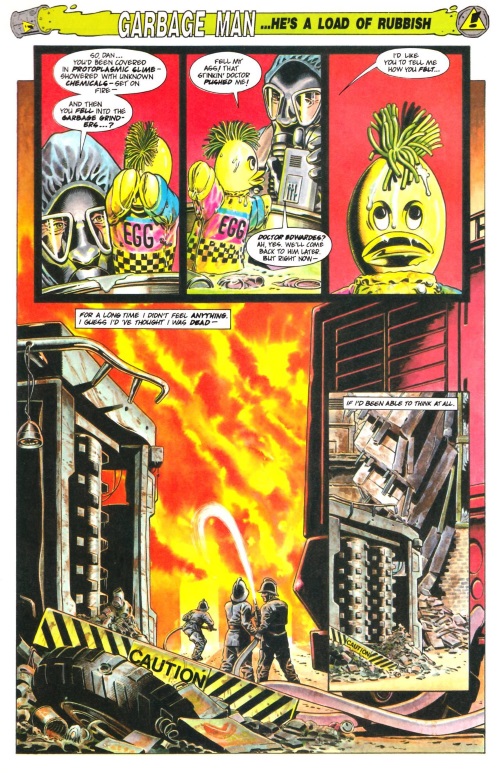 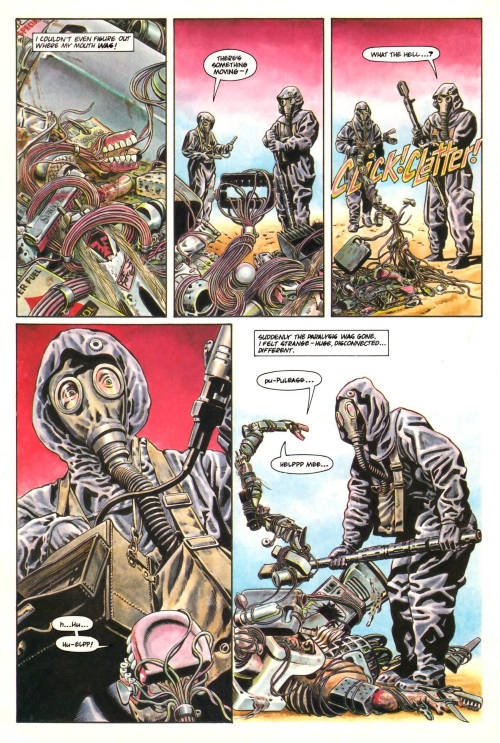 Another Garbage Man ends up being a superhero that even works with Batman in Weird Worlds #1 (DC). 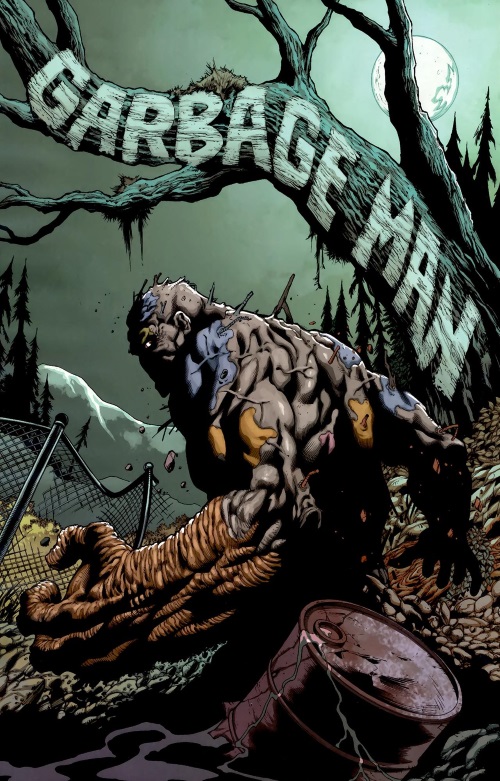 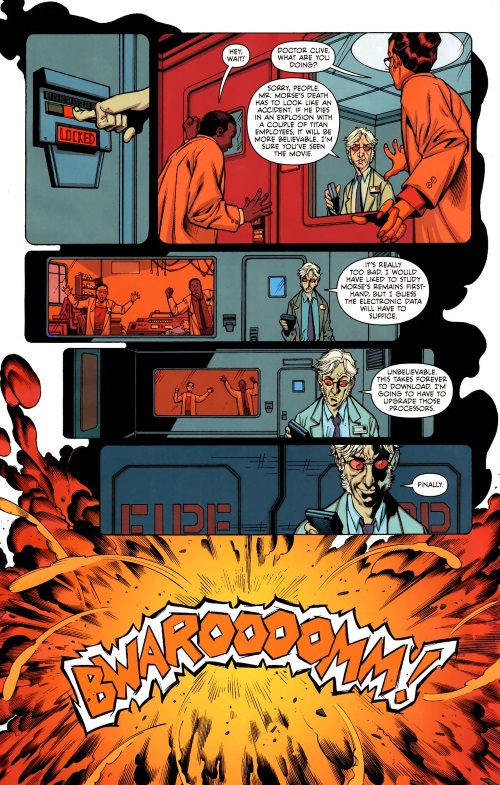 Sludge (Malibu) is more a muck character than a garbage character and appears in Sludge #1 (Malibu). 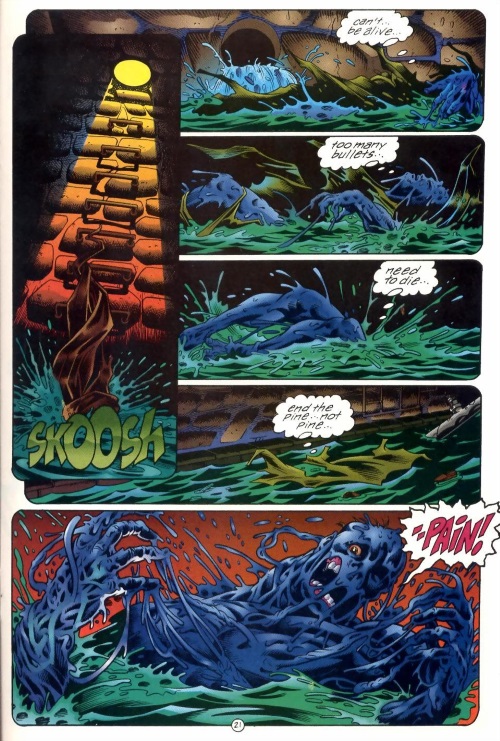 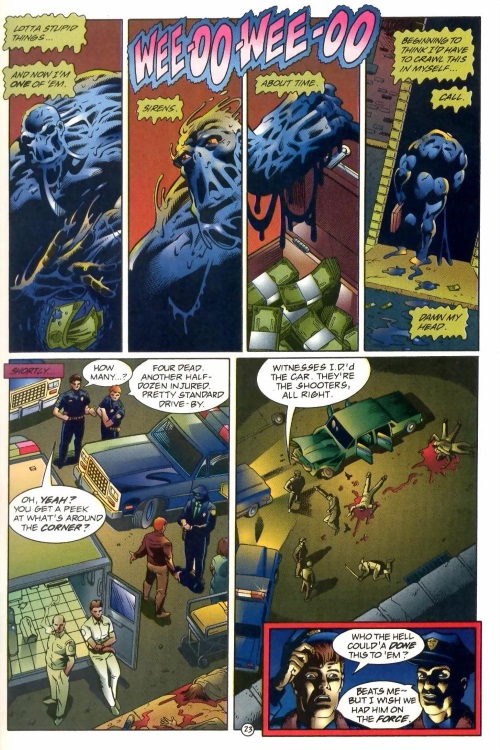 The Heap is the original garbage character and appeared in The Heap #1 (Skywald). 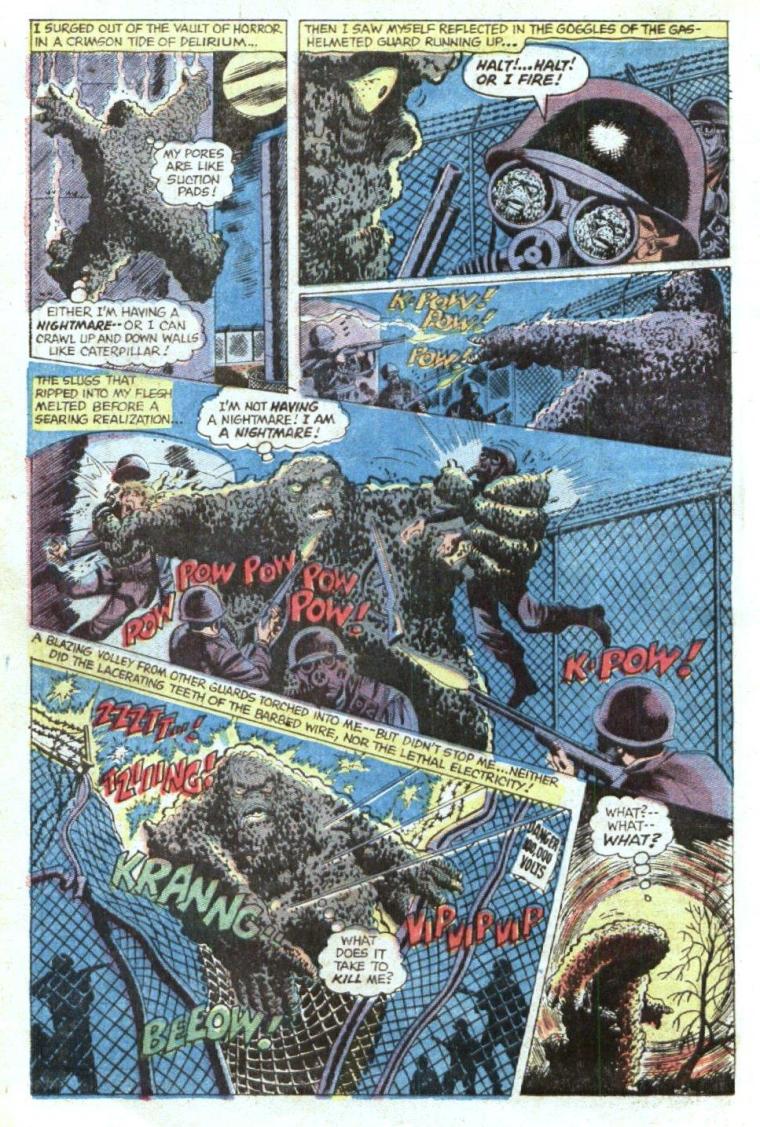 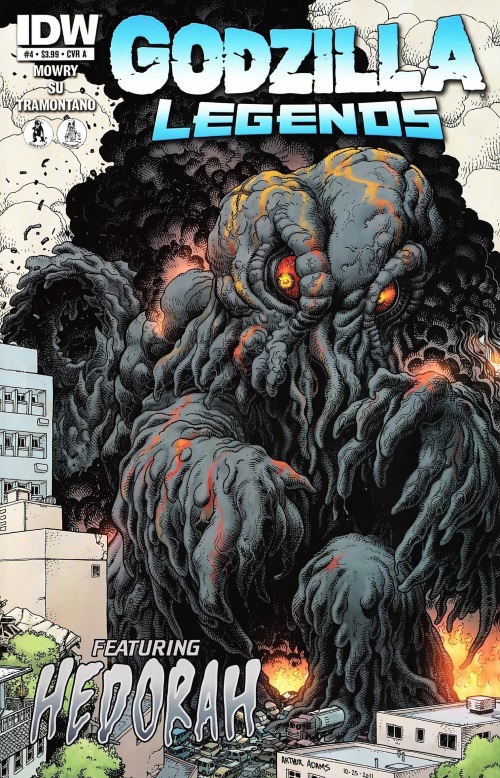 Franklin Richards: Son of Genius (Marvel), accidentally creates a garbage monster in Tails of the Pet Avengers – The Dogs of Summer. 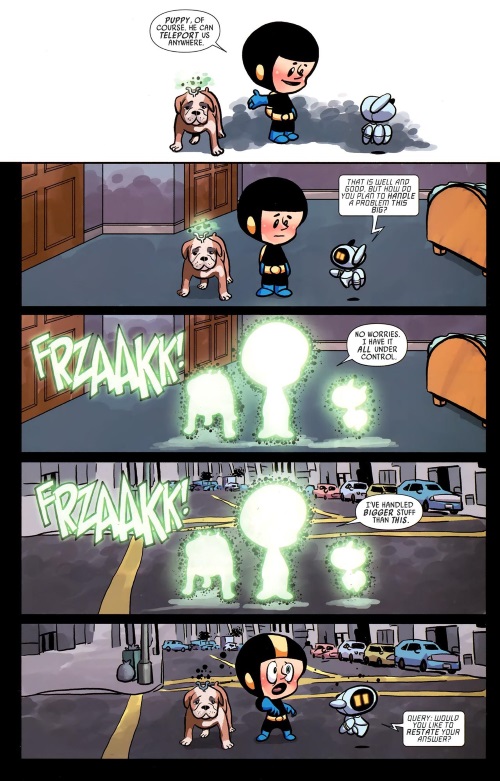 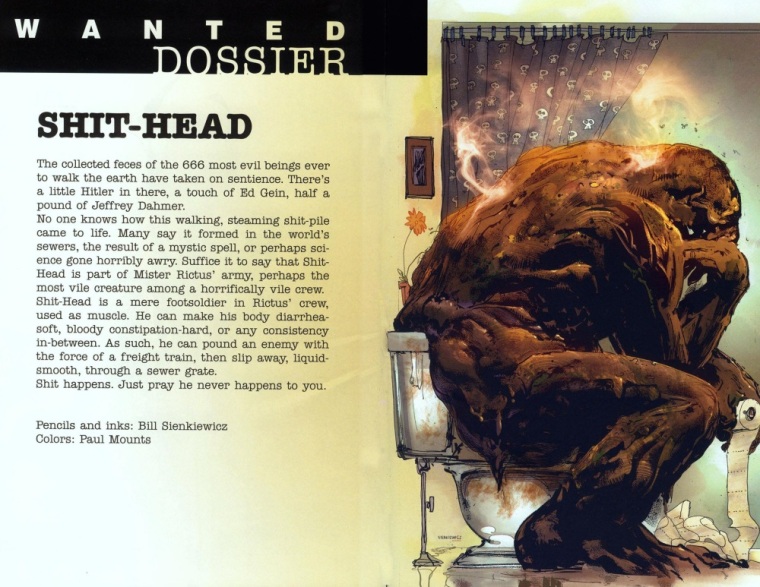