Technomimicry – (1) The ability to become a machine and/or turn organic beings into machines.  The ability of an organic being to merge with a robot. The ability of a robot to possess humans and effectively make them into robot servitors. A cyborg is part machine and part human. Technomimicry goes beyond (118) Cyborgization and is the transformation of the human into a robot or robot servitor.  Turning a human into a robot alone is robotization.  (2) Technomimicry includes the ability to turn a robot into a human.  Similar to (380) Robot Anatomy .  I have divided this article into two parts.  The first part is robotization.  The second part is biological transformation.  Turning robots into humans.  Technomimicry is a neologism that refers to both types of transformation with one word.

Box (Marvel) is animated by a human that phases/merges with the robot body. The human essentially becomes a robot (Official Handbook of the Marvel Universe V2 #2). 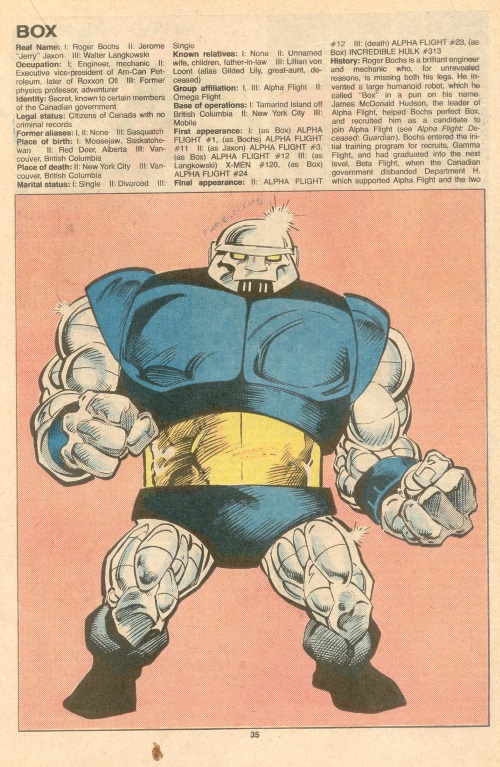 Computo (DC) can possess humans and to some extent make them computer like (DC Who’s Who V1 #5).

Kilg%re (DC) is an electro mechanic organic lifeform that can possess humans and make them robot like (Who’s Who in the DC Universe #10).

The Magus (DC) can more or less turn organic beings into a machine (Official Handbook of the Marvel Universe V2 #8).

The Construct (DC) yet another DC robot that can possess humans! 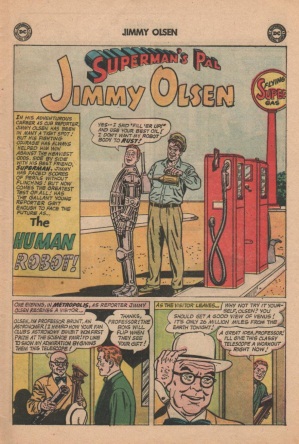 In Tom Strong #2 (American Best Comic’s), the reader is exposed to the Modular Man who has chosen to upload his consciousness into self-replicating modules instead of the internet mostly because the internet didn’t exist when he died.

Ilia is turned into an artificial being by V’ger in Who’s Who in Star Trek #1 (DC). 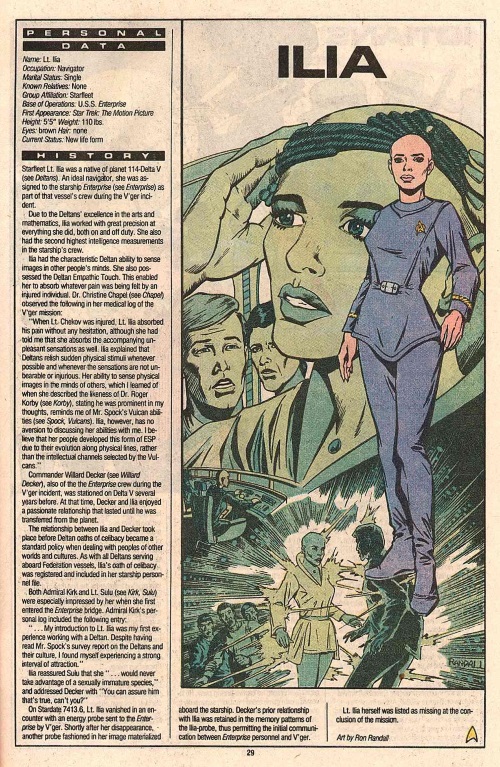 Korby Roger is turned into an android in Who’s Who in Star Trek #1 (DC).

A man turns into a machine in “Half-Man-Half Machine” – Tales of the Unexpected #98 (DC).

An alien becomes a robot in “I Became a Human Robot” – Fantasy Masterpieces V1 #1 (Marvel). 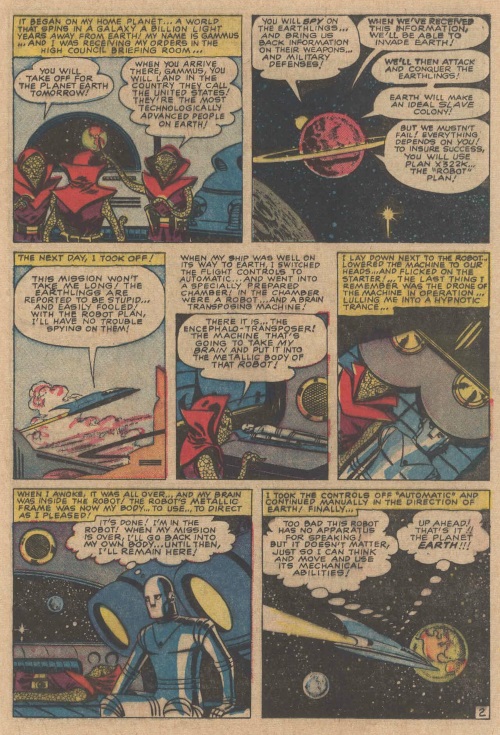 Khoon (Marvel) is turned into a machine in Silver Surfer V3 #69. 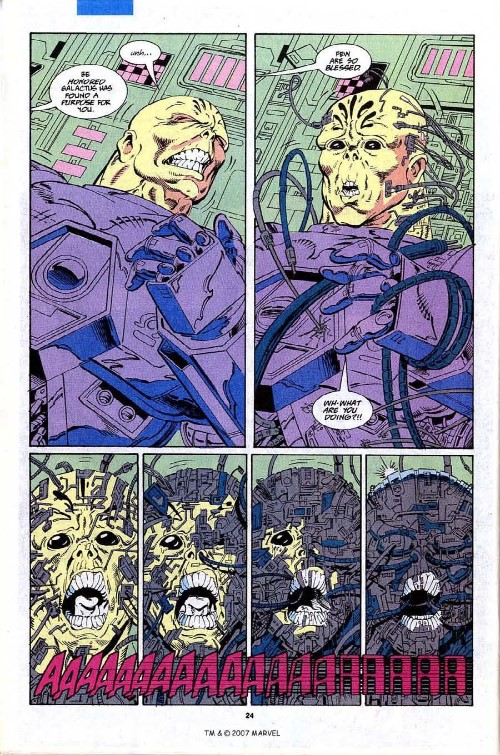 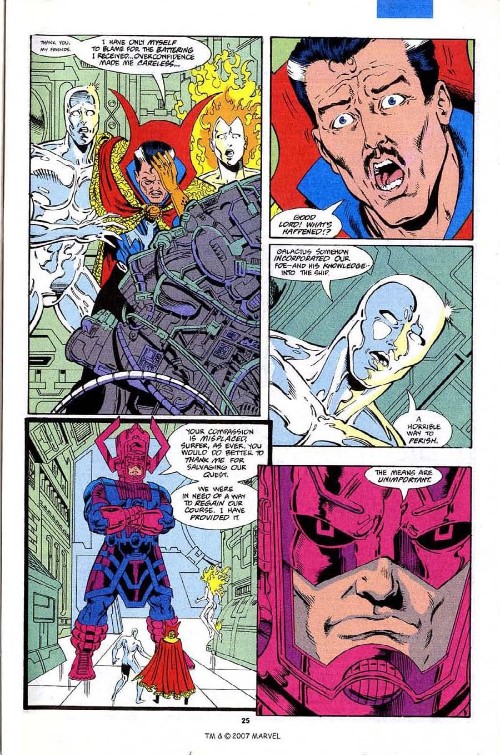 The Mecha-Nerds have been turned into robots in Astro City #48 (Vertigo). 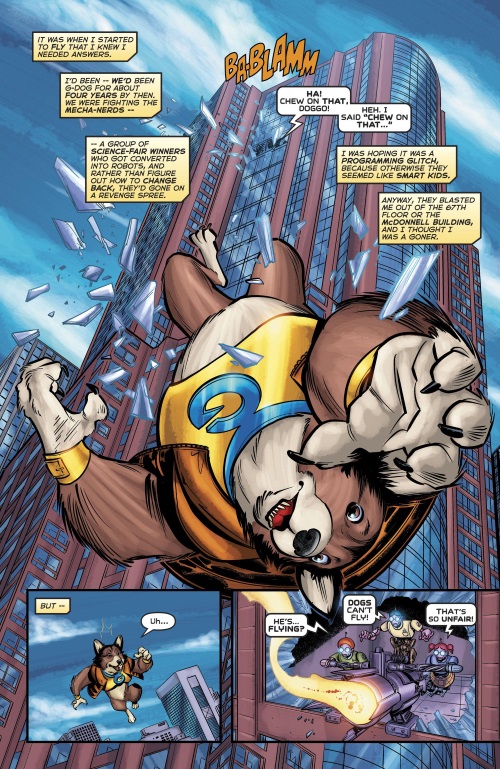 The goal of Westworld, the TV show, is not entertainment, as the general public believes, but to transfer human consciousness into immortal android bodies.  In “The Riddle of the Sphinx” (Westworld) the viewer finds out this is extremely difficult.  The man below is an android that believes he is human!

The Maschinenmensch of the film Metropolis (1927) is a robot that becomes a human.

In Earth X #0, Machine Man (Marvel) in the Earth X continuity is a man turned into a robot by the Watcher. 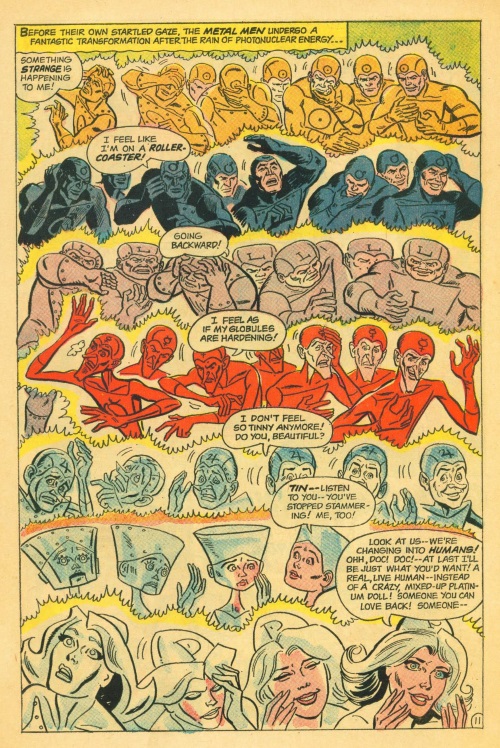 Amazo (DC) is an android who becomes human in Hourman #6. 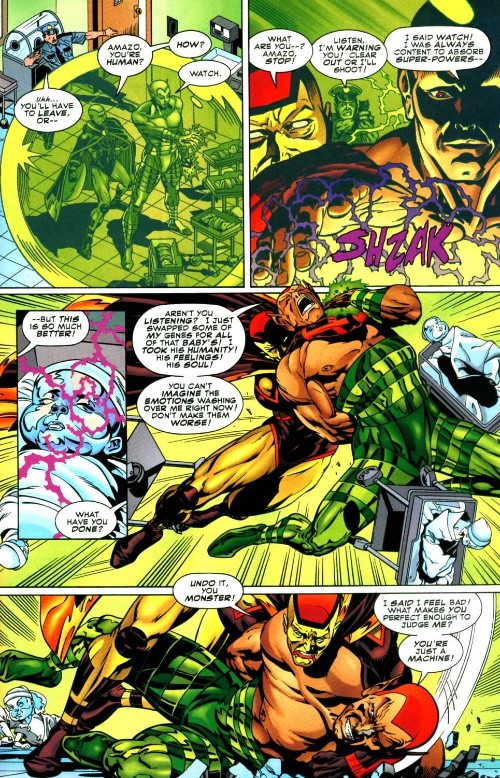 Vivian Vision (Marvel) is an android who has been turned into a human in Champions #14. 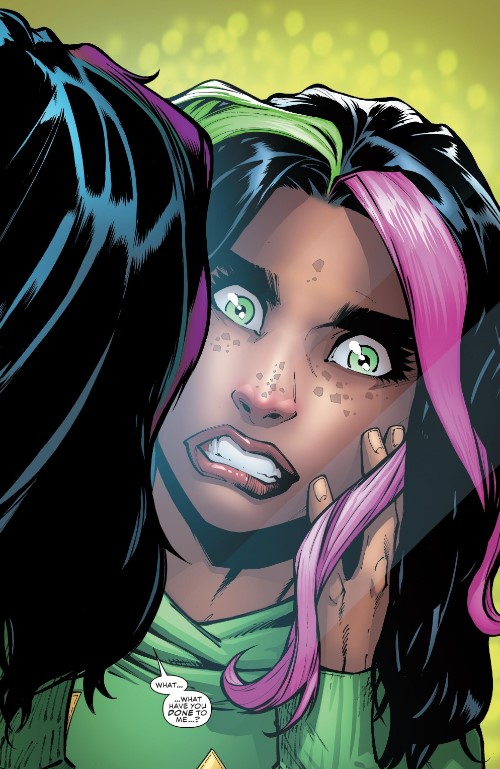 Pinocchio is turned from being a puppet into a real boy by the Blue Fairy (Disney) in the movie Pinocchio (1940). 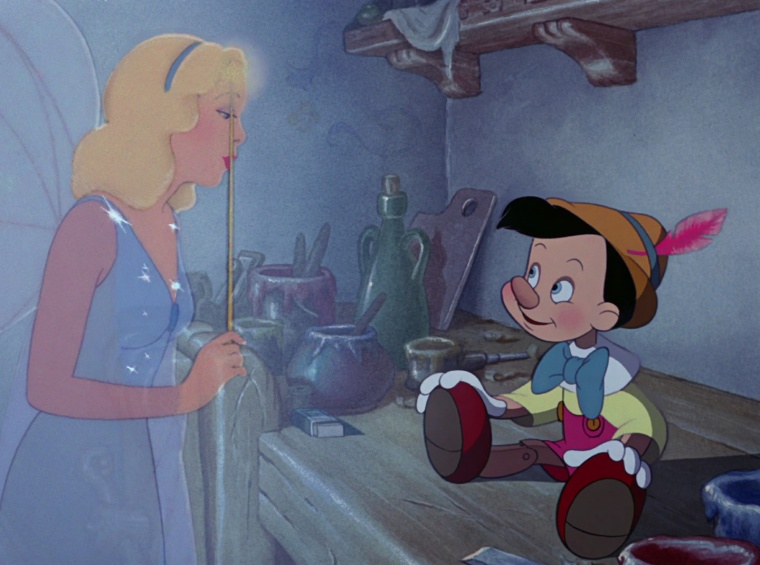 This inspires David, a robot, to seek out the Blue Fairy so she can turn him into a real boy i.e. human in the movie A.I. Artificial Intelligence.