Literary Critique of Time Travel (self)

Kang the Conqueror (Marvel) is the most important time traveler in the Marvel universe.

Superboy (DC) can travel in time but cannot change the past as the following comic book page demonstrates (Superboy V1 #85).

The Time Trapper (DC) is probably the most powerful time traveler in the DC universe.

The Flash (DC) rarely if ever tries to change the past with his cosmic treadmill.  The Flash mostly travels to the future.

Superman (DC) uses a cosmic treadmill like the Flash instead of flying in Action Comics #992. 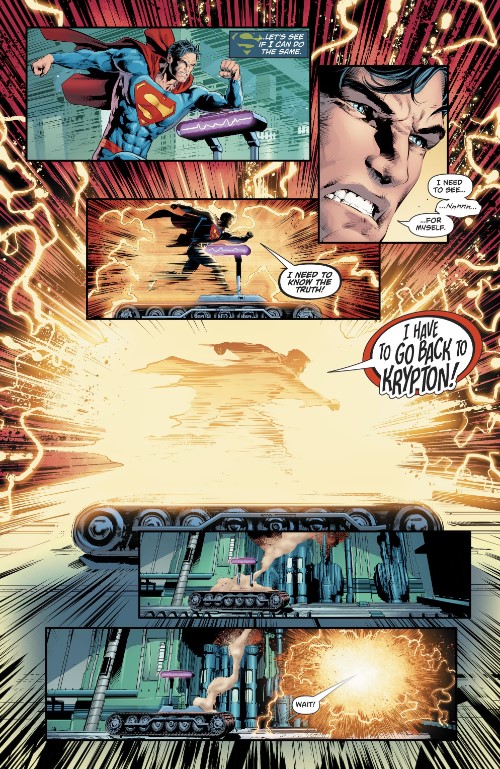 Doctor Doom (Marvel) used his own time platform a great deal in his early career but has become more cautious of time travel in his latter career.

Kang’s Time Chair (Marvel) is just one of many technologies Kang uses for time travel.

Rip Hunter Time Master has a Time Sphere and the series revolves around time travel. 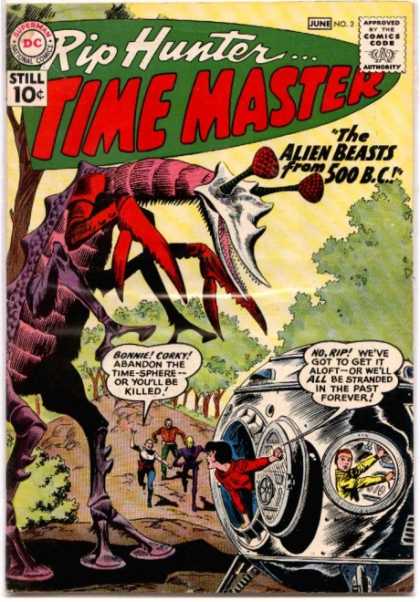 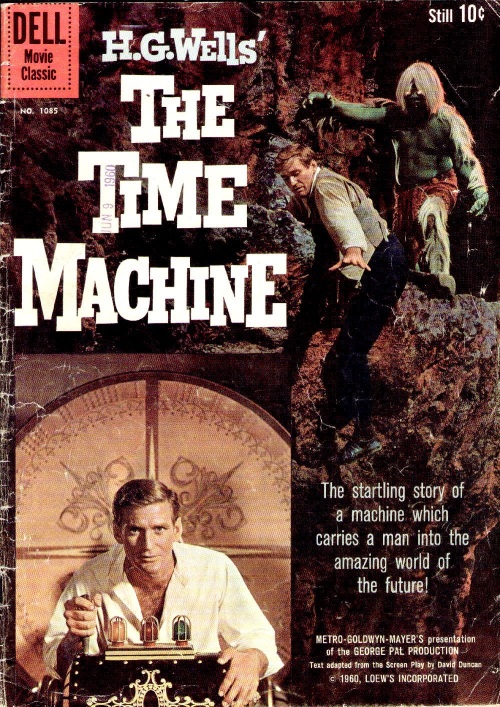 Various time machines are shown in the Star Trek and the Legion of Super Heroes.

The Atom (DC) often used the Time Pool to have adventures in the past during the Silver Age.  The Atom adventures did teach a little history unlike most such adventures in comic books (The Atom V1 #3).

Captain Sprocket fights Mr. Clock who can jump five minutes into the future in Archie’s Madhouse #45. 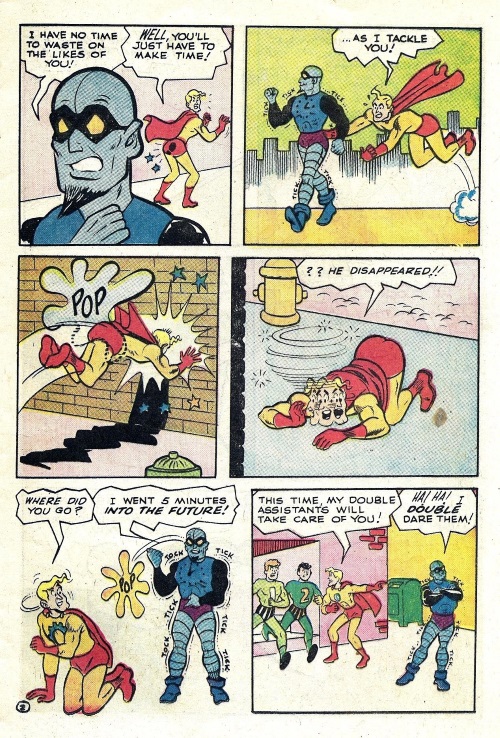 Gary Seven travels from the future to the 20th century in Who’s Who in Star Trek #2 (DC).

The Great Race of Yith have conquered time in Field Guide to Cthulhu Monsters. 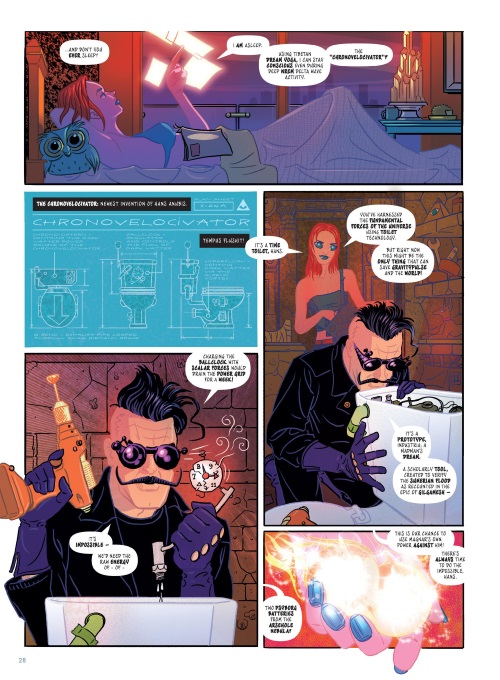 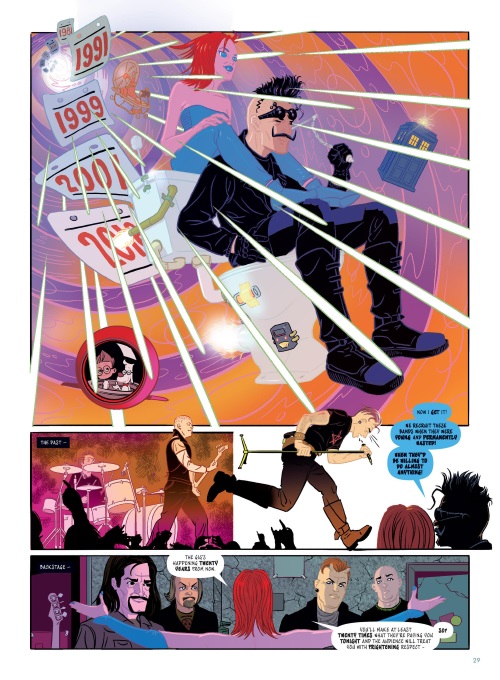 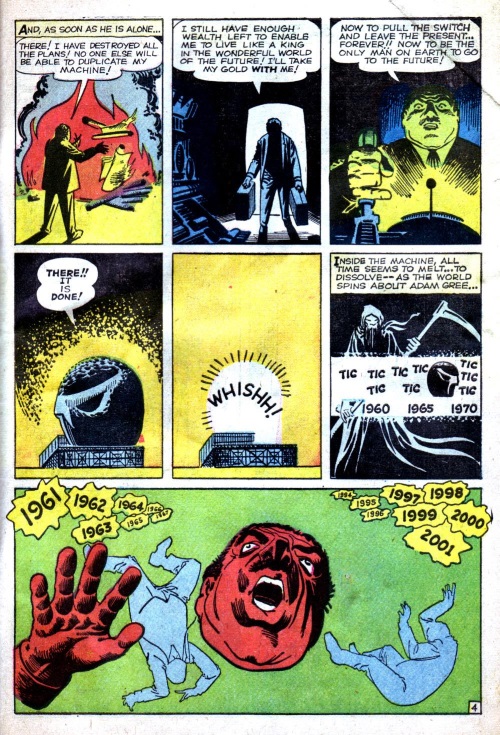 The Tempus Twins can jump five seconds into the past in Creature Collection II. Dark Menagerie. 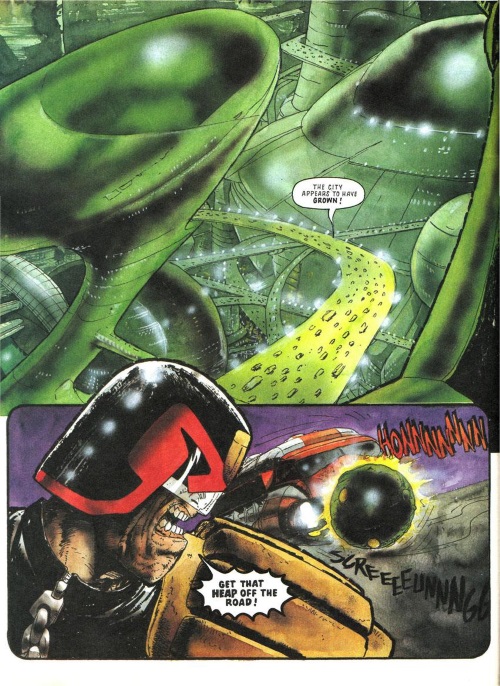 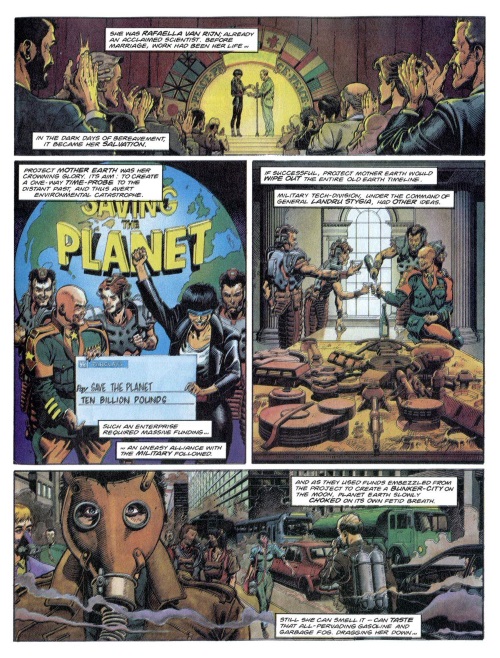 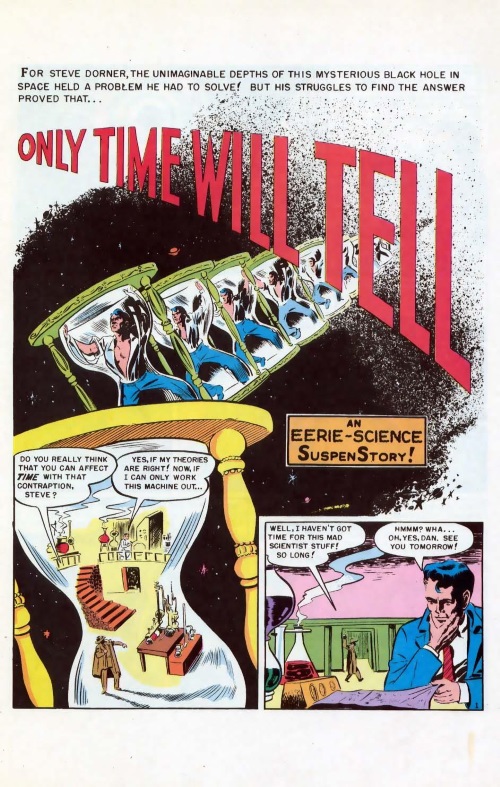 Poseidon (DC) travels to the future to woo Mera (DC) with magic pod in Aquaman V1 #17. 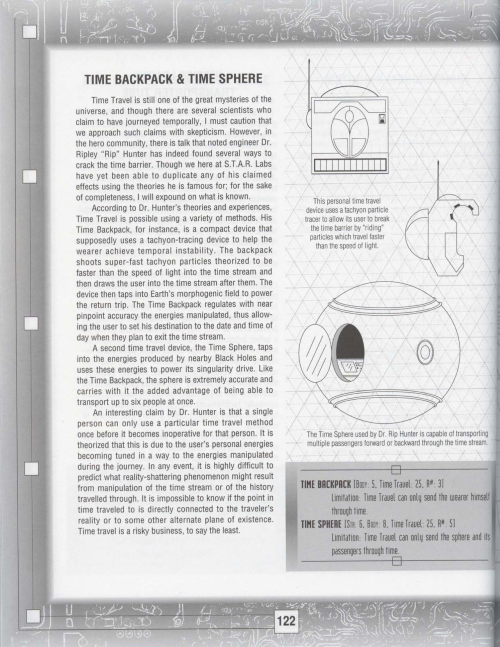 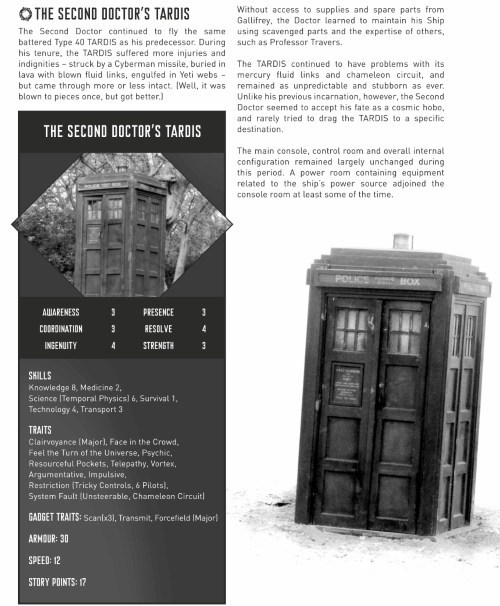 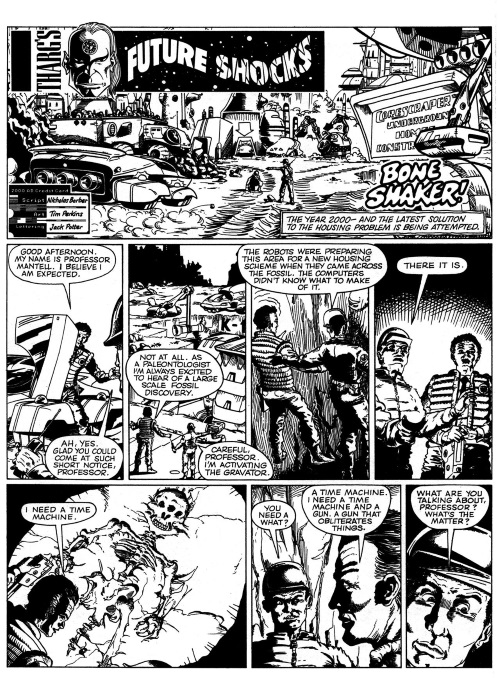 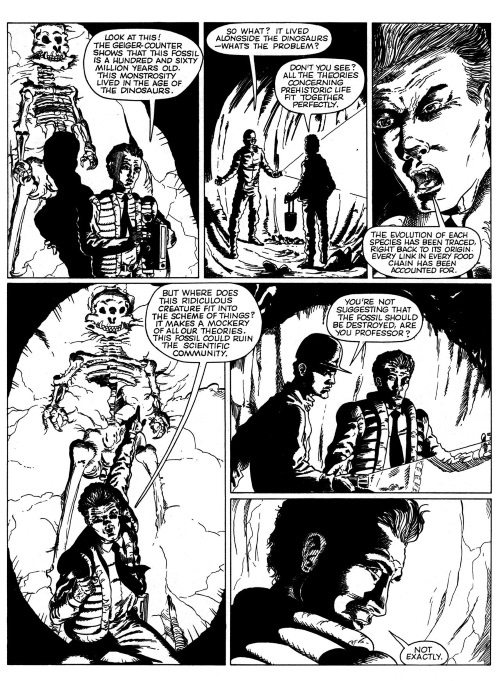 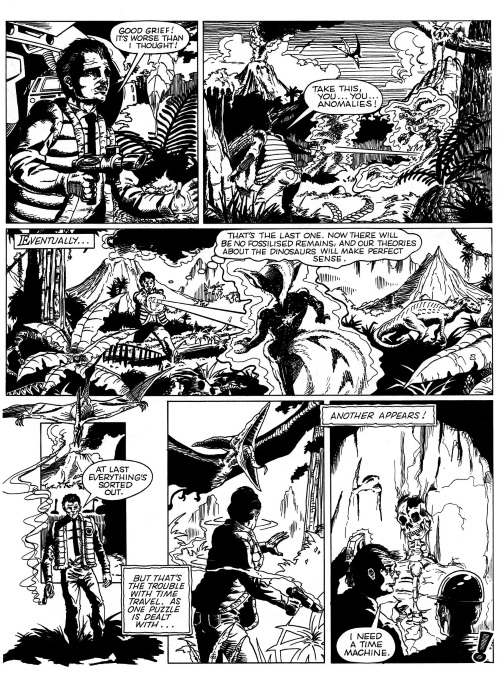 The Marvel universe gives Old Man Logan their opinion of trying to travel to the past in order to change events in Old Man Logan #19. 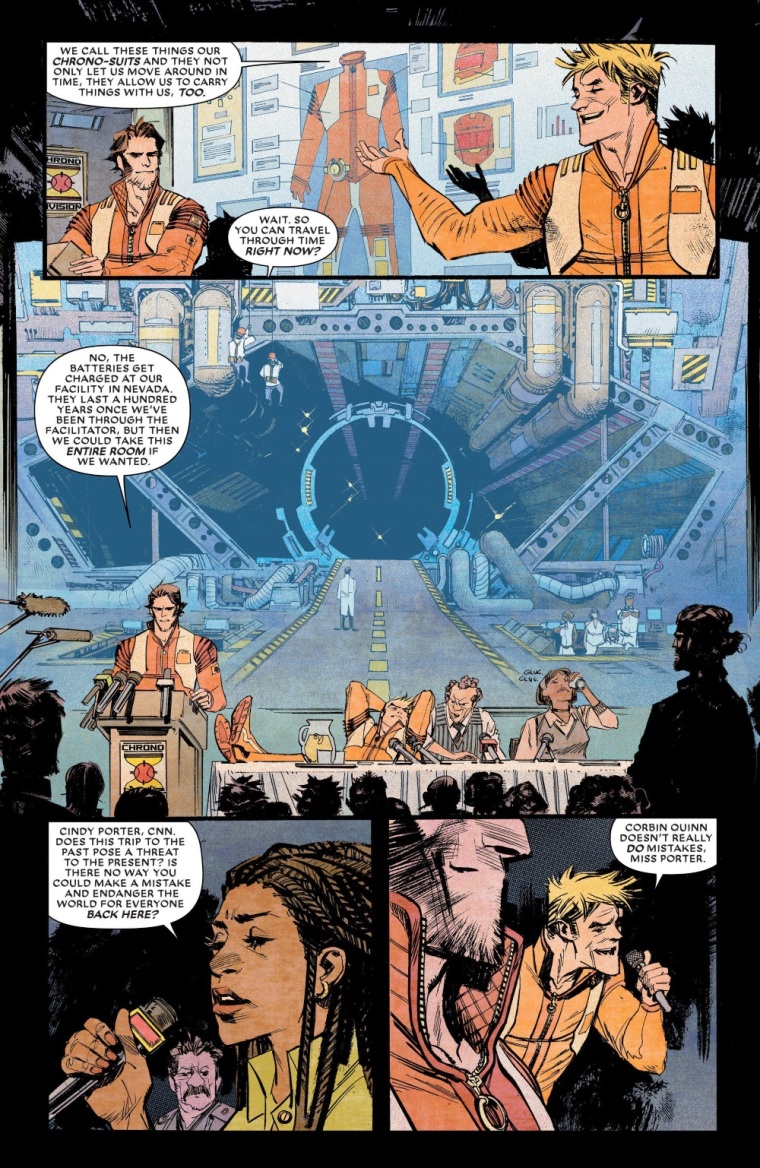 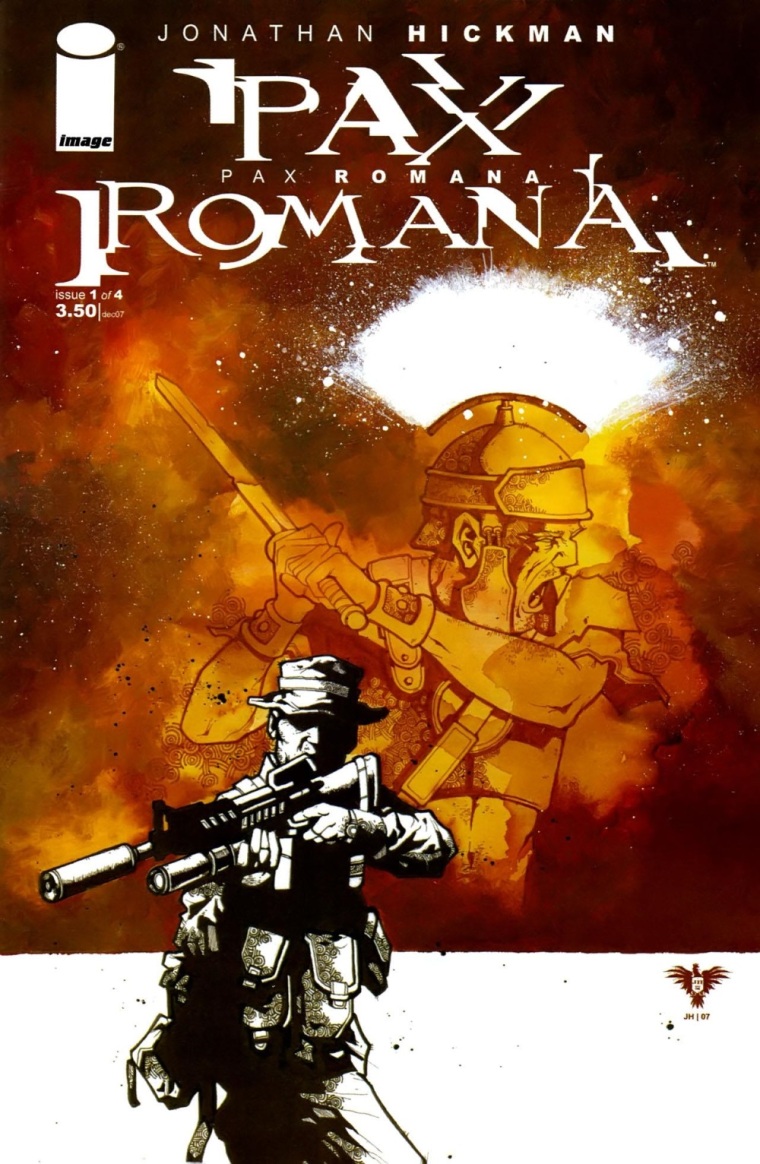 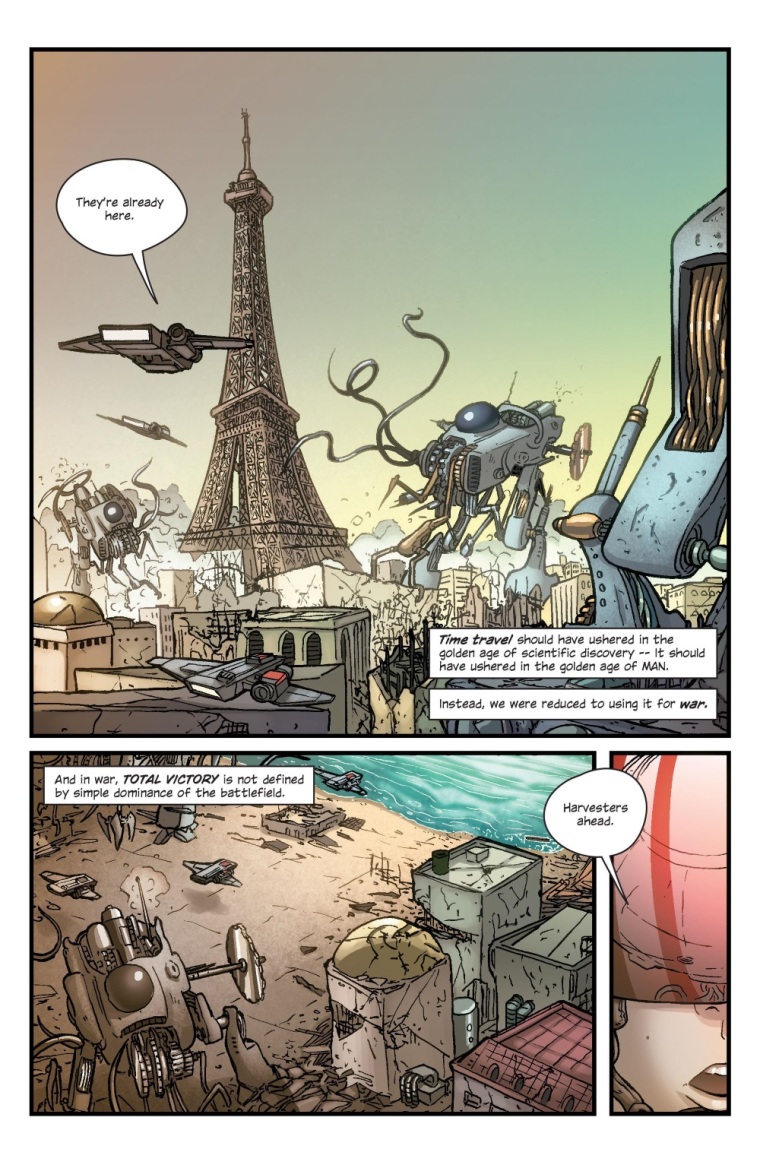 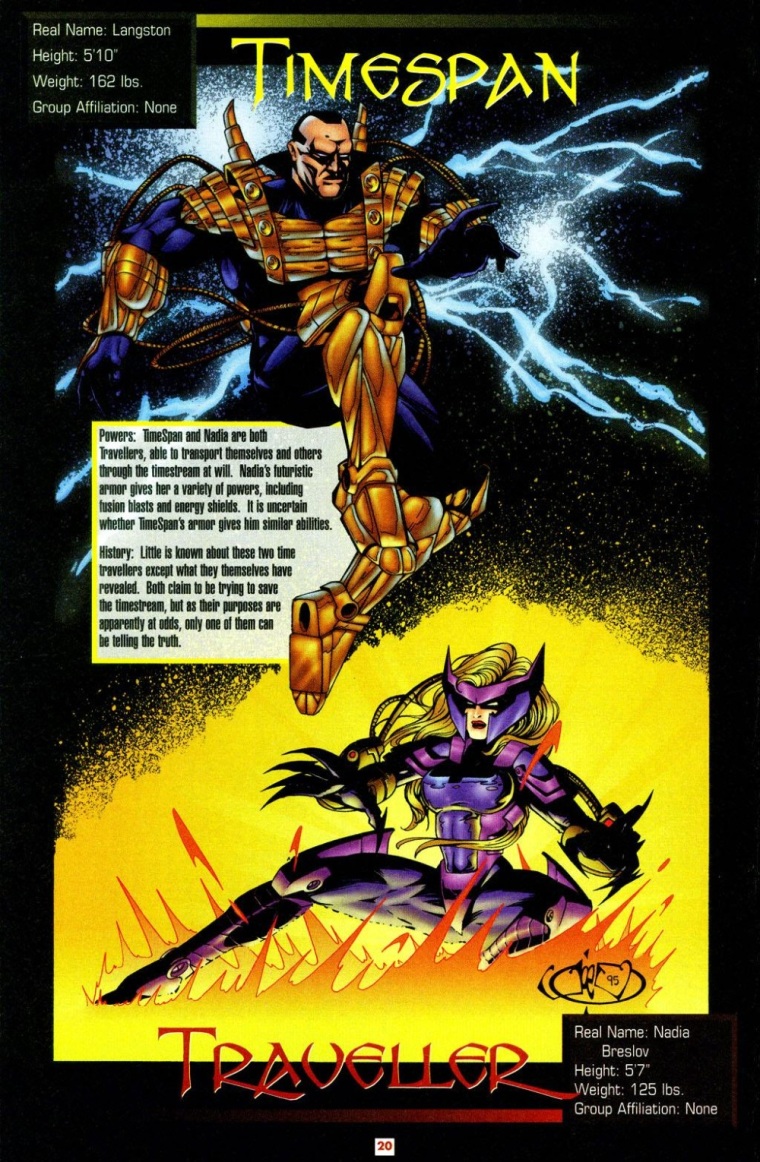