Literary Critique of Duplication (other)

This is a power that would be so useful but almost never appears. However, whenever a character makes a physical duplicate of themselves then they invariably duplicated the clothing they wear. Why not wear a super expensive watch and keep the watch after the duplicate person is gone?

Adventures into The Unknown #122 (ACG) features a duplication machine.

An inventor creates a machine that can make duplicates in Uncanny Tales #54. 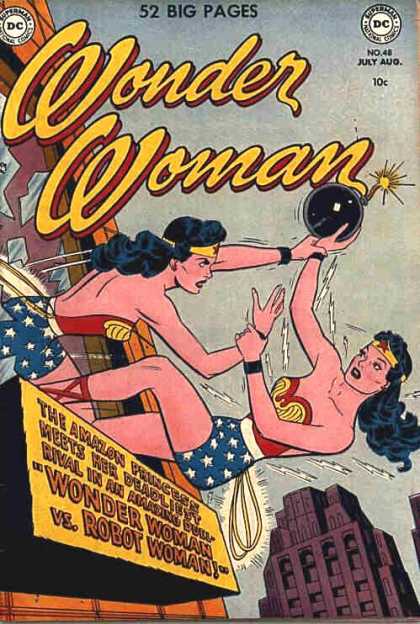 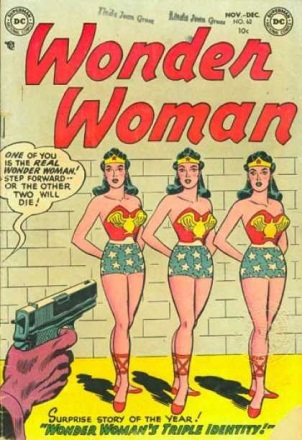 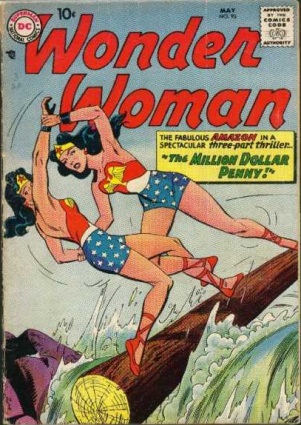 In Tales of the Unexpected V1 #78, Space Ranger must fight a “horde” of duplicates.

A duplicate evil Thor has also has two hammers in Journey into Mystery #95.

Why in the world would anyone make copies of Tim Robinson, a teenager that is constantly being rescued, in order to take over the planet Zytrox in Space Family Robinson #6 (Gold Key).

In Superman V1 #189 we find out that Jor-El (DC) had the resources to make a duplicated Krypton but couldn’t make duplicated spaces ships to save all the inhabitants of Krpton and not just his son Superman!

Zarago (Marvel) finds out that more is not always better in Strange Tales V1 #100. 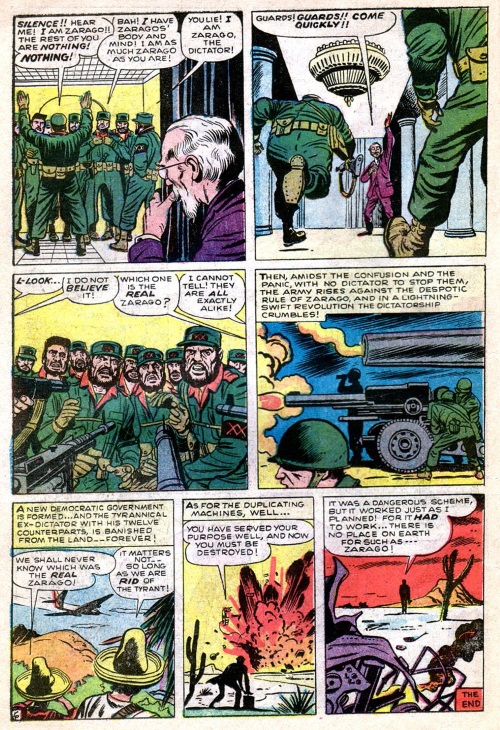 Jonni Future (America’s Best Comics) faces a super villain (Mirror Mirror) who makes a duplicate of her in “The Unfairest of Them All” – Tom Strong’s Terrific Tales #12. 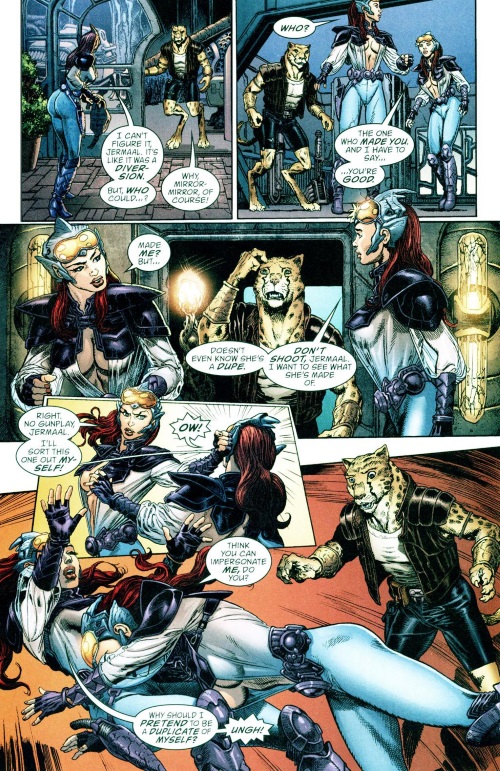