Obviously, any character with (431) Superhuman Strength can also leap.  This list will focus on characters for whom jumping is their forte.  Grasshopper (Marvel) uses a suit to make vertical leaps (GLA #2). 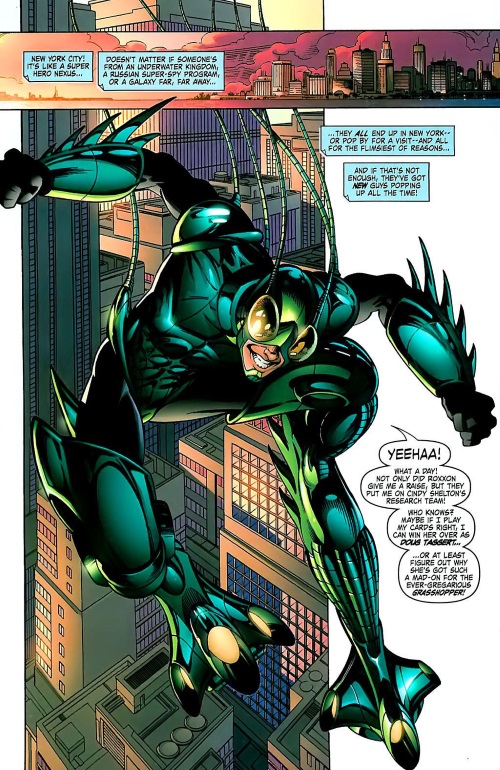 The Hulk (Marvel) uses his superhuman strength too leap around and why other strong men don’t do this is a mystery to me (Annual Fantastic Four #1). The Thing might not be as strong as the Hulk but he could certainly leap pretty far anyway.

Batroc the Leaper (Marvel) practices a form of savate and leaps around a lot but in real life savate does not employ flying kicks.  In general flying kicks are practiced in Asian martial arts for show.  In theory, a flying kick might make sense when attacking a man on horse back. 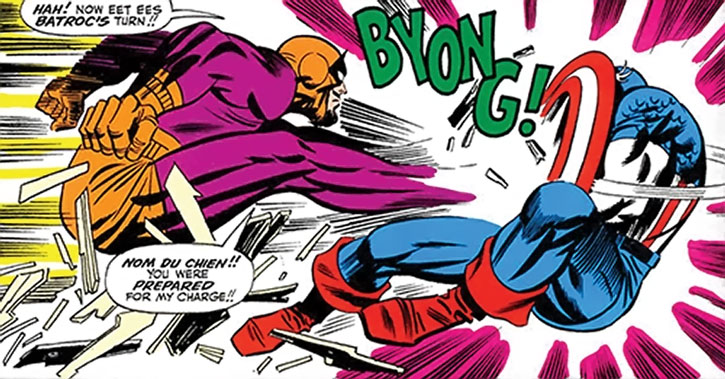 Kangaroo (Marvel) got his superhuman leaping power by eating and drinking what the kangaroos did (Amazing Spider-Man V1 #81)! 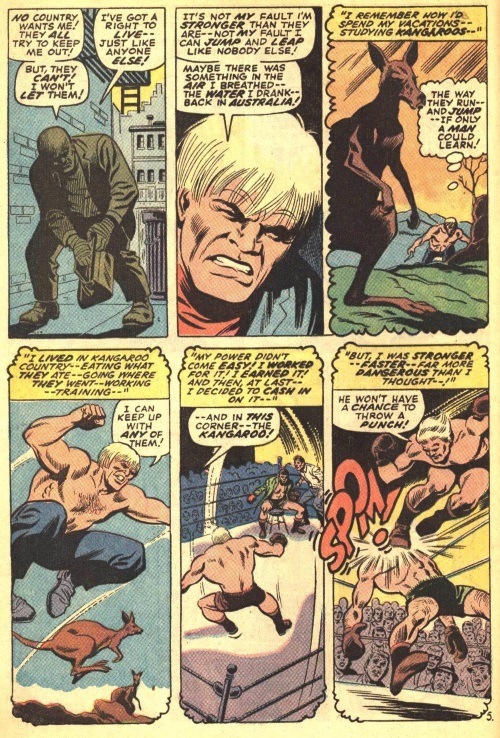 The Frog-Man (Marvel) uses a suit to achieve superhuman leaping in Official Handbook of the Marvel Universe V1 #4.

There are some superhuman leapers in the animal kingdom as shown in the Ranger Rick poster below.