Sidewinder (Marvel) has a cloak that acts a portal to one rather than multiple dimensions (Official Handbook of the Marvel Universe V1 #10). 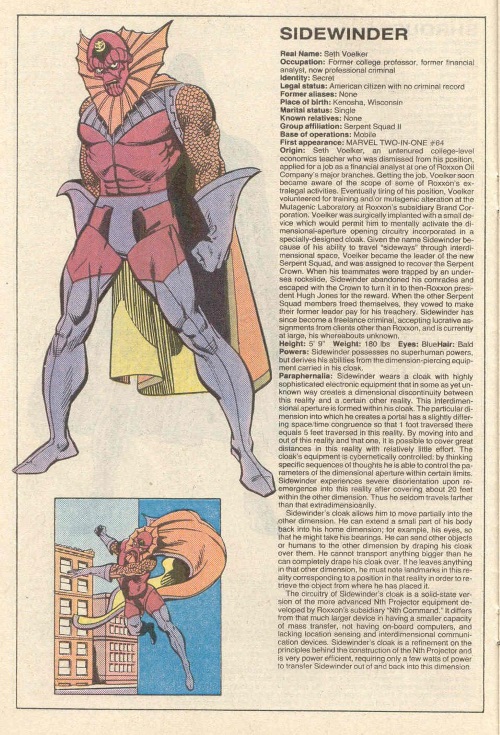 Spot (Marvel) is a supervillain that has a quirky version of this power. 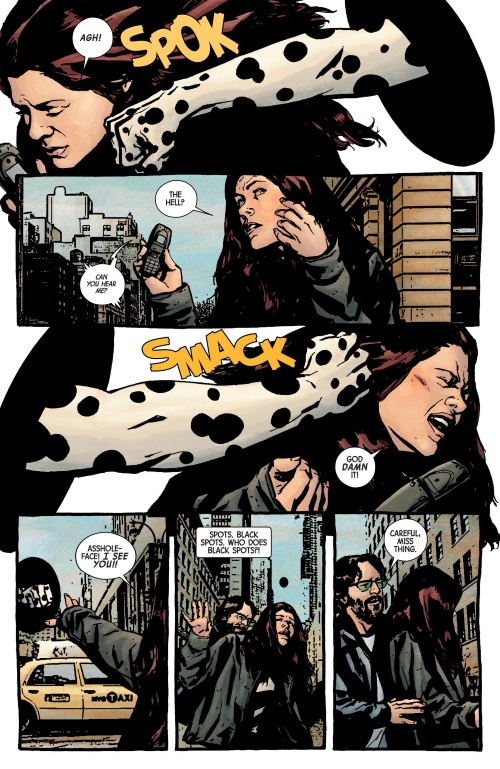 The Time Traveler explains his portals in Micronauts #9 (IDW). 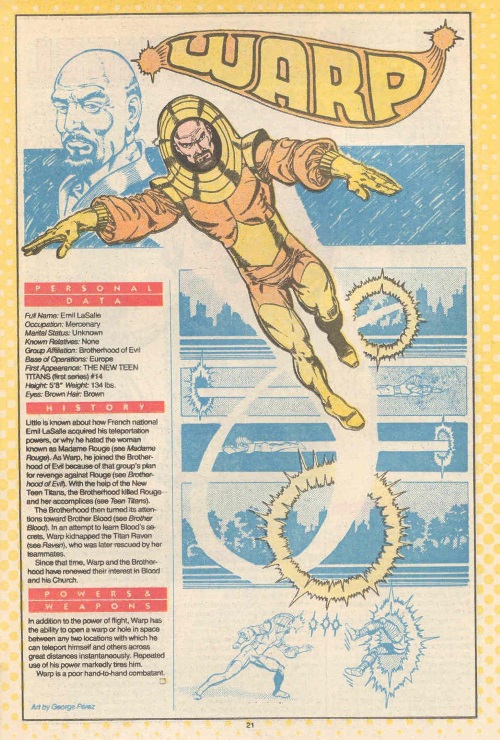 Gate (Malibu) can create portals that can move huge amounts of material in the Ultraverse (1993 SkyBox Ultraverse). 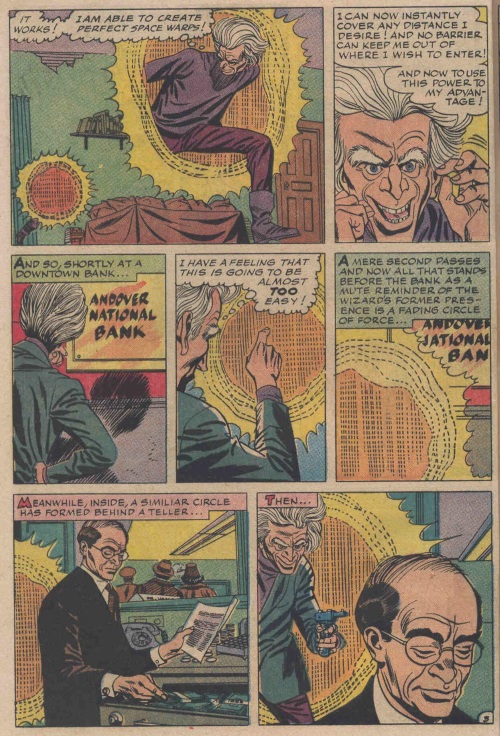 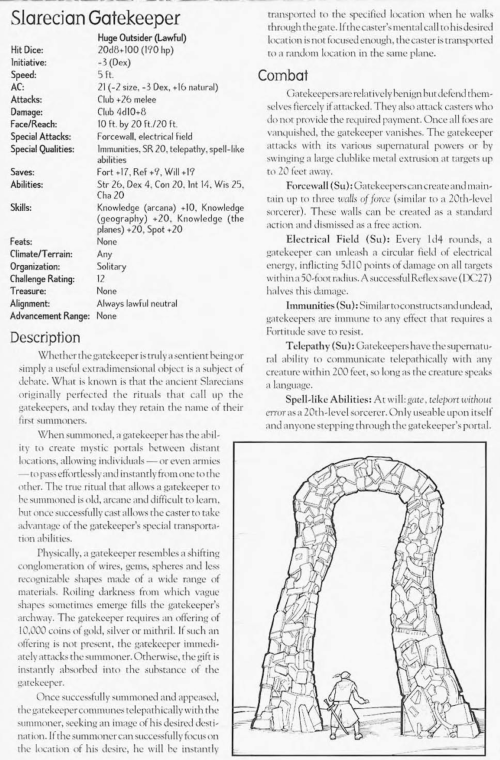 The Shi’ar Imperial Guard includes Voyager (Marvel) who uses portals for transport and offensively by creating vortexes to suck opponents into portals.

Apparently, drunkenness can open a portal that monsters can use to enter our world in Adventures into Terror #18 (Atlas).

Bizarre Adventures V1 #32 suggests the great deluge might have something to do with a portal from another dimension. 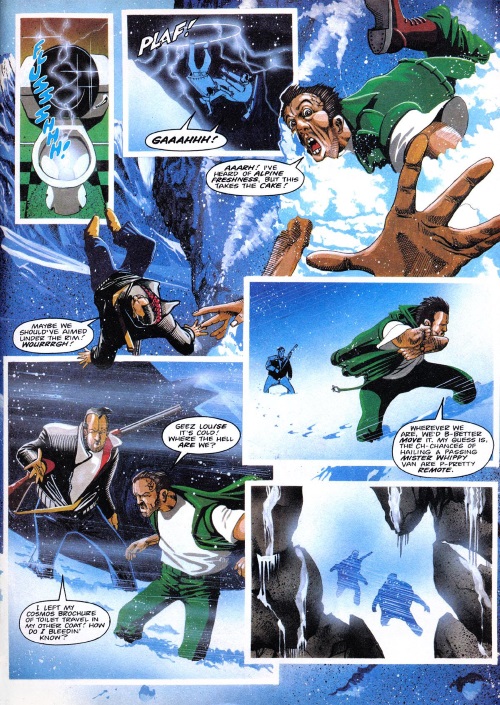 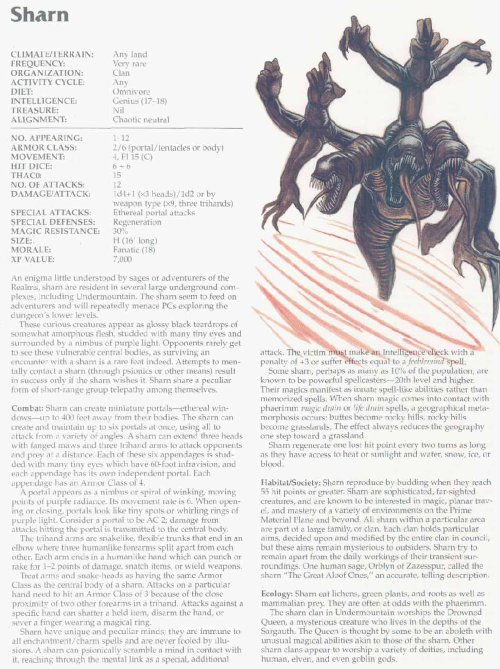 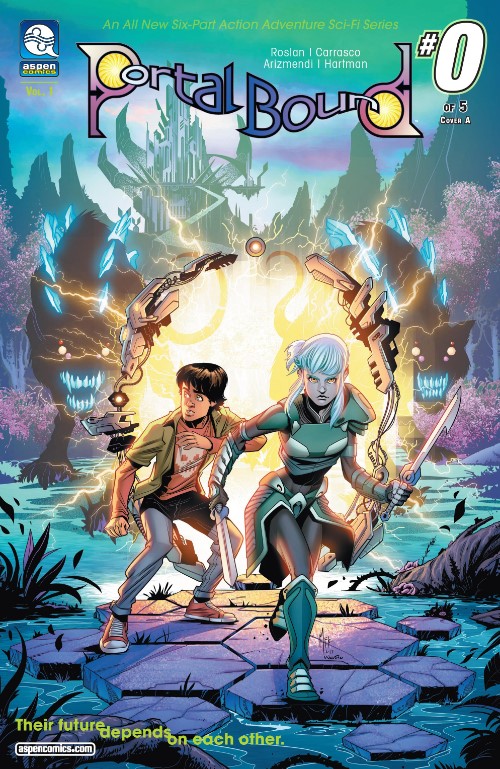 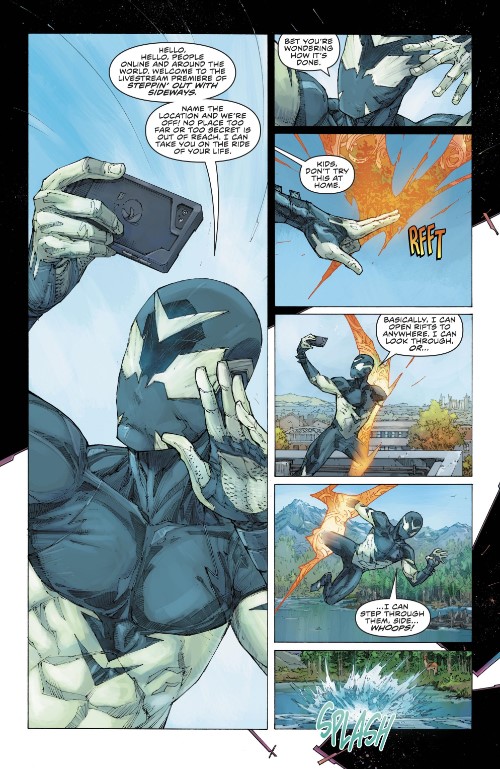