Mind Control (good) – The ability to force a person to be good via mind control.  Also known as Morality Manipulation and Morality Warping.

Is coercing a person to be good a good deed or a bad deed? In Beyond Freedom and Dignity, B.F. Skinner argues that dignity is a false notion. There is no such thing as autonomous man and our attribution of dignity to a person less obviously controlled by external circumstances is a pre-scientific perception. I would say that from a behaviorist point of view the use of mind control to cause “good” behavior is a logical extension of their views.

However, can the definition of “good” behavior be determined scientifically or even logically? Utilitarian systems of ethics that try to bring a sense of scientific numeracy to the problem of what is the greater good invariably lead to more argument than consensus if we can even agree with this philosophy as a starting point of a discussion of ethics.

In the end, “Quis custodiet ipsos custodes?” is the central problem with mind control regardless of ends. This is commonly translated as “Who watches the watchmen”. Alan Moore explores this theme within a realistic superhero context in more detail in Watchmen (DC). I would say flawed humans will inevitably lead to flawed mind control however good the intentions of society but this is a debatable issue. However, there is the post-modern realization that technology often creates more problems than it solves. For example, nuclear energy has both benefits and costs and for many now the costs seem to outweigh the benefits. I have collected some examples from comic book literature of mind control by good people with good intentions rather than the usual more common supervillain mind control.

The Justice League has been engaging in some mind control for noble purposes in Identity Crisis (DC). The problem of means versus ends is explored here better than in most DC comics. I have written about the use of intelligent ethically ambiguous POV in the works of Alan Moore. Identity Crisis does not do as good a job as Alan Moore generally does in this area but better than 99.9% of all comic books. 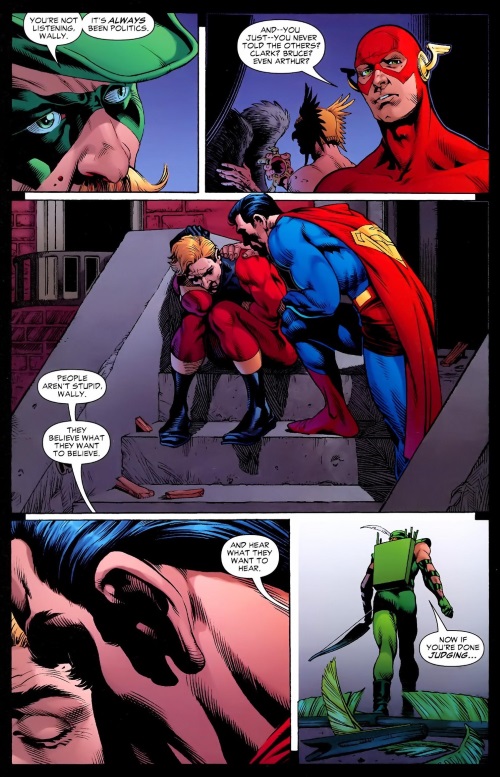 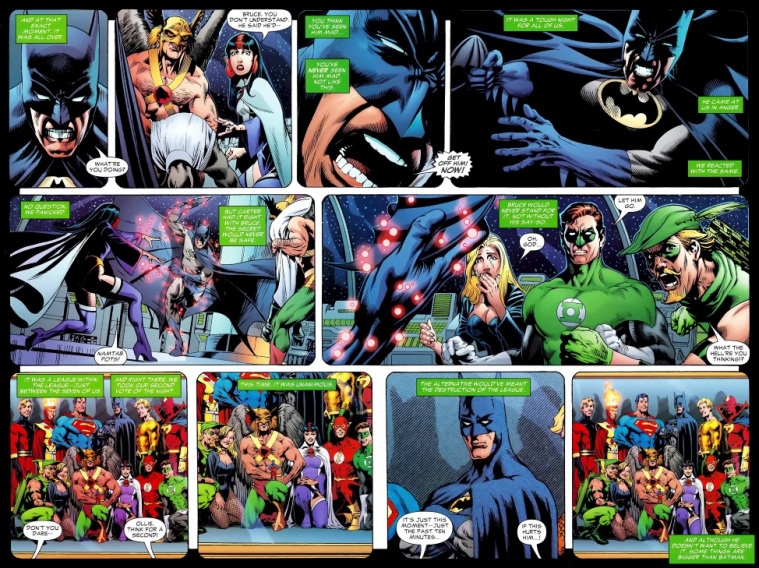 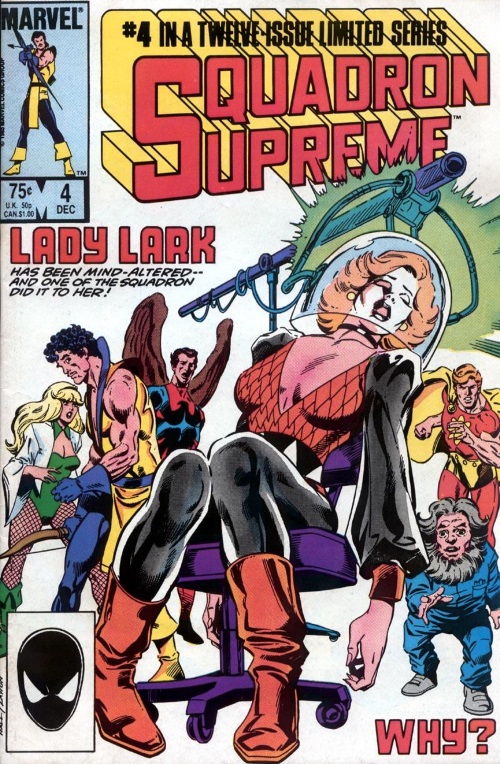 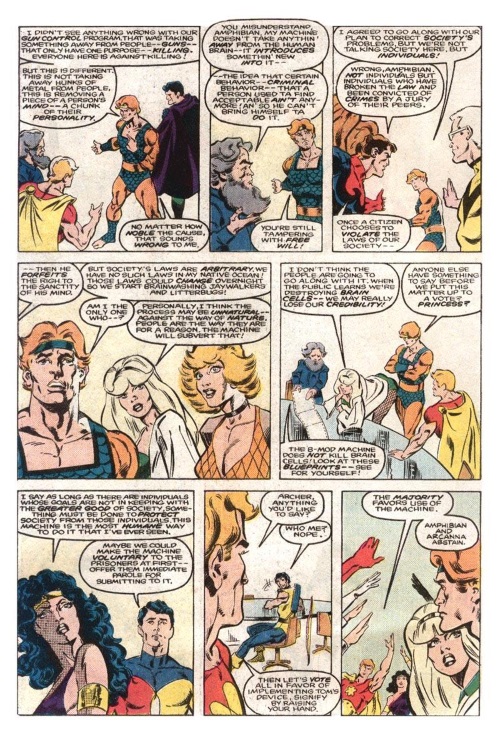 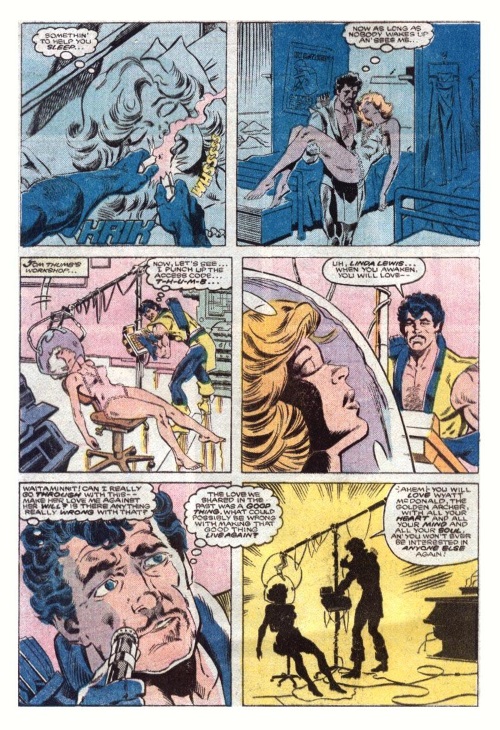 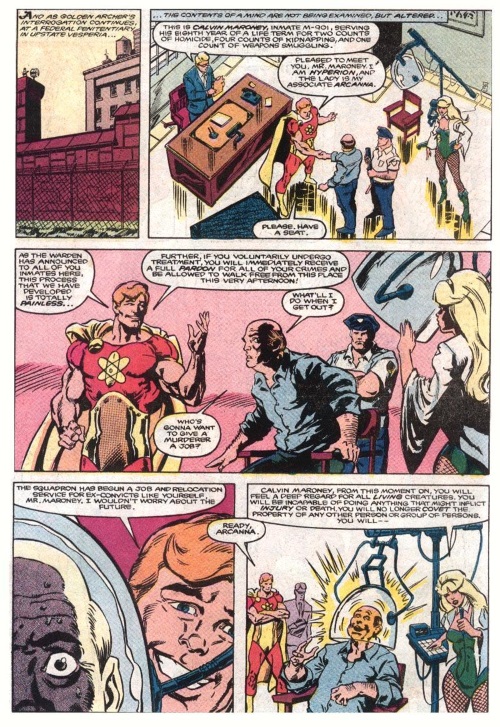 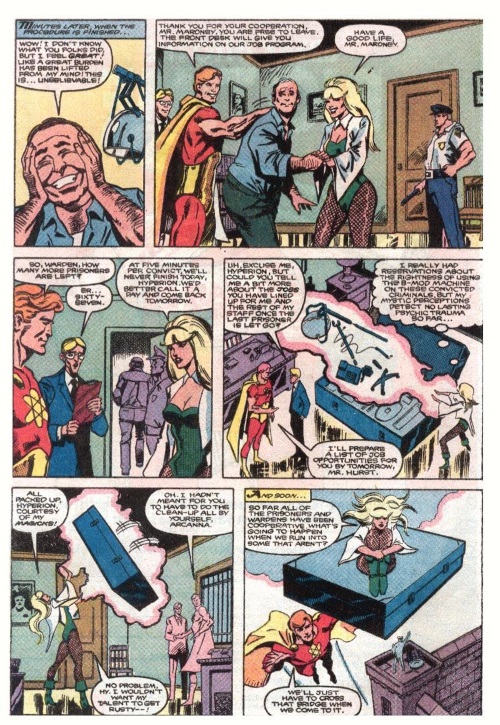 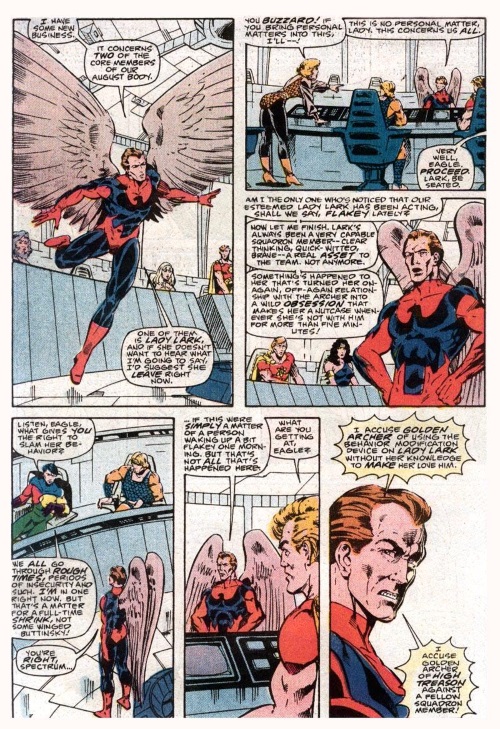 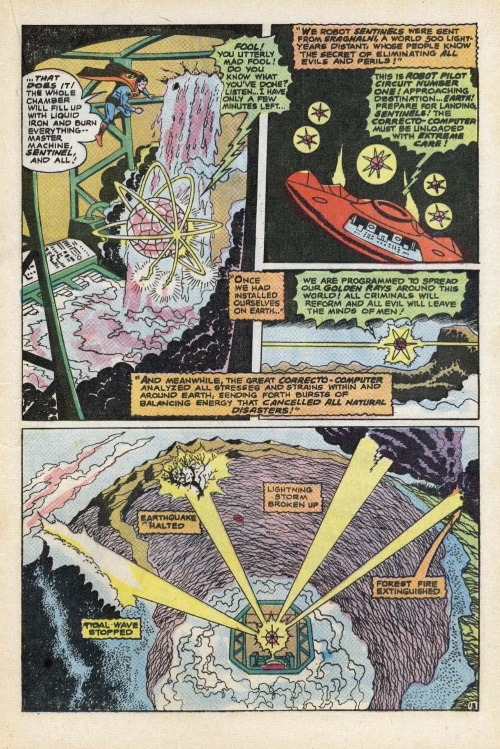 In the Infinity Crusade (Marvel), mind control on a universal scale is explored. The mini-series is none stop action and great graphics but totally ignores the philosophical implication of the crusade. 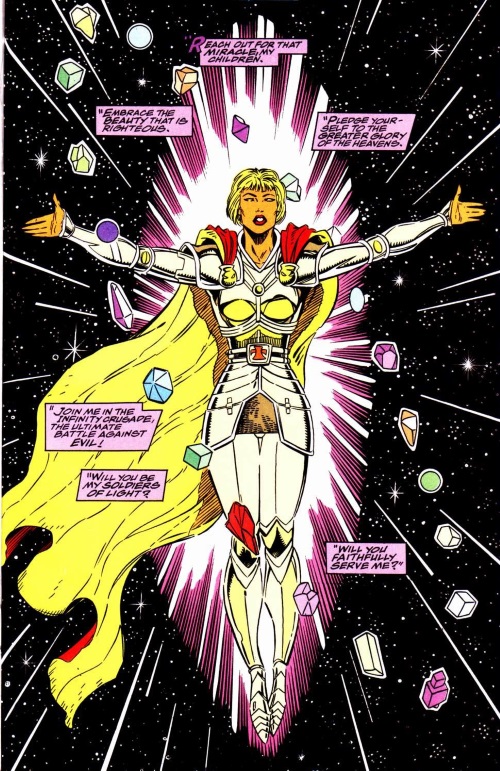