Lady Memory (DC) can painfully unleash the powerful memories of a subject and Mon-El has a thousand years of painful memories to unleash in Tales of the Legion of Super-Heroes #318. 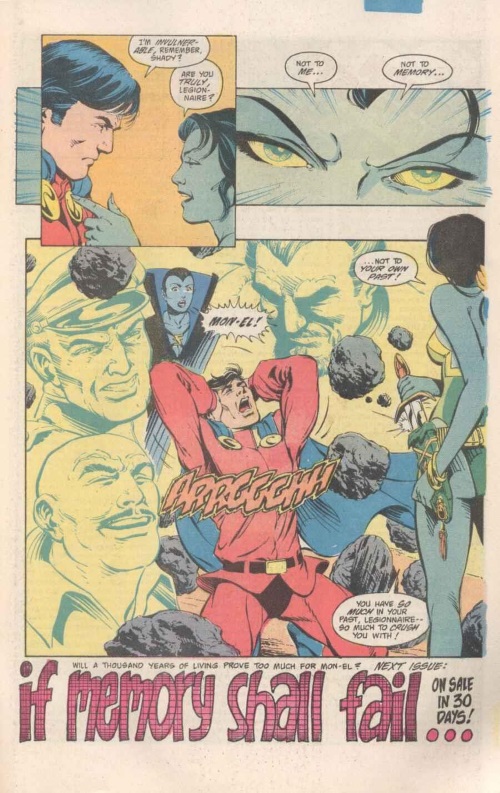 Zatanna (DC) causes Dr. Light to forget the secret identities of the Justice League in the Mindwipes Storyline.

In the story arc Spider-Man: One More Day, Mephisto (Marvel) erases the world’s collective memory of Spider-Man’s secret identity, which had been exposed in Civil War #2 (Amazing Spider-Man #545). 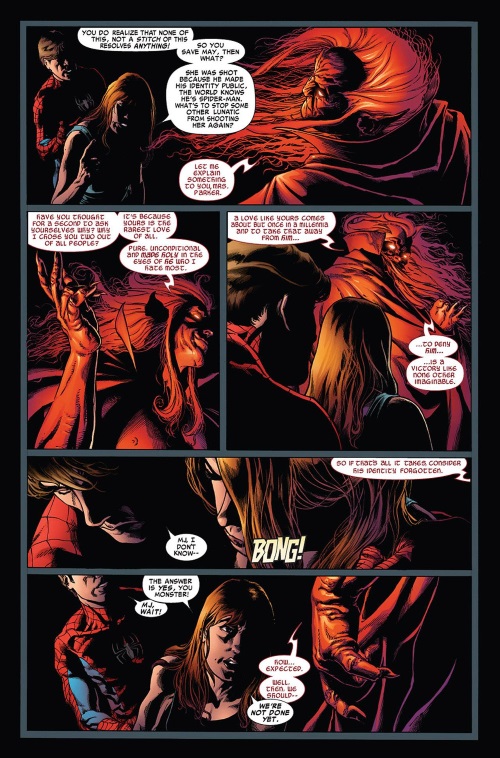 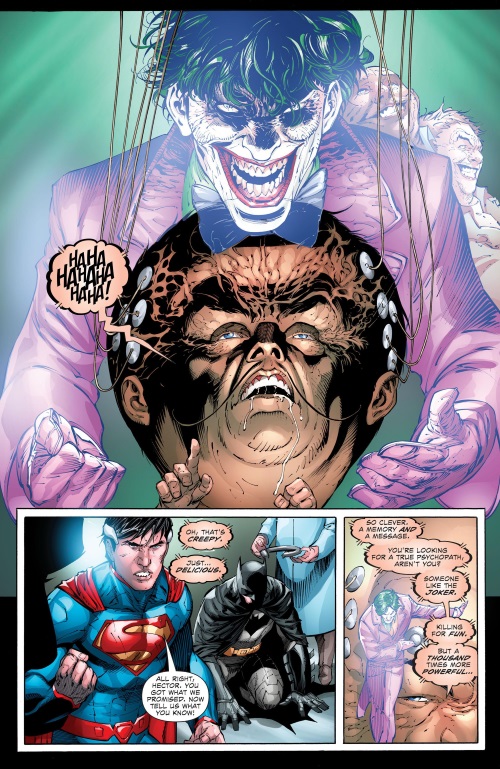 Batman and Robin (DC) uses an Amnesia Machine on Superman to cause him to forget their secret identities in World’s Finest Comics V1 #149.

On the planet Zooria the memories of criminals are erased as shown in Superboy V1 #80. 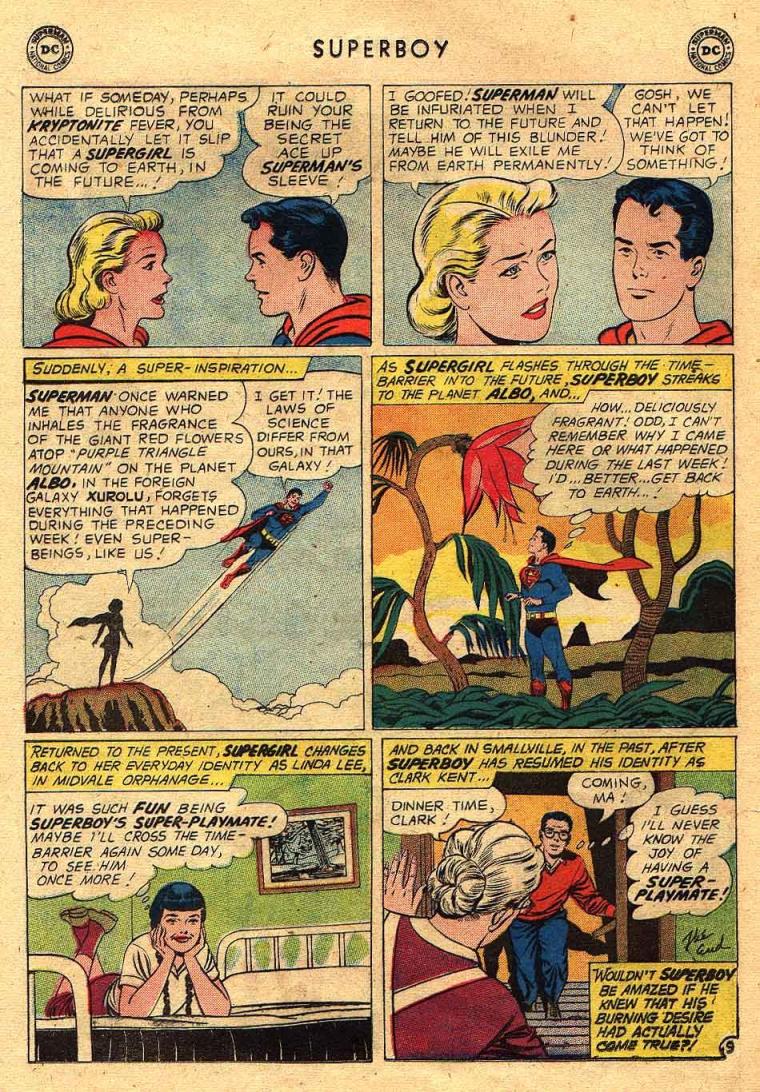 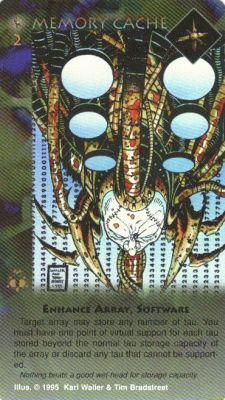 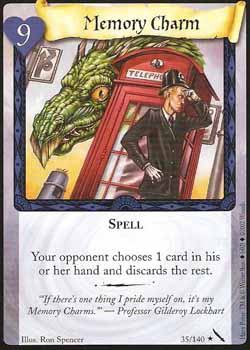 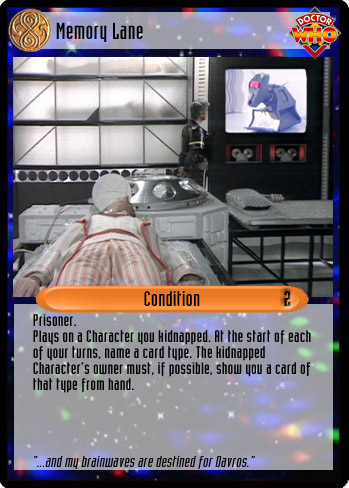 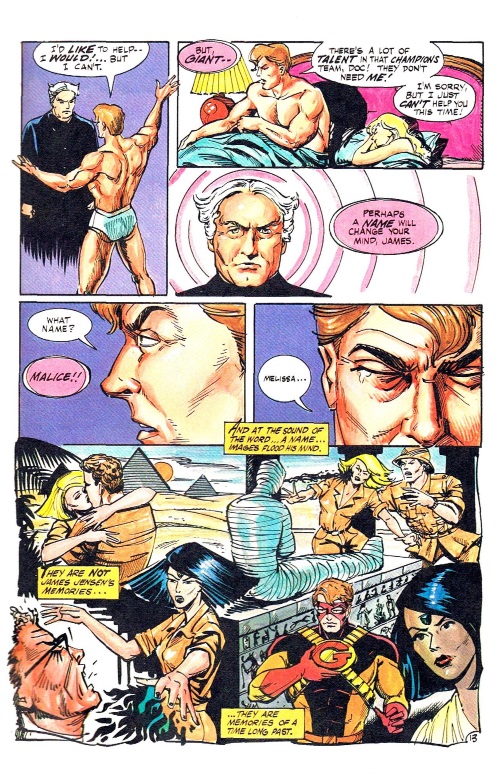 Maxwell Lord (DC) uses his psychic powers to erase the memory of his existence in Power Girl V2 #13. 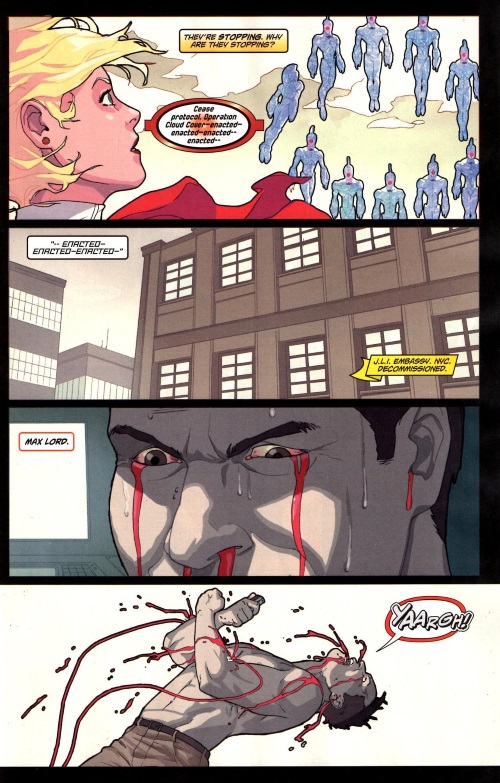 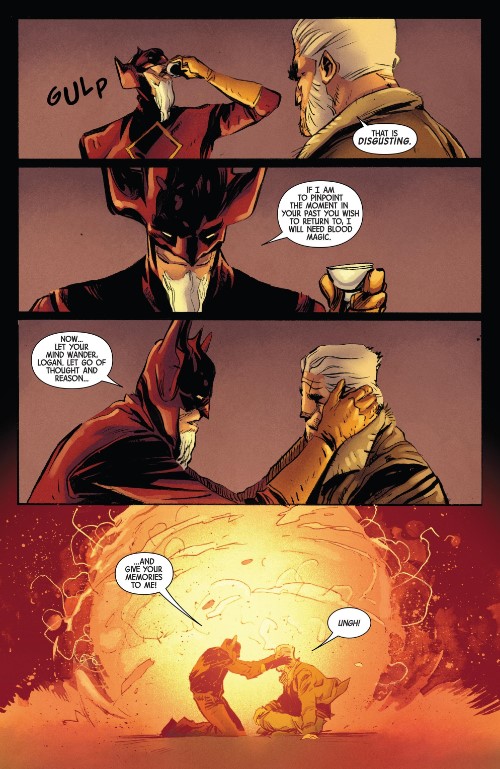 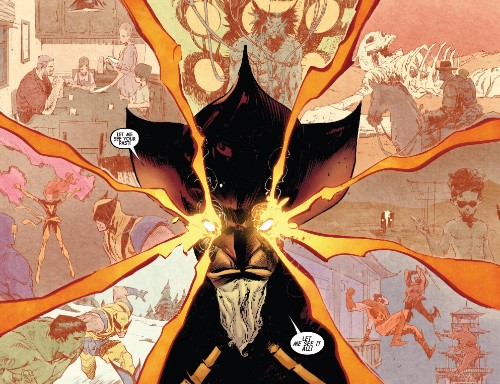