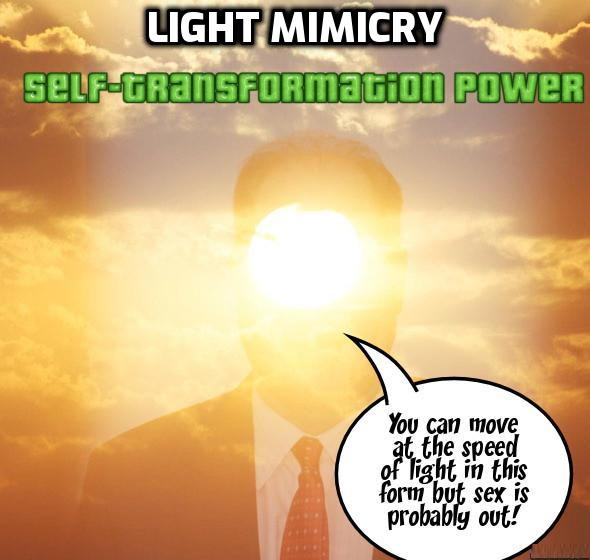 The Living Laser is a supervillain that has been transformed into photons and Iron Man reflects that his power has increased exponentially in The Invincible Iron Man V1 #260.

Optilux is an enemy of Supreme that is composed of light and wants to turn everyone else into light as well.