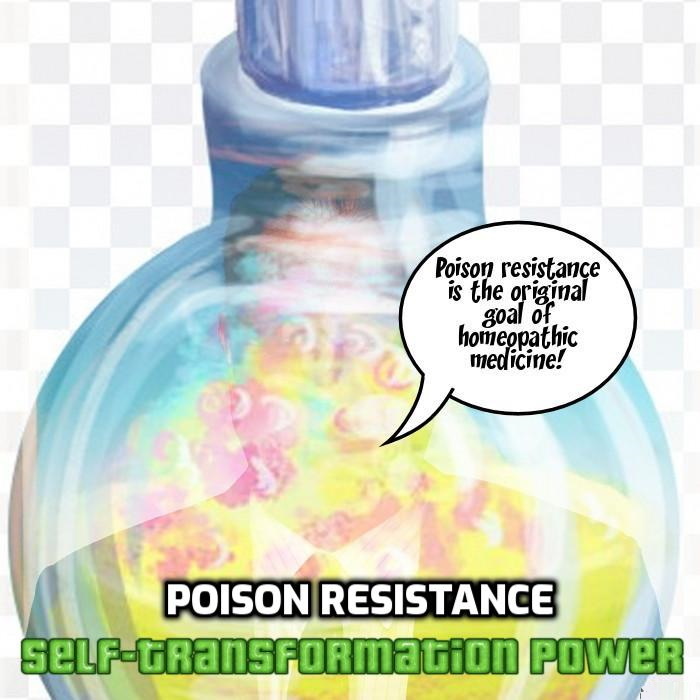 Poison Resistance – The ability to be exposed to and/or ingest toxins and not be harmed.  This specialized type of invulnerability complements poison generation or the character might poison himself/herself.  Poison Resistance is also known as Poison Immunity and Toxikinetic Immunity.

Poison Ivy (DC) is a supervillain that employs poison so she needs this resistance to survive her own poisons. Poison Ivy uses a mind control poison mixed with Green Kryptonite to get around Superman’s invulnerability (Batman V1 #611-612).

Thornn (Marvel) tries to poison the Invisible Woman in Marvel Knights 4 #26 but she takes an antidote created by Mr. Fantastic that neutralizes 16,000 types of poisons before each mission. According to the CDC there were 38,851 deaths by poisoning in 2013 and accidental poisoning is the fourth largest unintentional cause of death. If Mr. Fantastic released his antidote to the general population then he could save over 38,000 deaths a year and make a tidy sum of money as well. The Fantastic Four is broke in the Marvel Knights 4 plotline.

Venomm (Marvel) poisons the Black Panther with snakes and is immune to snake venom in Jungle Action #7.