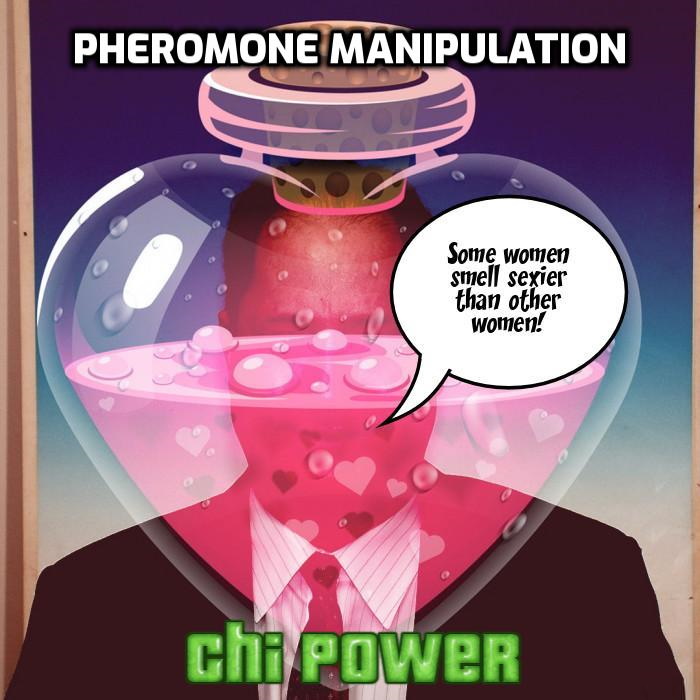 The Purple Man (Marvel) uses his pheromones for mind control. The Purple Man’s mind control is extremely powerful but you if you are not in his presence then his control wears off (Official Handbook of the Marvel Universe V2 #10).

Brian Michael Bendis in the comic book Alias (Marvel) goes back and forth from a more realistic art style to a more cartoonish art style.  Scott McCloud the effect of realism/cartoonish styles on the reader at the cognitive level in Understanding Comics –The Invisible Art.

Below are selected pages from Alias to give some idea as to how Bendis uses this artistic effect in a masterful and unique manner!

Wallflower (Marvel) can use her pheromones as a weapon. 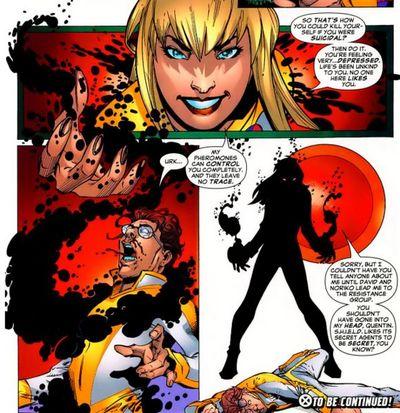 The Deltans (Star Trek) emit pheromones that make them sexually attractive in Who’s Who in Star Trek #1 (DC).

Fing Fang Foom (Marvel) is attracted romantically to the Wolverine’s S.H.I.E.L.D. Helicarrier because of pheromones in All-New Wolverine #8.