Telepathy – The ability to read the thoughts of, or to mentally communicate with others.  Telepathy is also known as Mental Surfing, Mind Induction, Psyche Probe, Thought-Casting and TP.

Saturn Girl apparently has the power to make others telepathic!  This power has huge potential which in typical Silver Age manner is never used systematically since it’s a throwaway power i.e. a plot device power (Superman V1 #176).

Saturn Girl is a member of the Legion of Super Heroes (DC) and acts as a telepathic switchboard for the team!

However, who needs Saturn Girl when you have Telepathic Ear Plugs in MF232 Hardware Handbook.

Saturn Girl is from Titan a  moon of Saturn.  Her arch enemy, Saturn Queen (DC) is also a telepath from Titan that makes her first appearance in Superman V1 #147, below.

The Martian Manhunter acts as the telepathic switchboard for the Justice League like Saturn Girl does for the Legion of Superheroes! 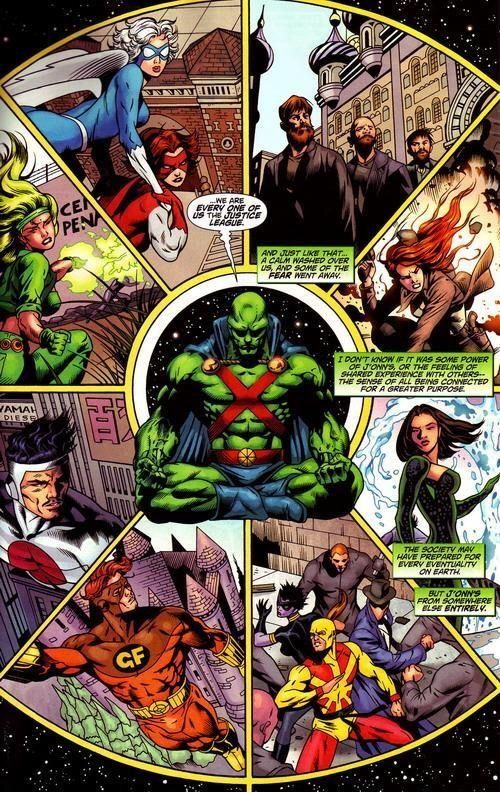 However, the feat that causes the Martian Manhunter seem superior to Saturn Girl is his ability to read the minds of everyone on the world!

At least in the above example, only human minds were read! In the example below, the Martian Manhunter seems to be able to read the minds of all living beings on Earth!

Professor X (Marvel) is perhaps the most powerful telepath in the Marvel Universe.   Professor X like the Martian Manhunter is bald!

Professor X is no slouch in the telepathic feats area.  Professor X reaches across time and space and scours the minds of aliens in Maximum Security #32! 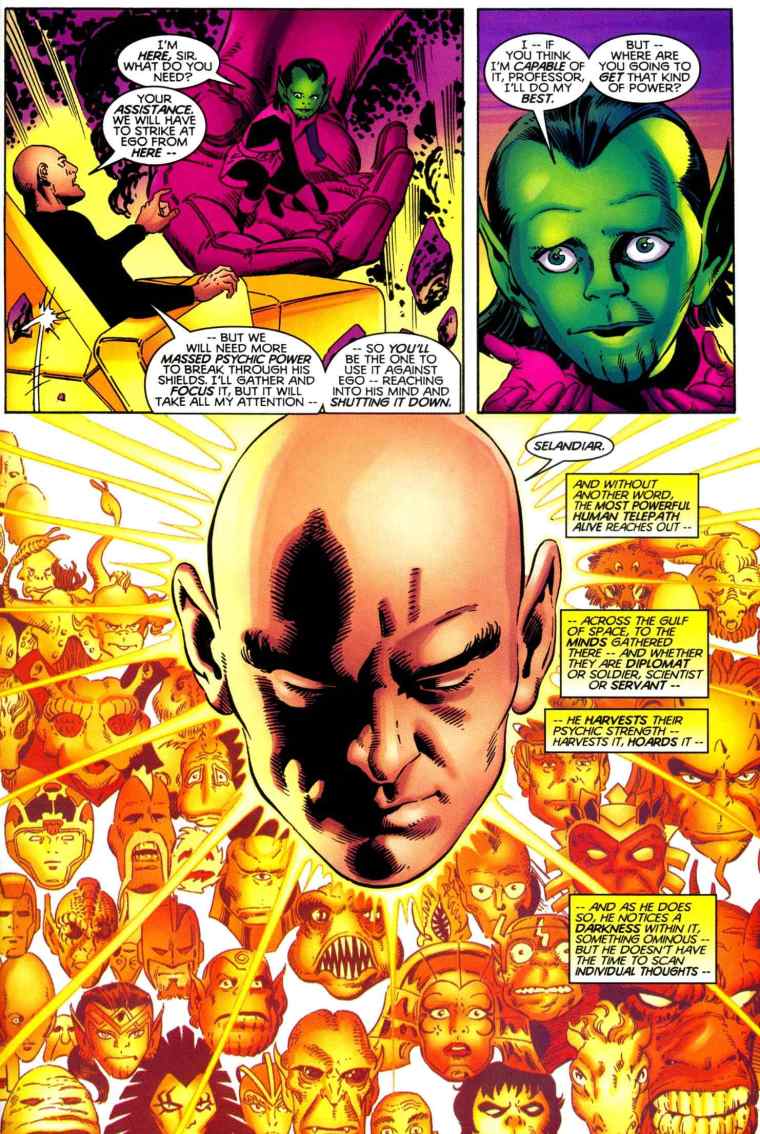 Emma Frost (Marvel) is a telepath whose power rivals that of Professor X in X-Men Legacy #216.  Perhaps, Professor X has more raw power but Emma Frost is superior at the specialized art of telepathic combat. 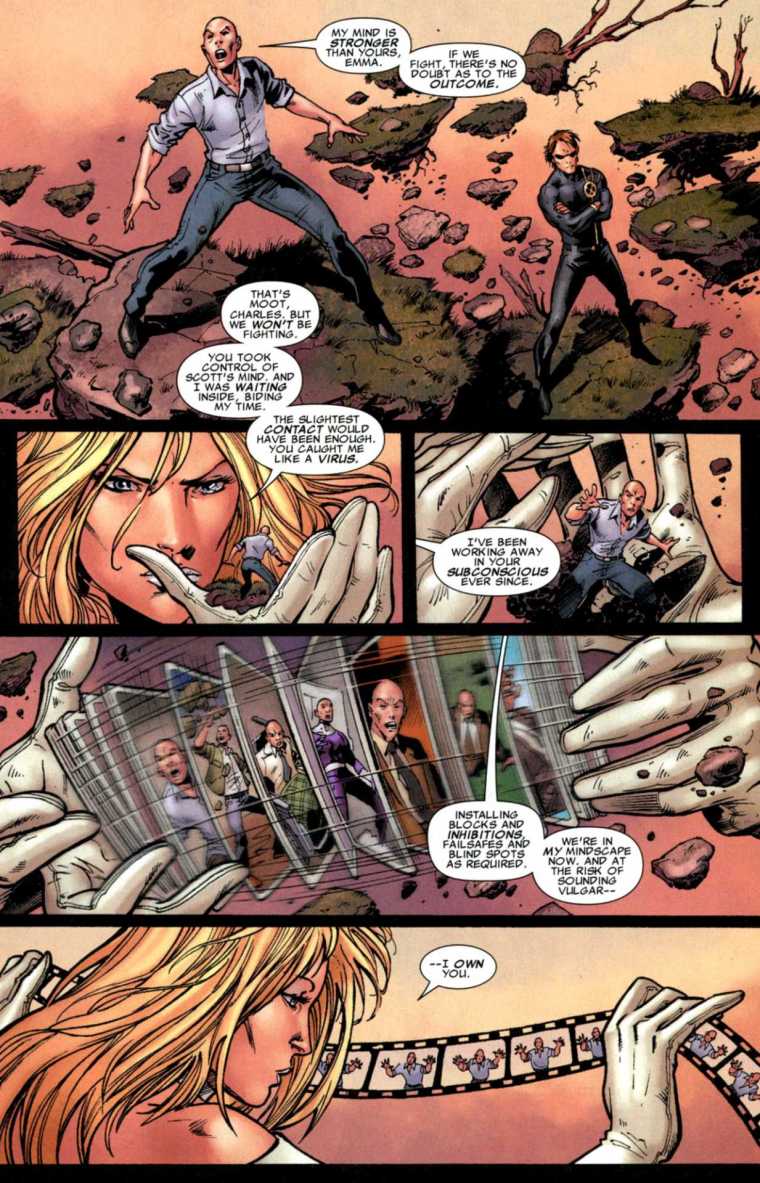 Saturn Girl (DC) is a sexy telepath but Emma Frost is the sexiest telepath period! 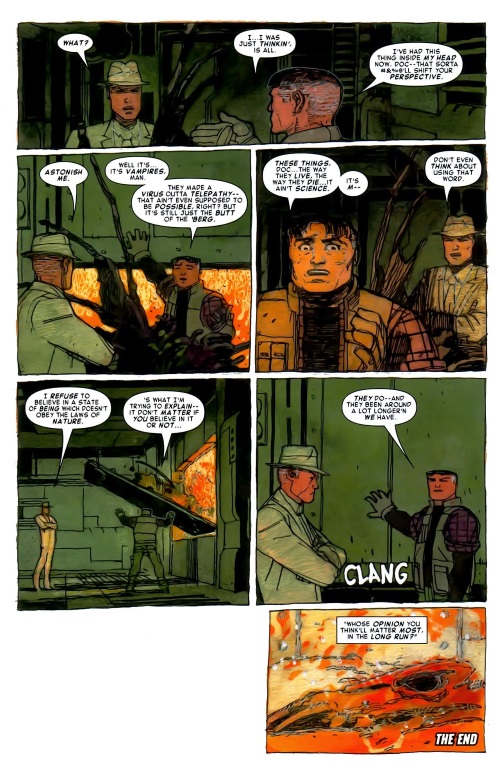 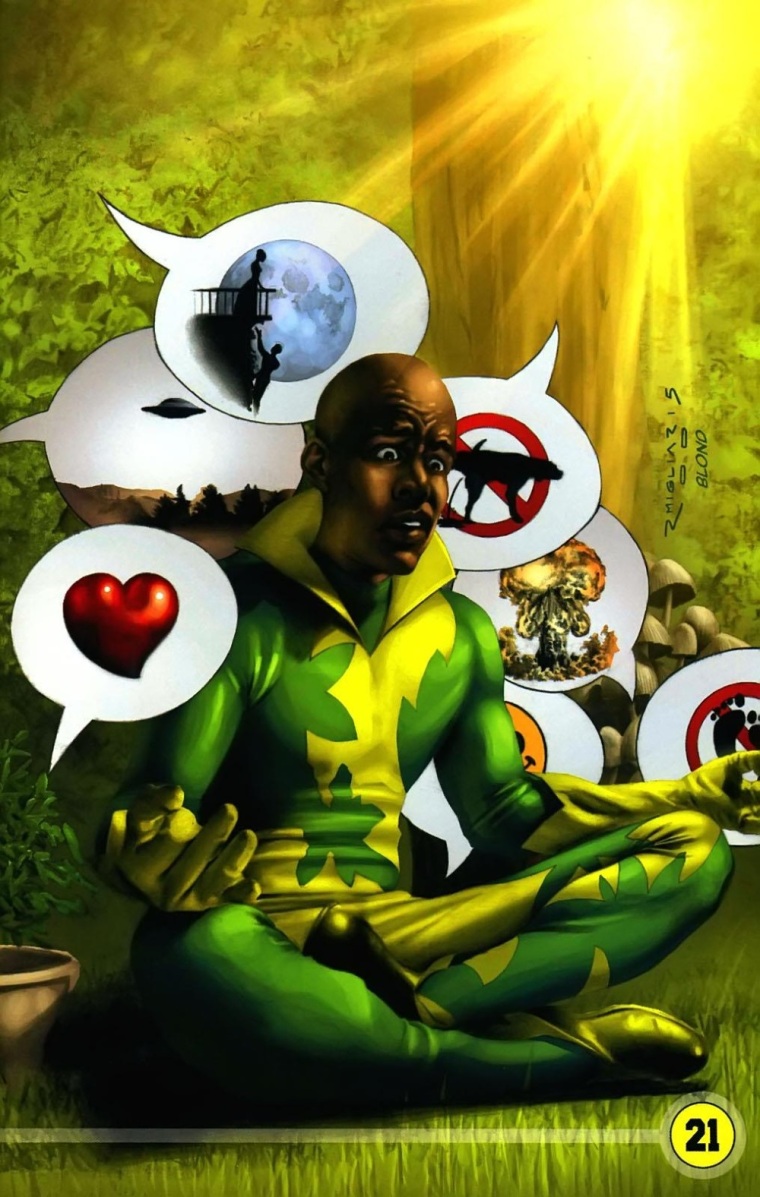 Keepers of the Ages are powerful 18th level psions who use telepathy to defend themselves in Creature Collection III. Savage Bestiary. 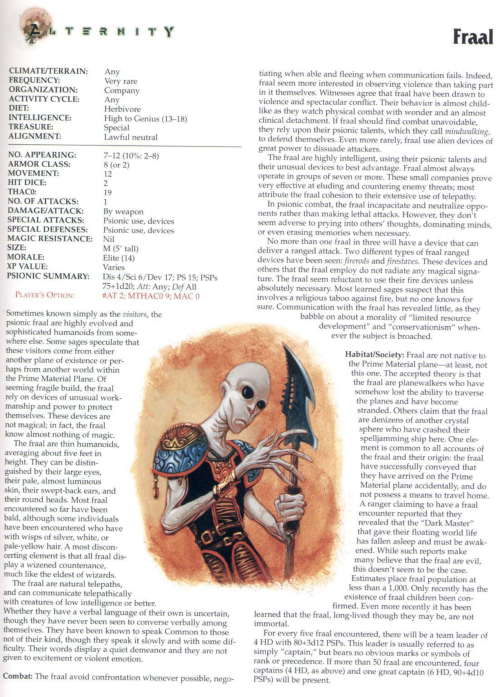 Link (Wildstorm) was a powerful telepath in Youngblood Battlezone #2 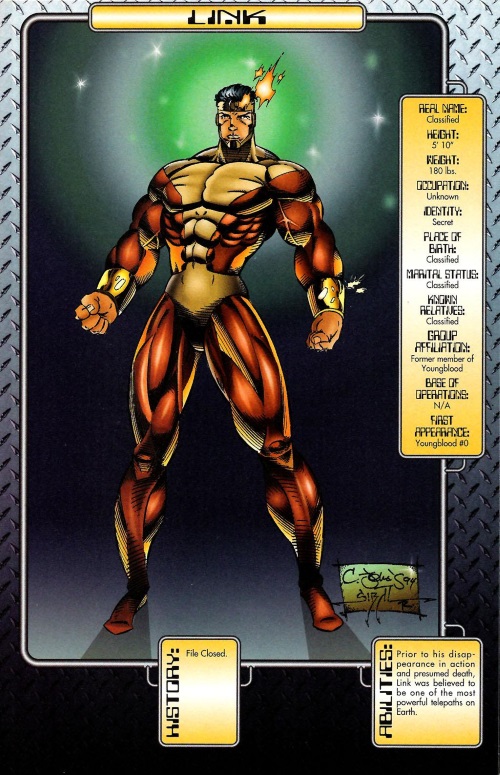 Mother May is not just a telepath but also has mind control as a power in Cyberforce-Sourcebook #1. 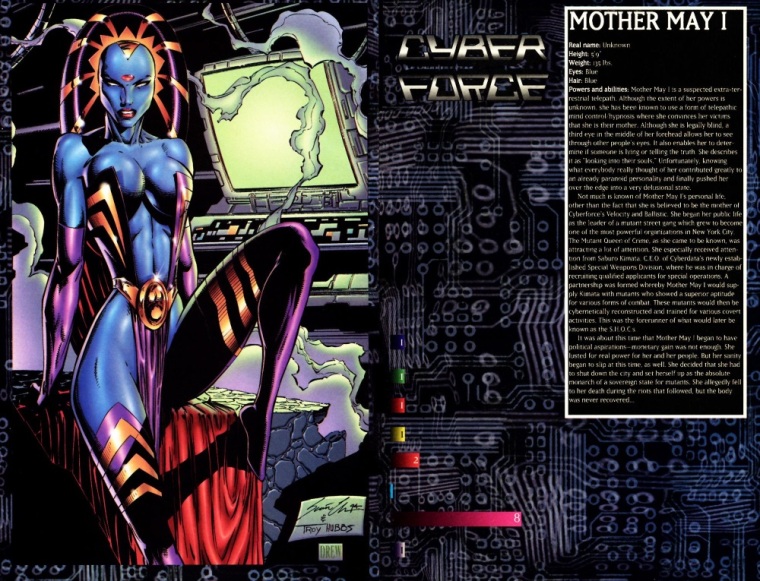 The Sensorites (Doctor Who) are a telepathic alien race in First Doctor Sourcebook. 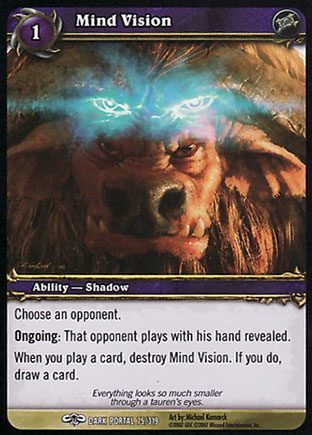 Cassandra Anderson is yet another sexy blonde telepath in 2000 AD #1045. 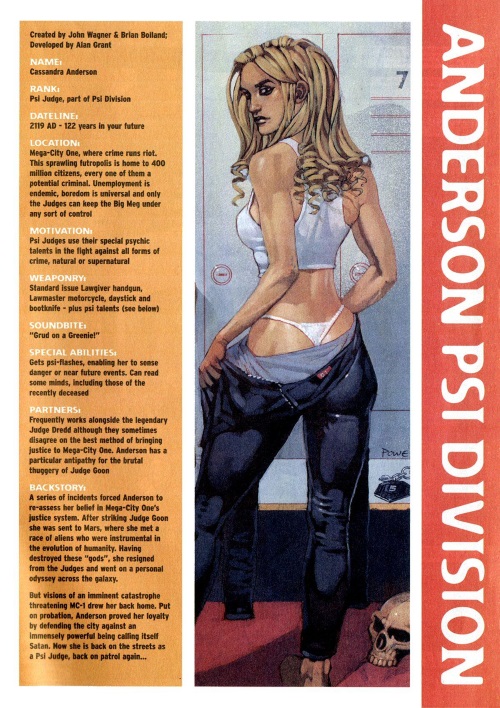 Janus Psi is not a blonde but bald like the Martian Manhunter and Professor X in 2000 AD #980.

What’s with the hair coincidences? I think blonde is associated with sexy in US culture. So, if you are going to have a sexy female telepath then make the female a blonde. After all blondes have more fun. I imagine sexy blonde telepaths would be even more fun! In the movie X-Men: First Class. Emma Frost pretends to have wild sex with a Russian general using her telepathic powers. Imagine what sex would be like if the telepath combined telepathy with actual physical contact?

Bald is a subliminal way to tell the reader they are dealing with a male character that has some sort of superior mind. Telepathy is a mind centered power. Characters like Lex Luthor (DC), Brainiac (DC), the Watchers (DC), etc., etc., are bald and also have super intelligence. Janus Psi (2000 AD) who is female and bald is a subversive character. That makes sense since Mark Millar, the creator of Janus Psi likes to create antiheroes that don’t fit the usual US stereotype of a hero. On the other hand, maybe I am just over intellectualizing and the hair styles of telepaths are just coincidence. What do you think?

Make sure to read A Survey of Psychic Powers Found in Fiction and History!