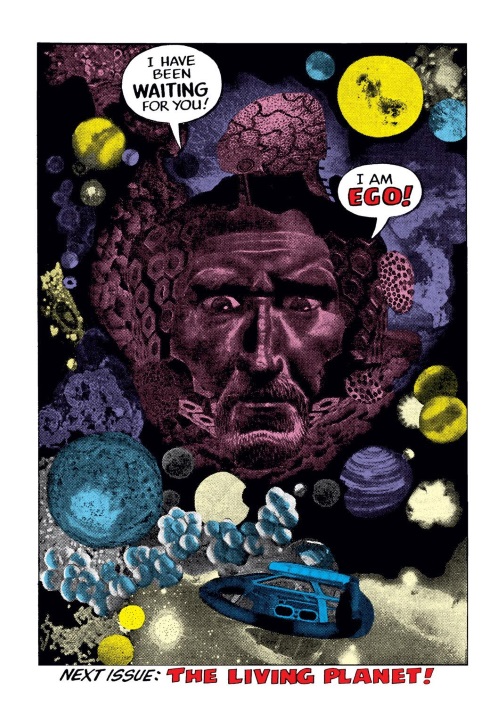 Ego did manage to get an entry in the Official Handbook of the Marvel Universe V2 #4.

Mogo (DC) is the DC version of a living planet and is also a Green Lantern but doesn’t socialize (Green Lantern V2 #188).

Yggardis, the Living Planet (DC) is the first living planet in comic books but largely unknown and fought Adam Strange (DC) in Mystery in Space #60.

Cybertron is described as being a vast, living, metallic planet, with 13 avatars that that evolved from the living planet, by Optimus Prime in Transformers #43 (IDW). 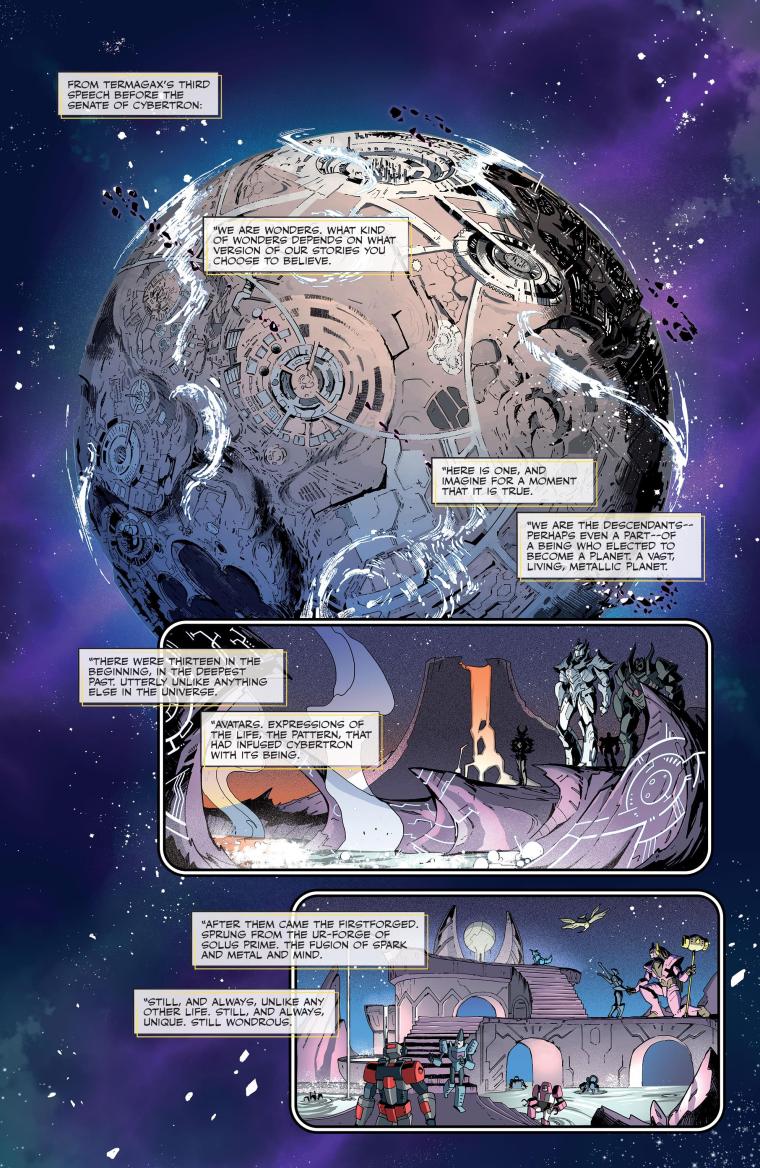 There are several living planets that are some version of Gaia.  There is the Marvel Version of Gaea that is a personification/embodiment of planet Earth as explained in Thor V1 #10 (1982) below. 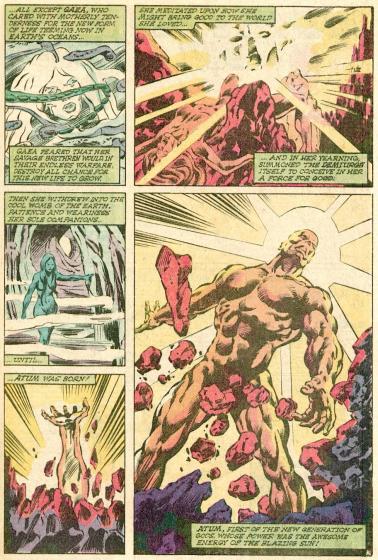 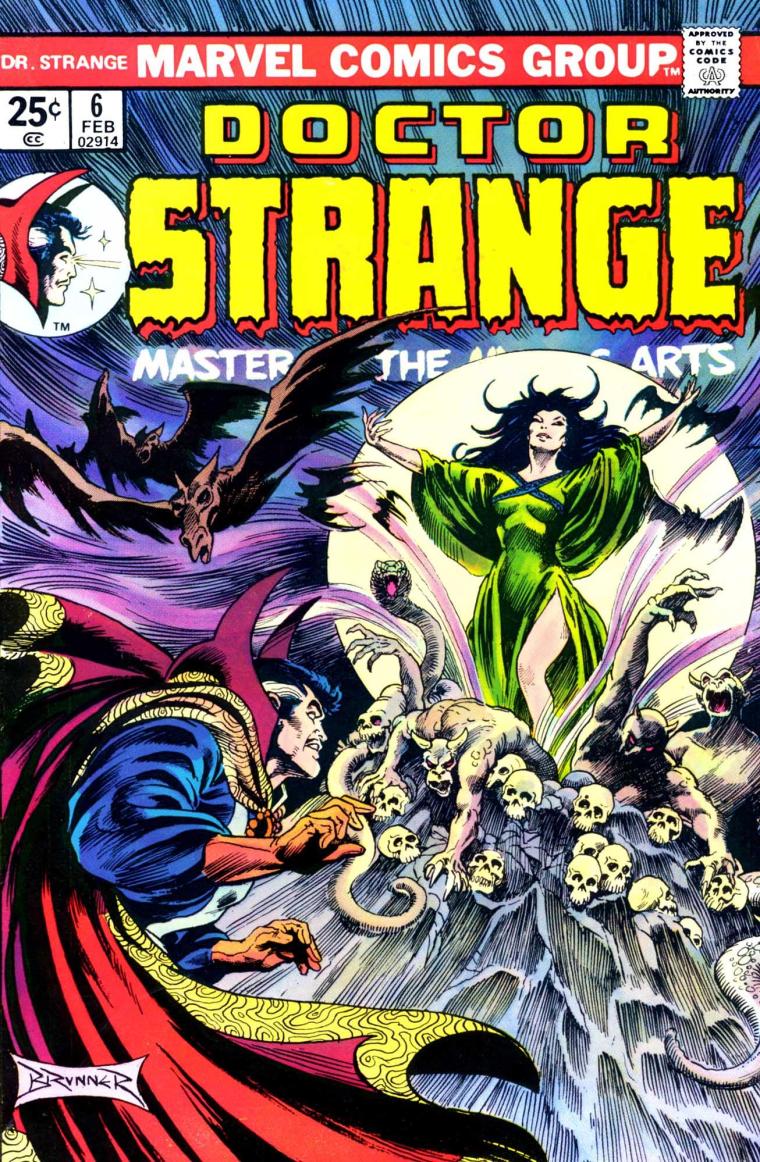 The Marvel Gaea even got her own entry in Official Handbook of the Marvel Universe V2 #4.  In this entry we find that Gaea is the mother of Thor but now the Phoenix Force might be Thor’s mother. 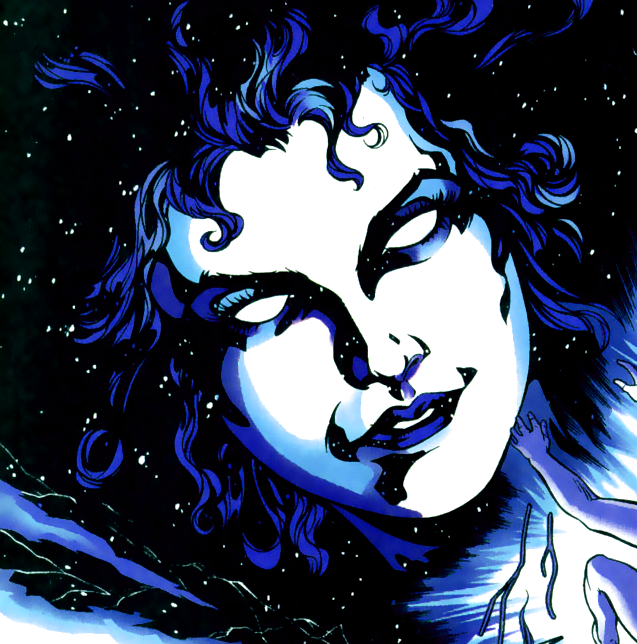 And finally in the real world, the none comic book world, there is the idea that the Earth is alive or at least is a single organism.  This idea is known as the Gaia Hypothesis.

Battle of the Planets!

What would happen in Ego (Marvel), Mogo (DC), Yggardis (DC) and Gaia (real world), Gaea (Marvel and Gaea (DC) fought in a Battle of the Planets? The answer is here! The heavy weights are Cybertron, and Mogo because they have powers other than planetary powers. Ego is a middle weight.  The Gaeas/Gaia seem like lightweights.

Cybertron begat the Transformers!  A cybernetic planet would also be a planet sized computer if it wanted and have super duper intelligence and all sorts of cyber powers.  I guess Cybertron could make an army of transformers with a central command to fly of to space and conquer Mogo in yellow spaceships and yellow metal.  Mogo’s Green Lantern power ring is useless against yellow colored objects.  Cybertron could easily beat Ego (Marvel) but have a hard time dealing with Mogo (DC) because of Mogo’s power ring. The power ring can do almost anything and the big limit would be the will power of the user.  A giant planet has lived a long time and probably developed some inner resources in that time.  The Adam Strange Ygardis (DC) seems small based on the art in the comic book.  A bigger planet should have more resources than a small planet i.e. more materiel for war.  The Superman version of Ygardis is much bigger and probably more powerful than the Adam Strange version of Ygardis. In DC in-universe logic, the Adam Strange version precedes the Superman version and perhaps the Adam Strange version is a juvenile and the Superman version is an adult sized living planet in the DC universe.  Mogo still beats the adult version of Ygardis.

Our Gaia seems powerless to do anything but die due to human negligence and if self aware has the awareness of a microbe or no survival instinct.  The idea that Gaia will try to destroy humans for self-preservation is not a new one.  The DC and Marvel Gaea are similar and are both personifications/embodiments of their respective Earths.  The Gaias/Gaeas have no power rings or cybernetic powers to make them more powerful than other planets. Mogo wins because if worst comes to worst Mojo can call on the Green Lantern Corps or even appeal to the Guardians of the Galaxy directly.  However, Cybertron gives Mogo a run for his money!