Superman Blue (DC) accepts the bad news that his new energy body is here to stay. 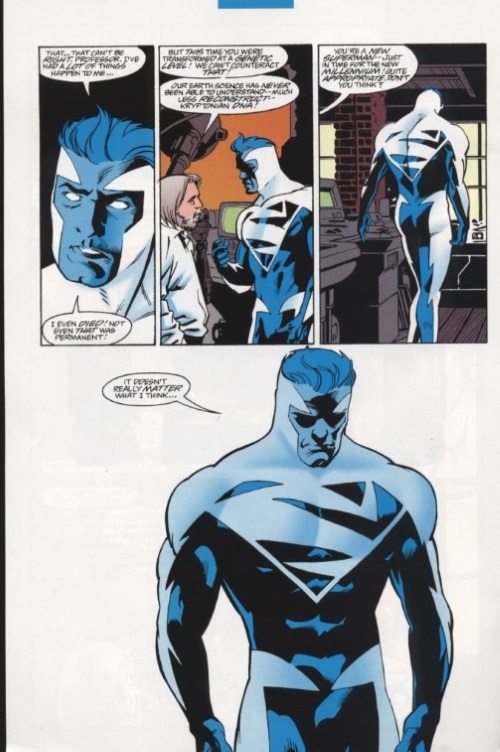 Pulsar (Marvel) of the Shi’ar Imperial Guard is composed of energy and is based on Wildfire in the DC universe. 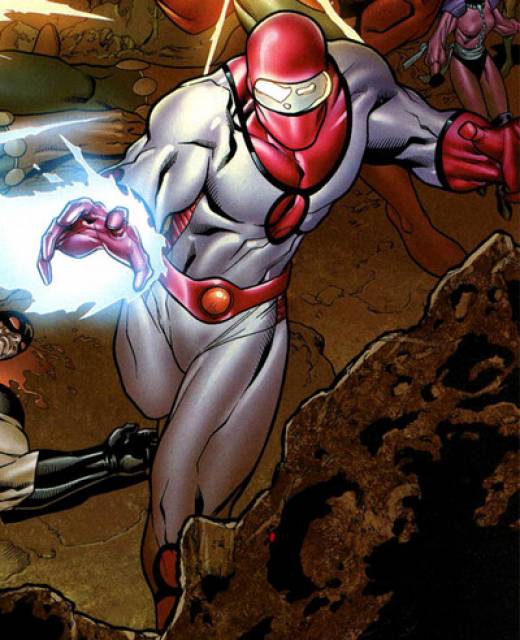 Quislet (DC) comes from a dimension of energy beings and needs a space ship to contain his form (Who’s Who #19). 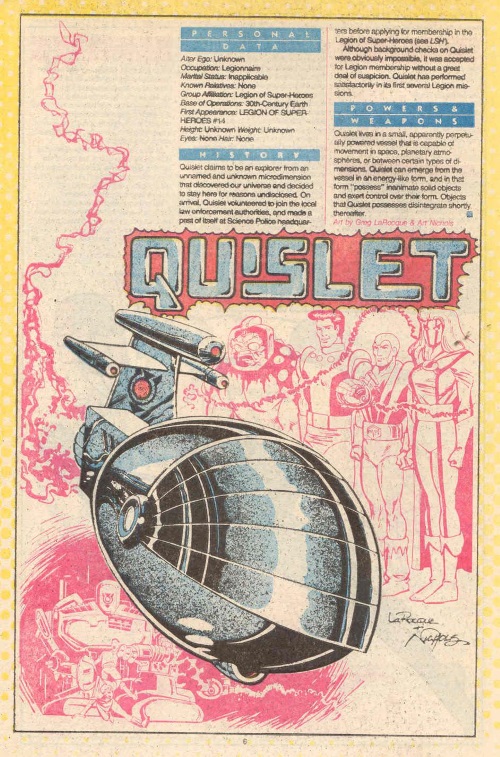 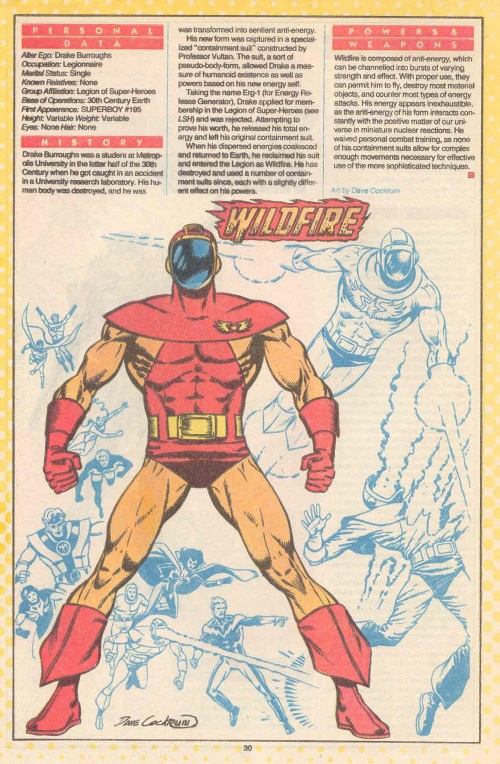 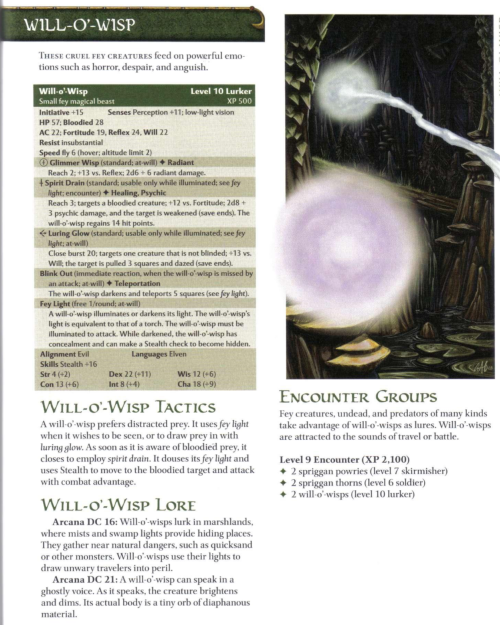 Stardust (Marvel) is the only herald of Galactus composed of energy (Annihilation – Heralds of Galactus #1). 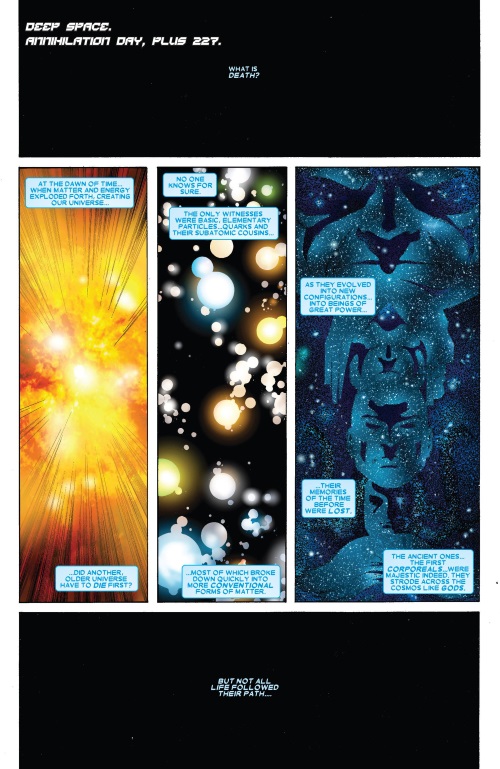 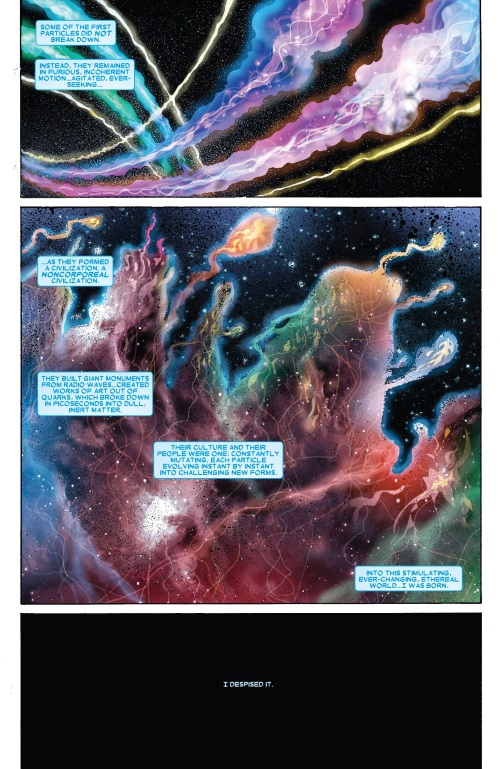 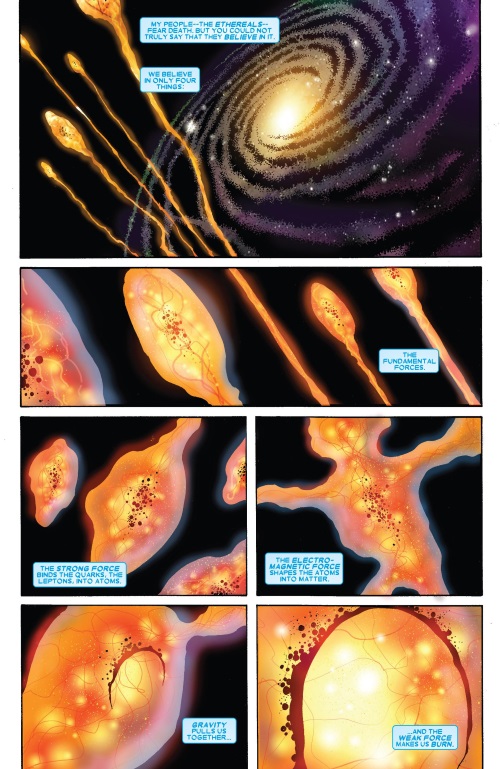 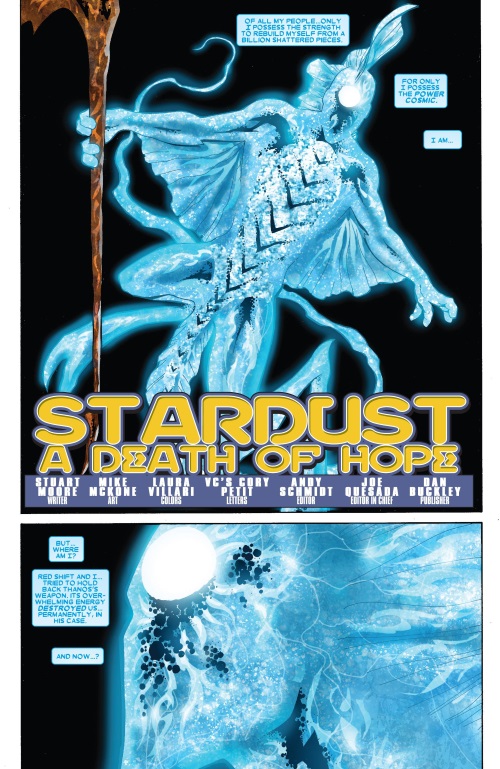 The Mandragora Helix is a ball of energy in Fourth Doctor Sourcebook. 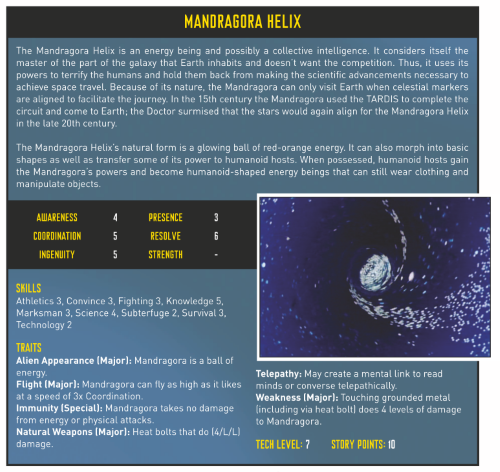 Normal humans are turned into energy beings in “Rampage of the Energy Beings”- Tales of the Unexpected #99. 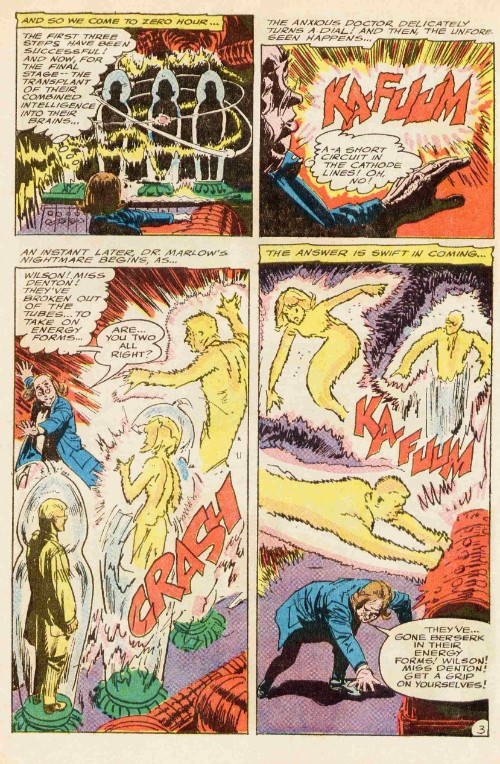 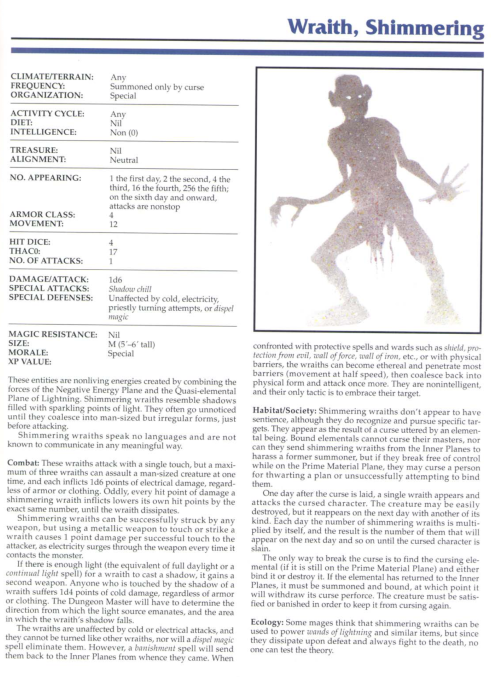 Vardans are energy beings that can become material in Fourth Doctor Sourcebook. 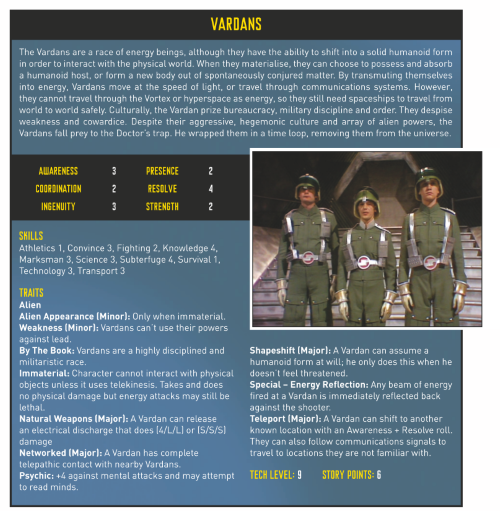 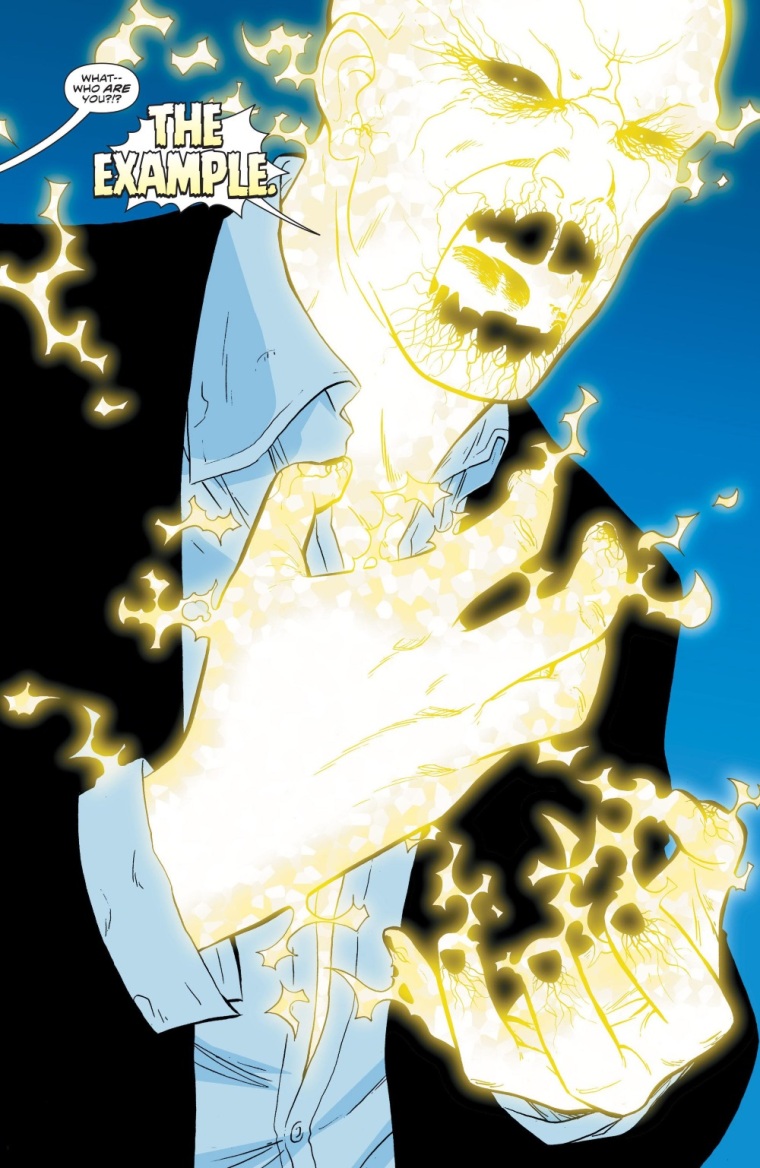