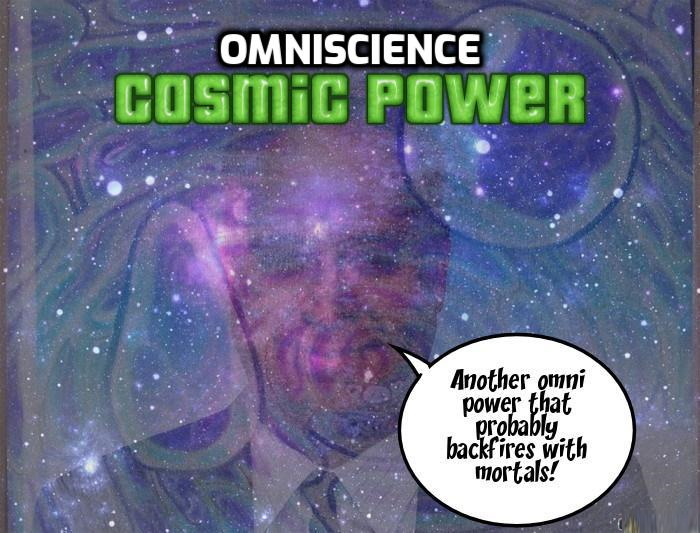 Omniscience – The ability to know anything and everything.

In Swamp Thing #62, Metron and Swamp Thing encounter an aleph and are temporarily omniscient.  The graphic below was made by joining two pages and kept full size when uploaded.  I think the graphic might make a good poster! 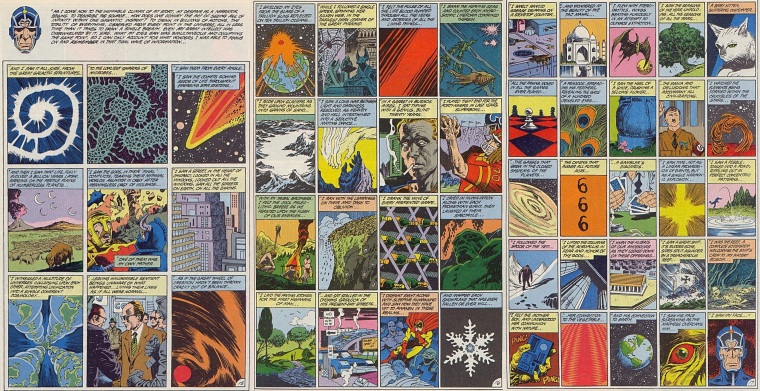 Destiny (DC) has a book chained to his wrist that presumably has all the knowledge in the universe (The Sandman: Endless Nights). 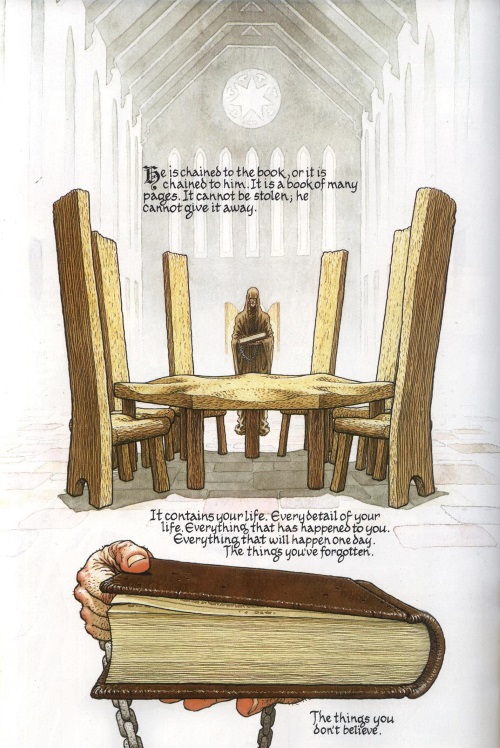 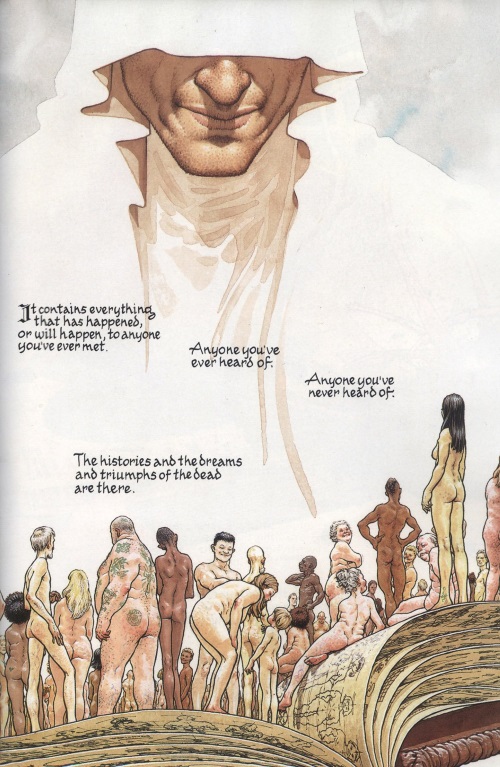 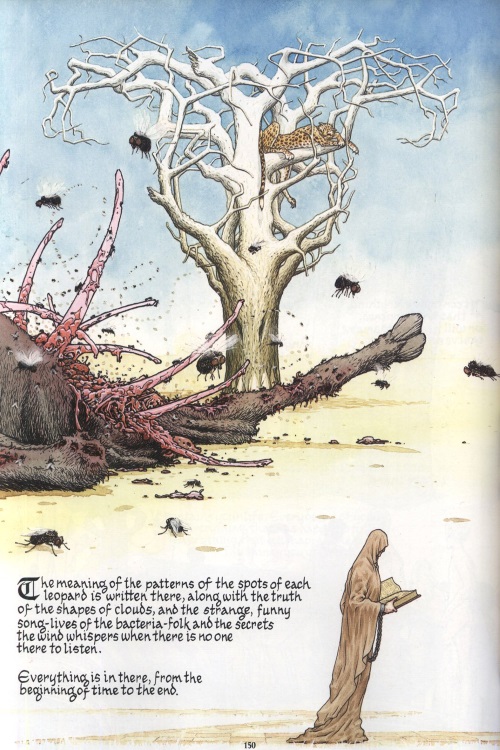 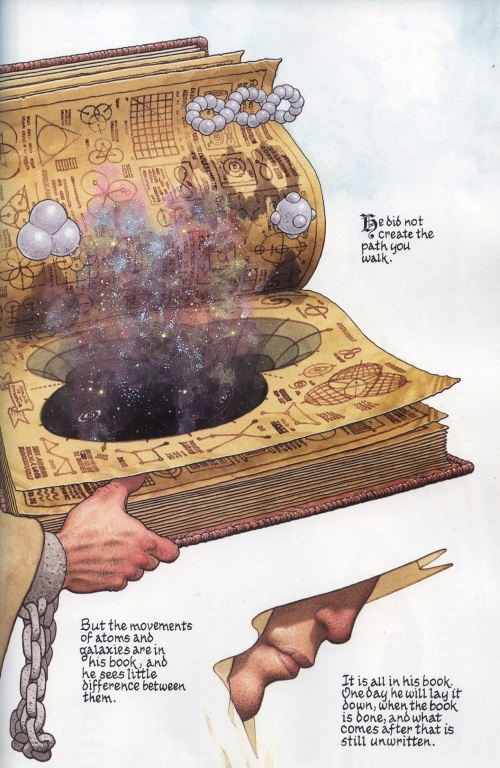 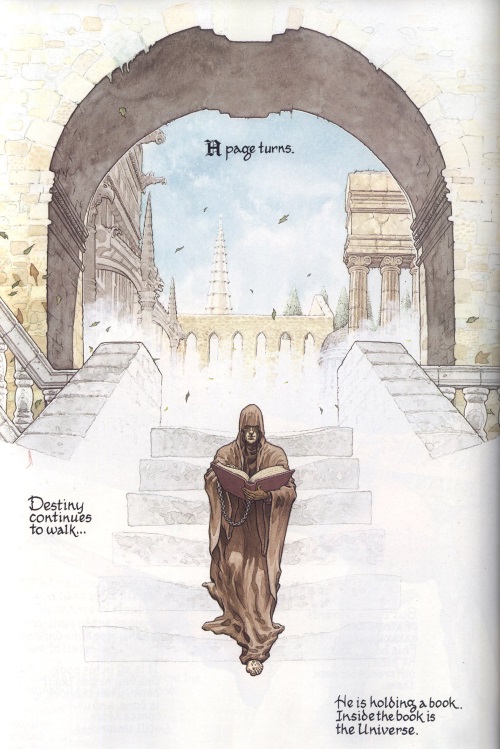 Doctor Doom (Marvel) struggles with omniscience in Secret Wars I. 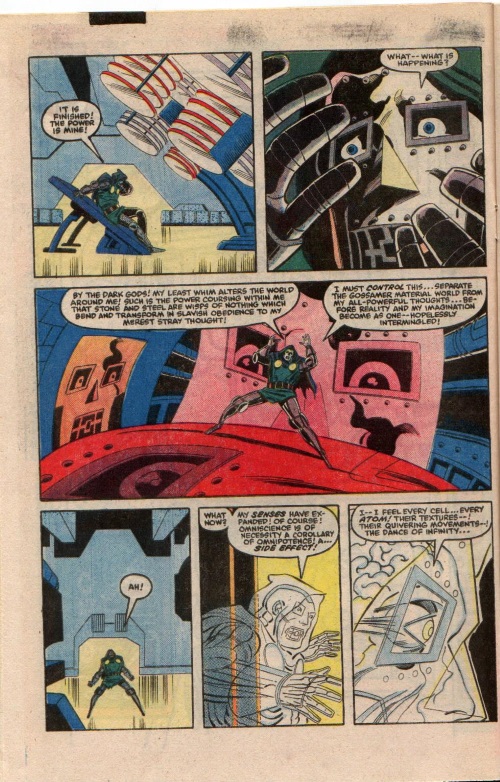 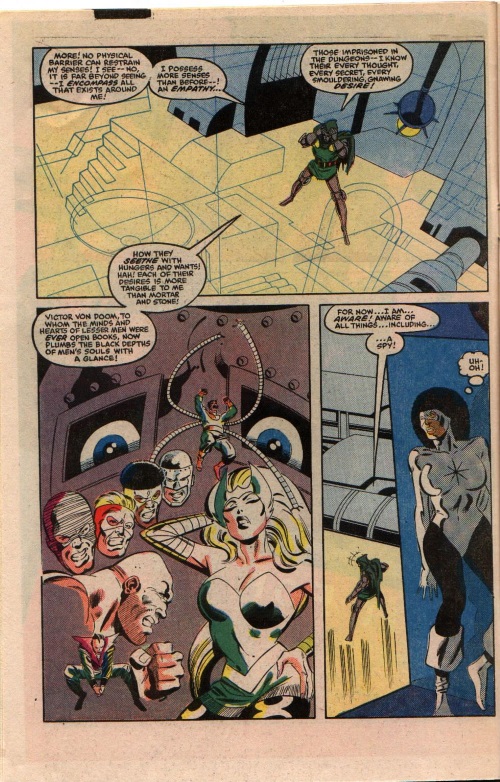 In Uncanny X-Men V1 #134, Mastermind (Marvel) makes the mistake of pitting his power of illusion against the might of the Phoenix Force! Forced omniscience turns out to be too much for Mastermind! 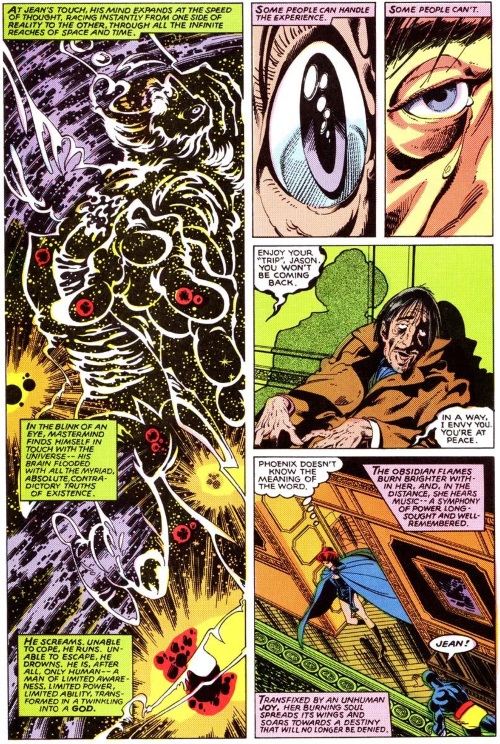 Luis Borges wrote a story called The Aleph which deals with omniscience. 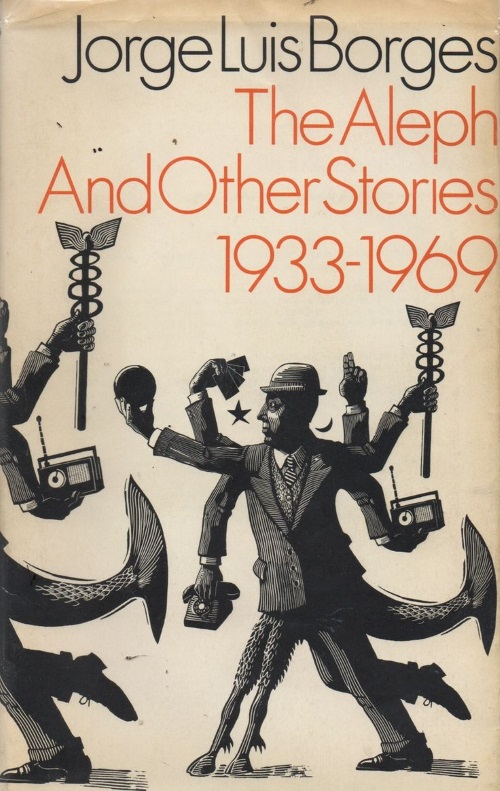 The Phantom Stranger (DC) has near omniscience (Secret Origins V3 #10). 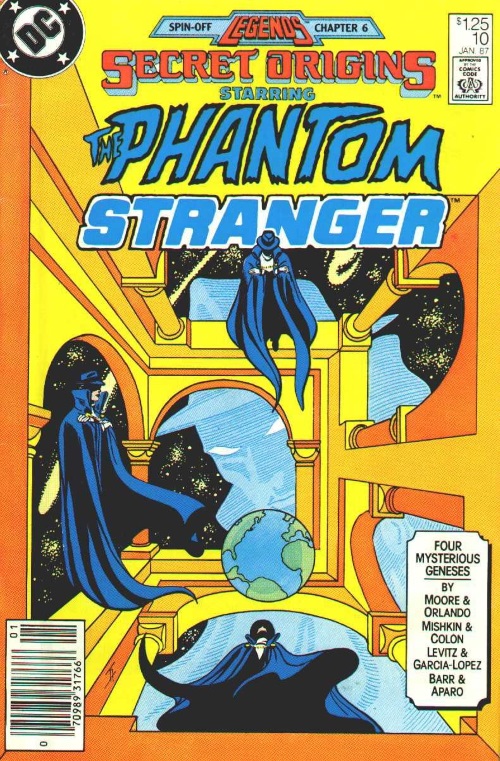 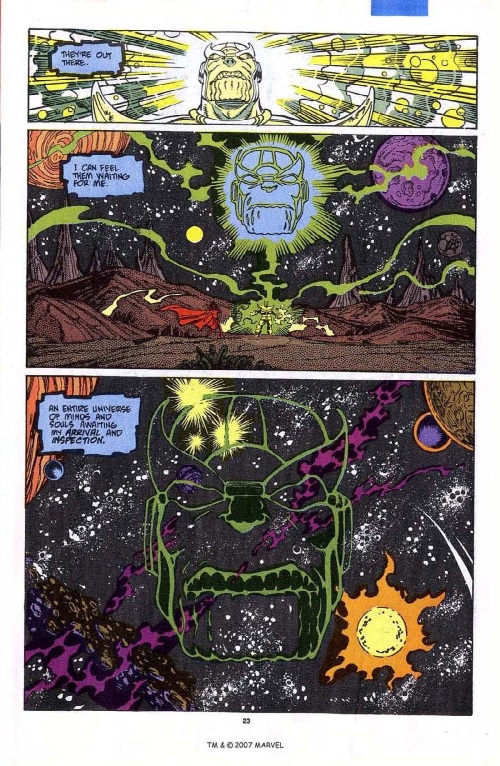 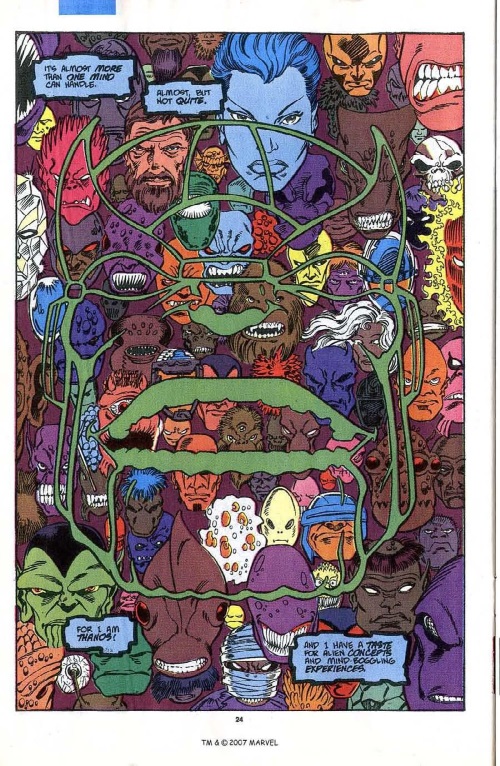 The omniscience of Thanos (Marvel) is illustrated in depth in Thanos Quest #2. 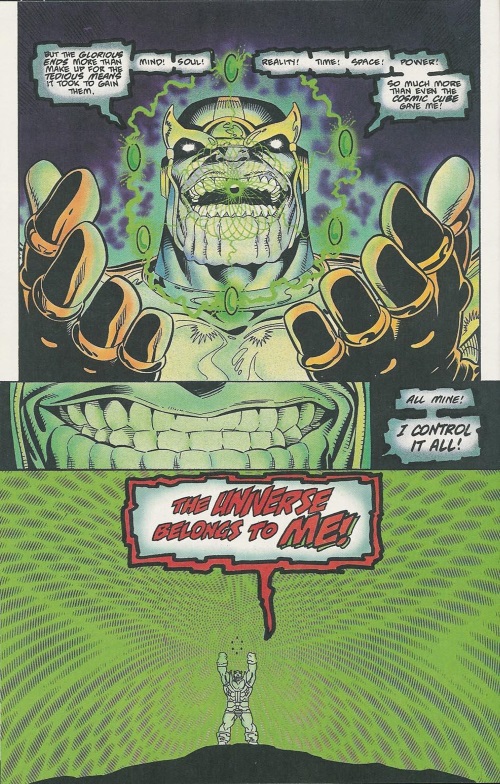 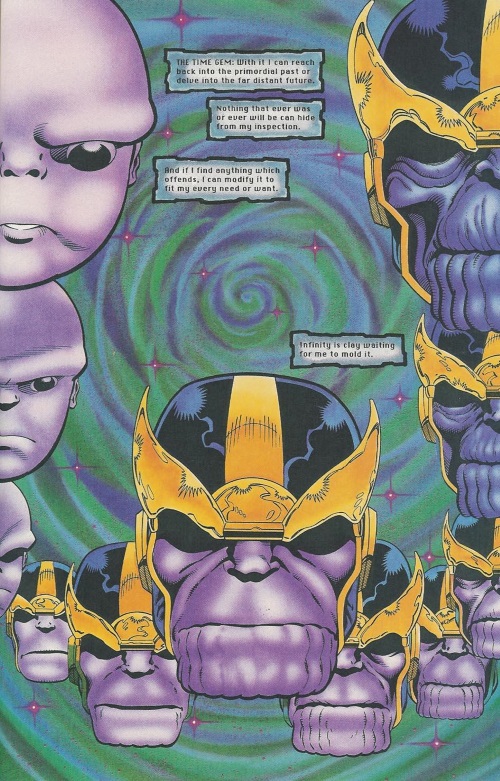 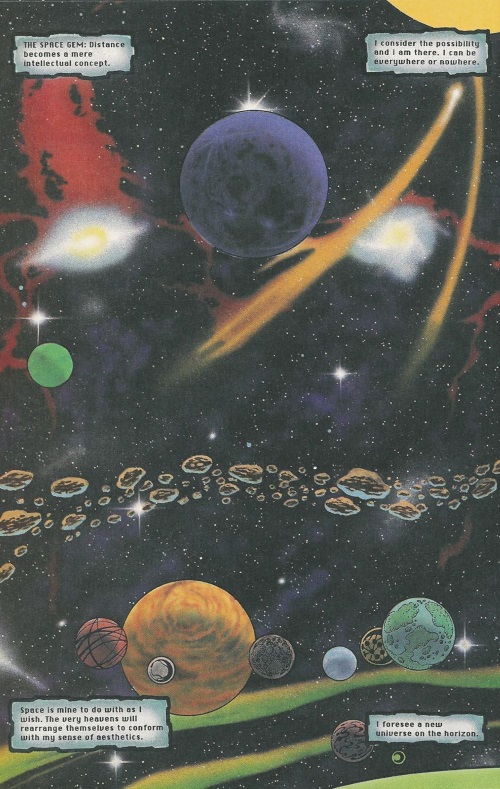 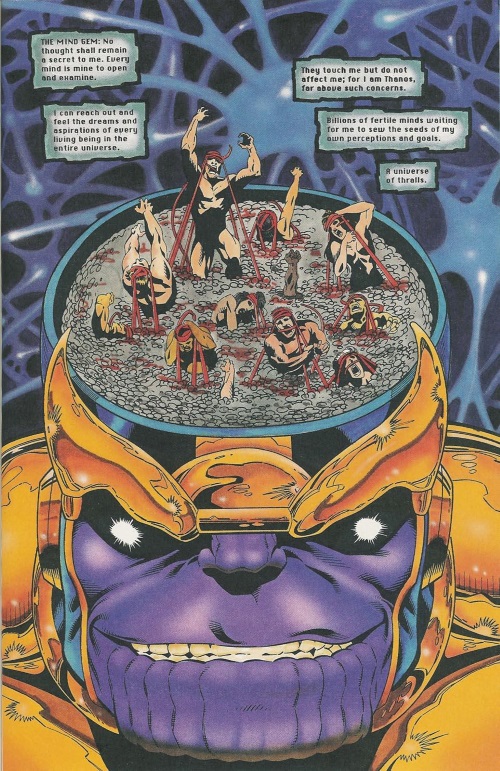 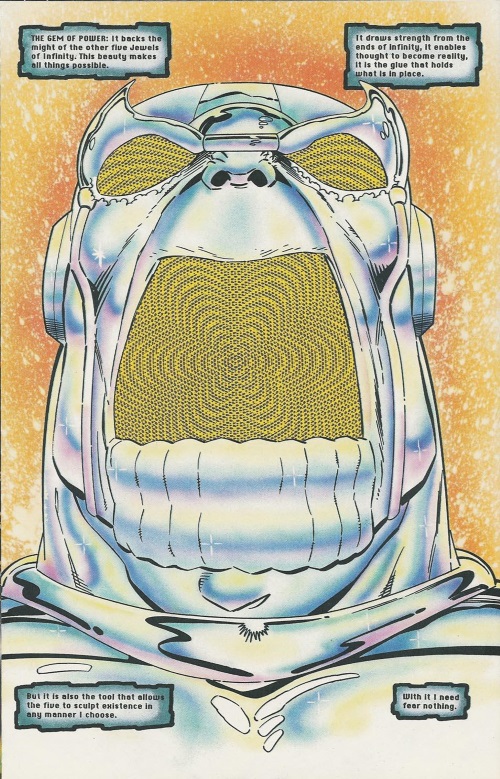 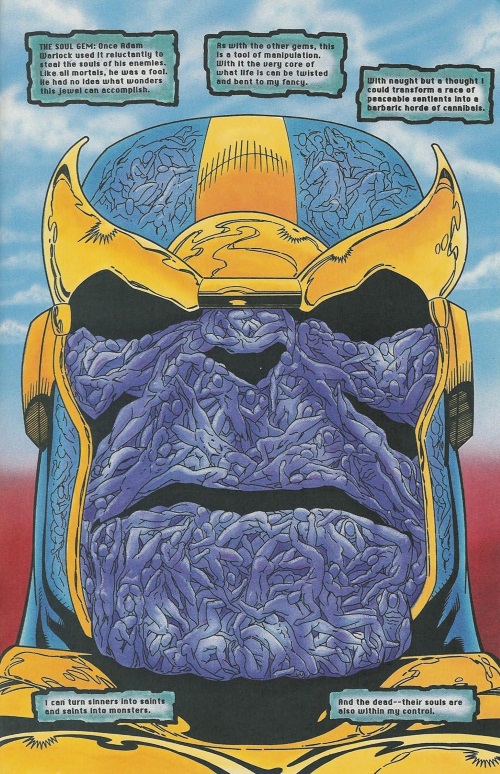 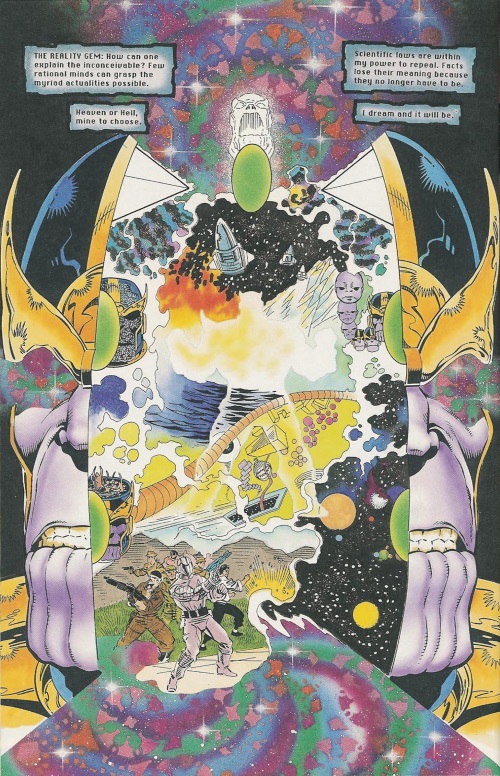 The Beyonder (Marvel) shares omniscience with his girlfriend Allison and she doesn’t like it in Secret Wars II #4. 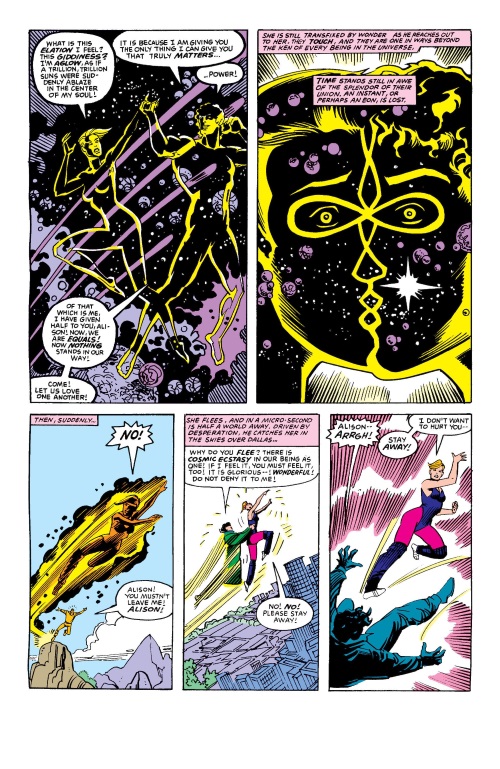 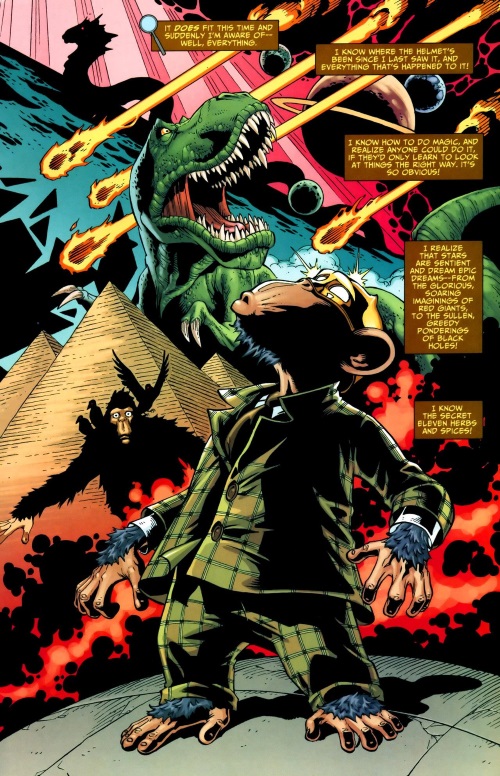 Mr. Majestic (Wildstorm) can become omniscient for a second. 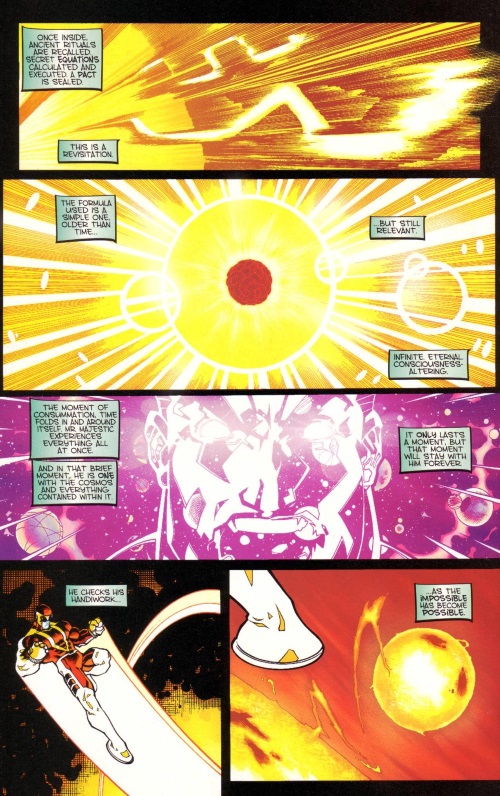 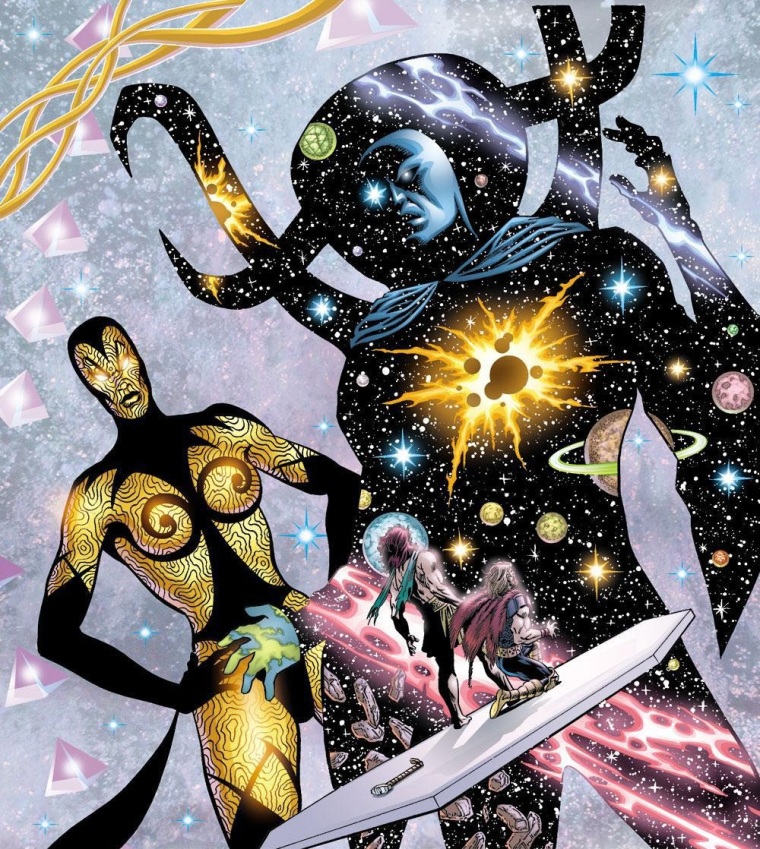 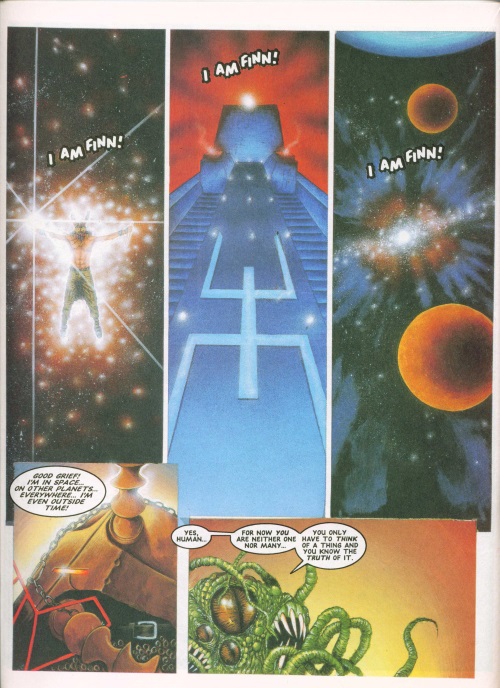 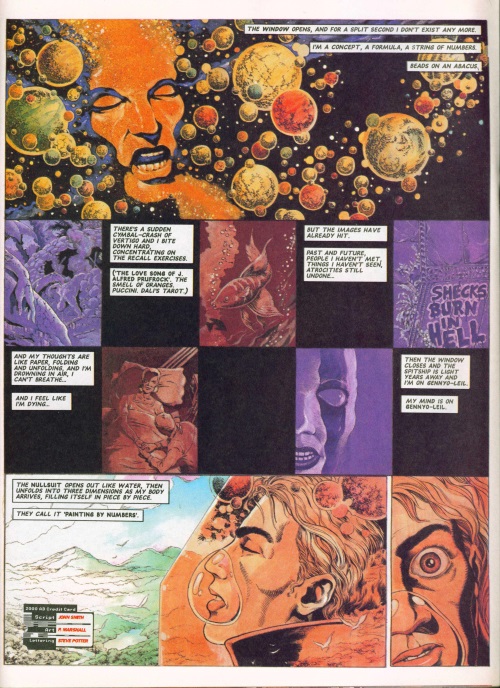