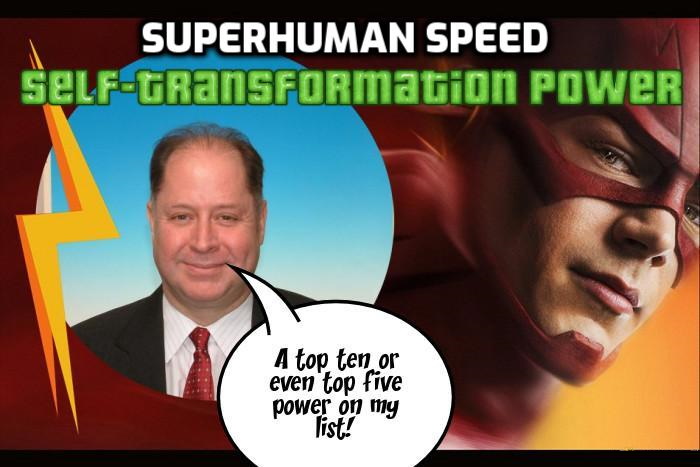 Superhuman Speed – The ability to move, run, fly, react, think, and sense at speeds much faster than a normal human. Those with this ability also have accelerated brain activity which allows them to process sensory information so fast that everything seems to be moving in slow motion while the user moves at normal speed.  Examples of characters with this power include Quicksilver (Marvel) and the Flash (DC). Superhuman Speed is also known as Enhanced Speed, Extreme Speed, High-Speed, Hyper Speed, Immense Speed, Supernatural Speed and Super Speed.

In the series DC vs. Marvel, the Flash beat Quicksilver decisively. 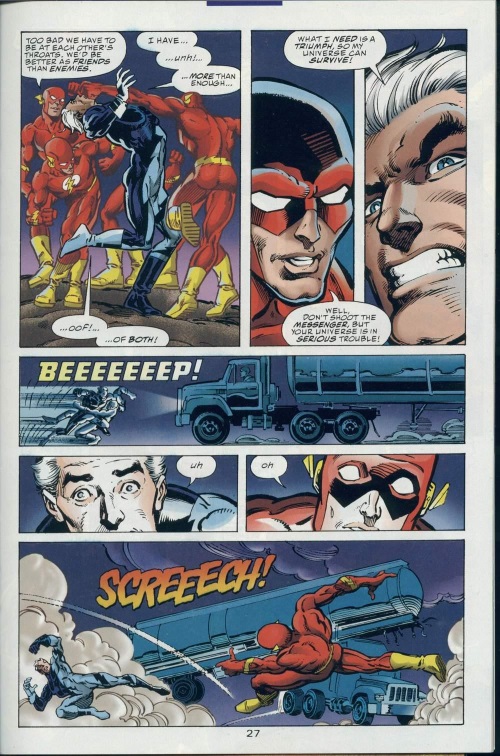 There was a Galactic Marathon in the Marvel Universe. The tryouts included the Black Racer, Captain Marvel (Monica Rambeau), Makkari, Quicksilver, Speed Demon, Super Sabre, and the Whizzer. The actual Galactic Marathon included many one-shot aliens. The fastest being in the Milky Way Galaxy was Makkari. 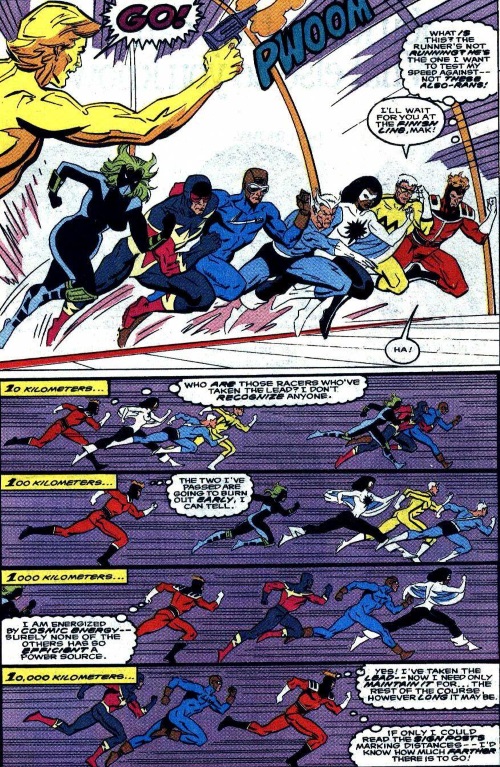 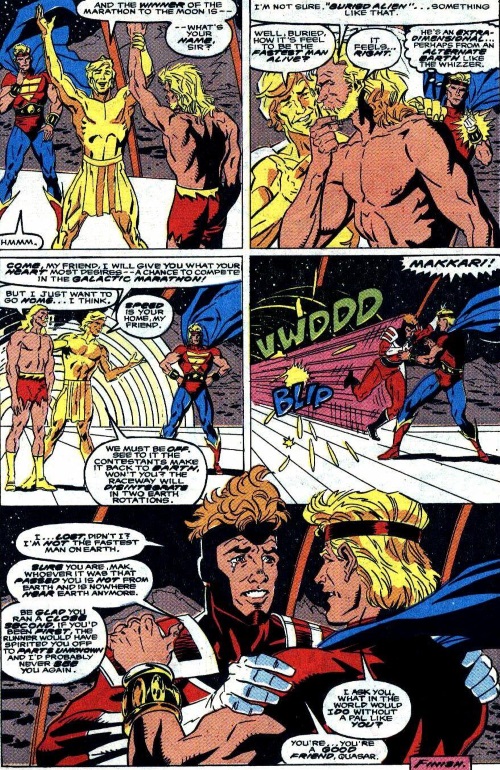 Quicksilver (Marvel) was a speed of sound rather than speed of light speedster during most of his career (DC Who’s Who #19). 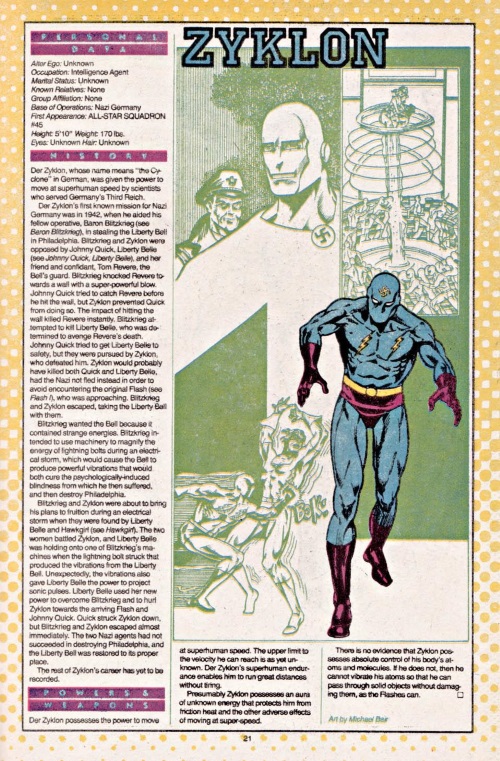 Blitzen is a speedster in the Dakotaverse (Milestone Media Universe Card Set).

Tony Langton aka The Excelerator is a speedster that is part of The Chimera Brigade (Titan). 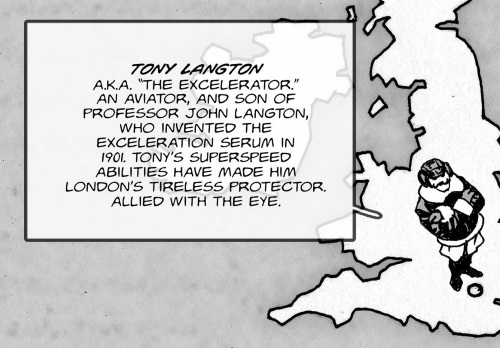 Zip-Zap is a speedster in the Ultraverse (1993 SkyBox Ultraverse). 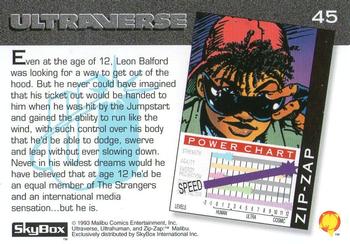 The Ben 10 Universe has three speedsters including: 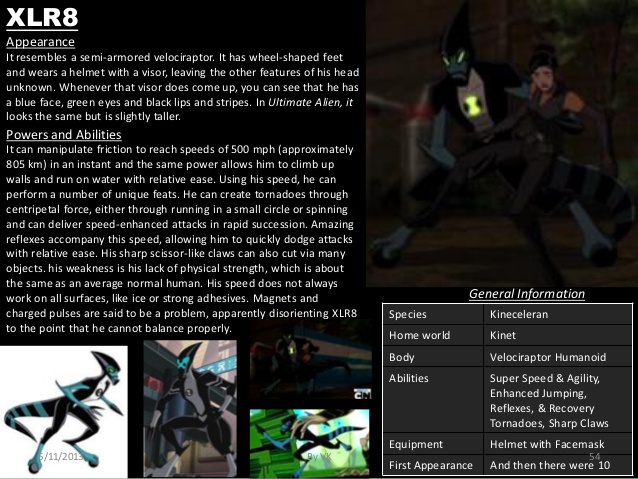 Captain Sprocket is fooled by Speedo in Archie’s MadHouse #60.

Cheetara (Thundercats) is so fast that she can even take on Skeletor in He-Man-Thundercats #3. 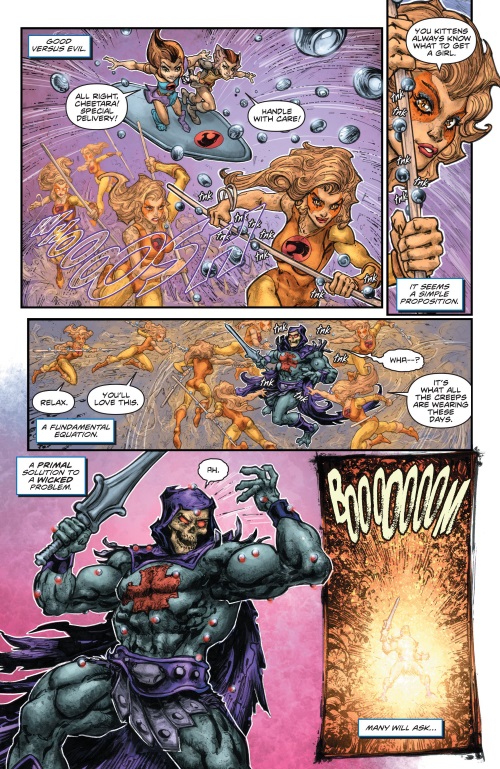 Windsprint (Wildstorm) is similar to the Flash (DC) and belongs to Gen¹³.

The Purple Man (Archie) is so fast that he can fence himself in Madhouse #118.

Shamrock Man (Archie) can out race a bullet in Madhouse #118.

The Slowdown Punishment means that normal citizens seem like speedsters compared to the criminals in Superman V1 #181. 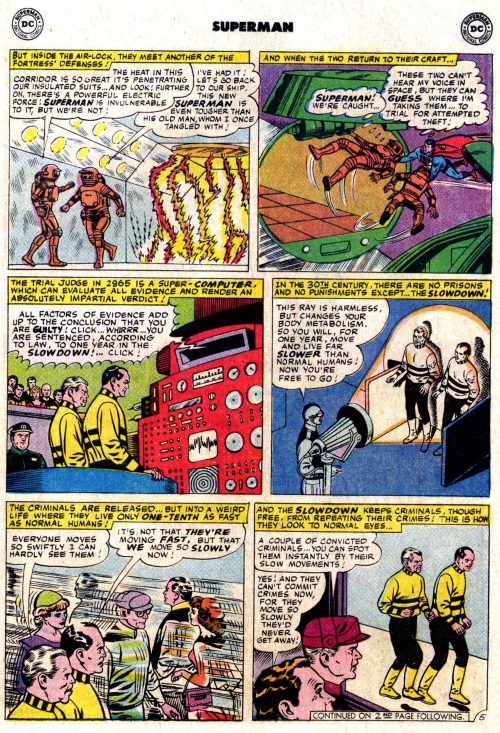 Velocity (Wildstorm) in the Cyberforce-Sourcebook #2.

Moonstalker (Marvel) is a Young God and appears in Spectacular Spider-Man Annual V1 #8.

Superman (DC) faces “The Quicksilver Kid” who is actually the god Mercury in Superman V1 #26.

The Speed Boys (DC) use radioactive sneakers to flee from Batman and the Flash in The Brave and the Bold V1 #67. 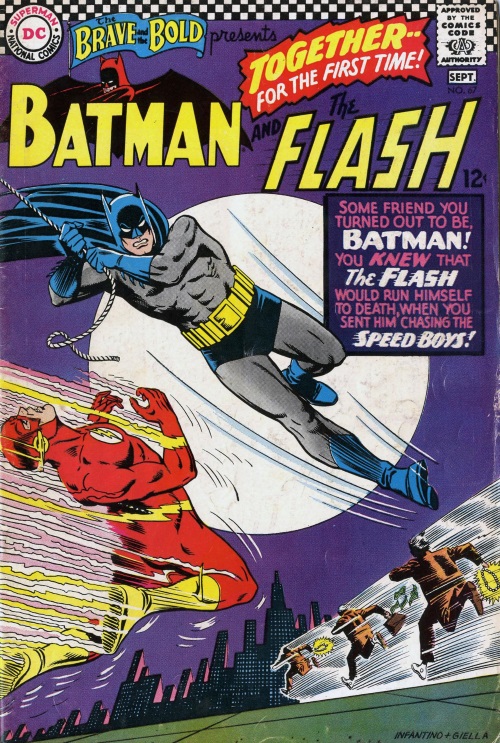 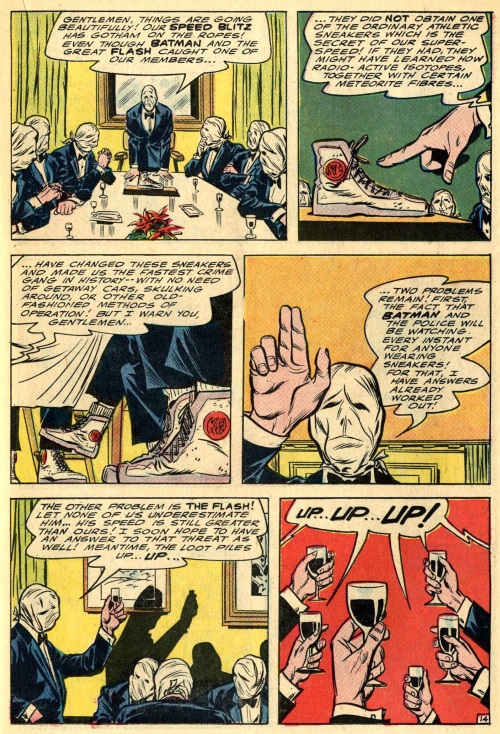 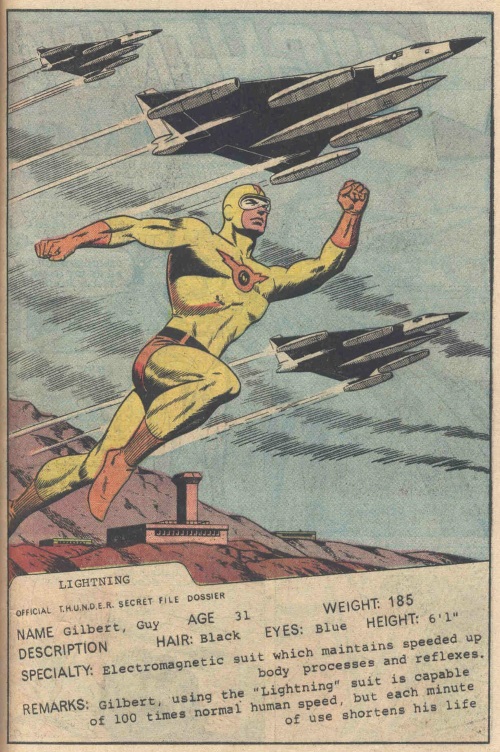 The Tornado Twins (DC) are ancestors of the Flash as shown in Adventure Comics #373. 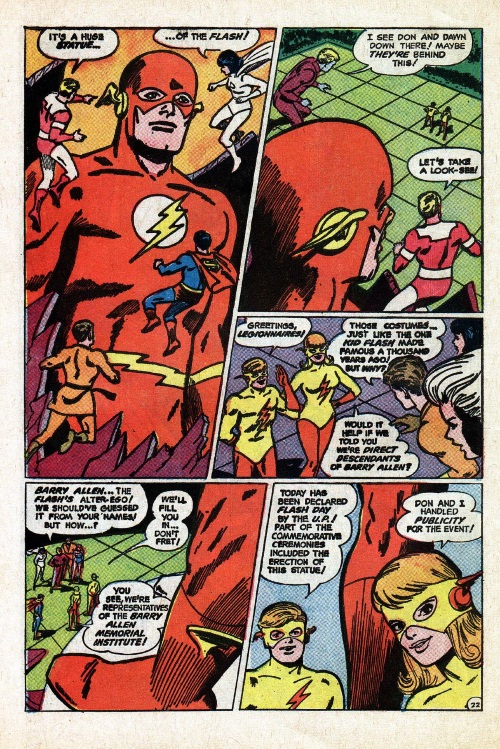 The Zephyrs use their super speed in a very logical manner in Uber Invasion #7 (Avatar). 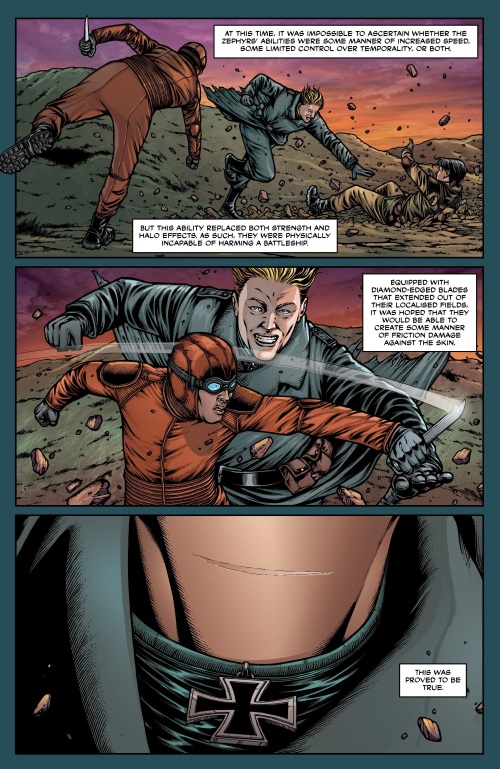 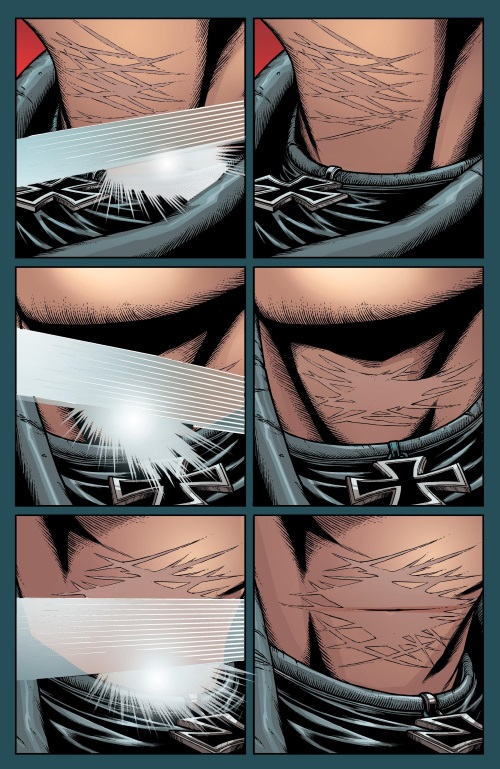 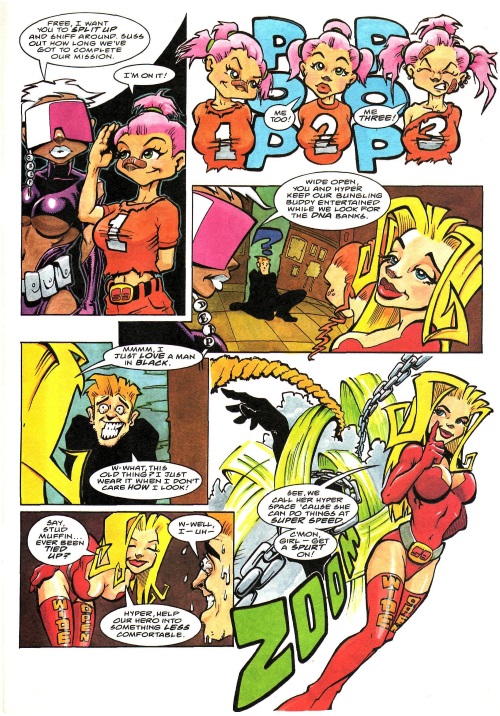 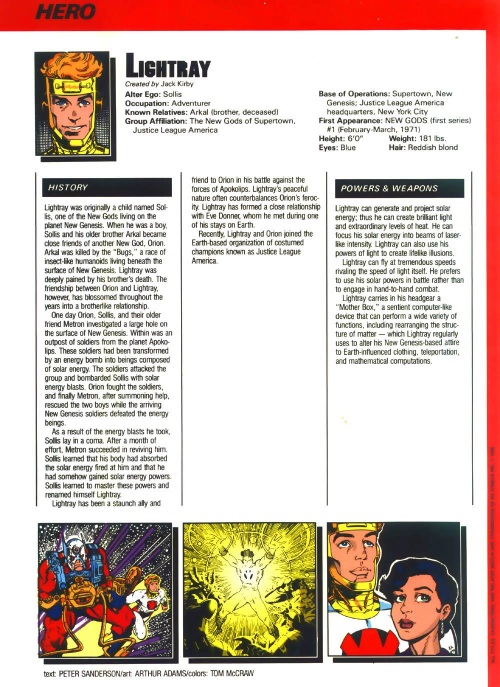